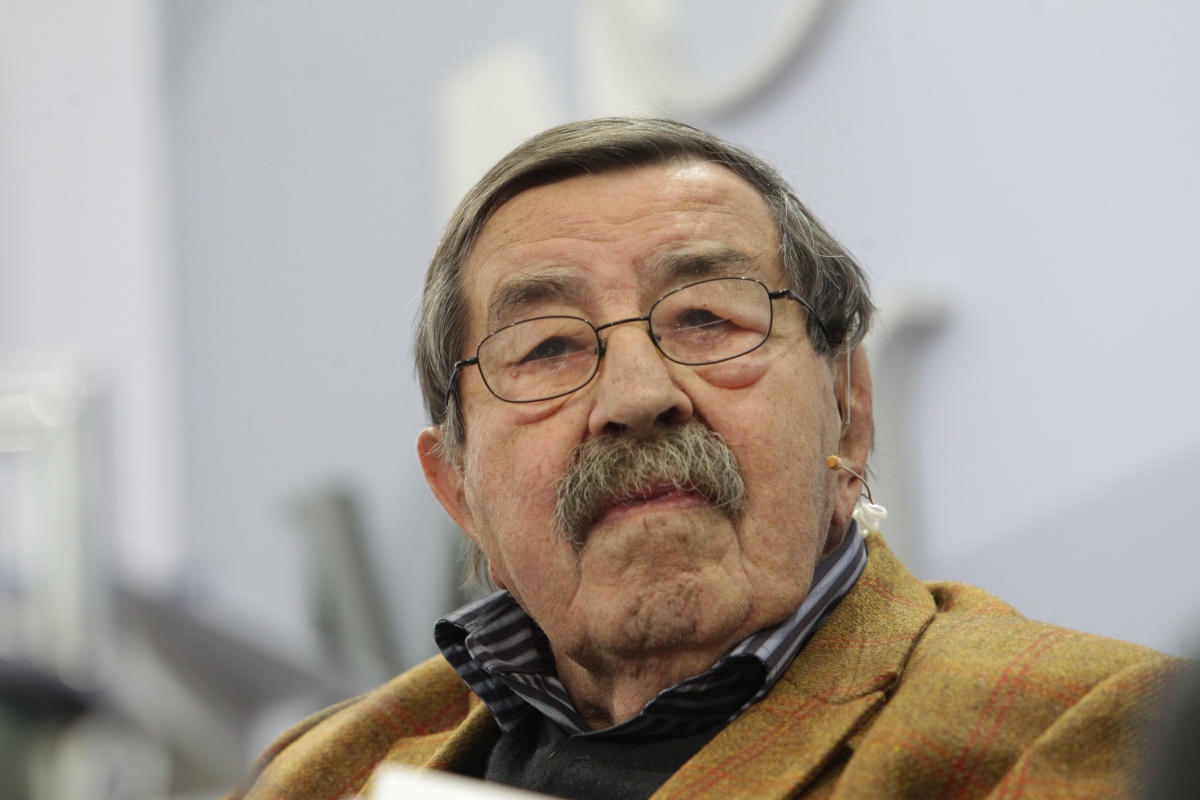 The Nobel laureate died on Monday in a hospital in the northern city of Lubeck, the Steidl publishing house said.

Grass quickly followed his debut and best-known novel The Tin Drum with Cat and Mouse and Dog Years, all dealing with the rise of Nazism in his hometown of Danzig, now Gdansk in Poland.

He won a string of international awards, including the Nobel Prize in Literature in 1999 and continued to publish into his 80s.

Later in life, the novelist, poet, playwright and sculptor, often seen chomping on his pipe and sporting a walrus moustache, courted controversy with a provocative poem that painted Israel as the Middle East’s biggest threat to peace.

The prose-poem entitled What Must Be Said, published in 2012, voiced fears that a nuclear-armed Israel could mount a “first strike” against Iran, triggered accusations of anti-Semitism and a ban from Israel.

After years of urging Germany to come to terms with its World War II past, the outcry further darkened the shadow cast by his 2006 bombshell admission that he had served in the Nazis’ elite Waffen SS after being conscripted into the corps as a teenager.

Grass remained defiant in the face of the backlash over the poem but admitted he found the accusations of anti-Semitism “hurtful”.

Grass’ works have a strong political dimension and are considered part of the German literary movement dealing with “coming to terms with the past”. But he was also not averse to commenting on, and stirring, controversy beyond his nation’s borders.

He likened the cartoons of the Prophet Mohammed that appeared in 2005 in a Danish newspaper to Nazi caricatures of Jews, and criticised ex-US president George W. Bush for using religious terms to describe his “war on terror”.

Grass was born on October 16, 1927 in the Baltic port city of Danzig to parents who had a grocery shop.

A passionate visual artist who also studied sculpture and graphics, Grass’ work and psyche were marked by Germany’s past.

His first three books, known as the Danzig Trilogy, are set in the ethnically-mixed region of his childhood. Danzig was handed to Poland after the war, when its ethnic German population fled or were expelled.

Grass defined himself in a 1969 interview as a humanist allergic to ideologies of any kind “to the point of wanting to attack any belief that claims to set absolute objectives”.

Grass put his more than 60-year silence over his Waffen SS conscription down to wanting to use his 2006 memoir to fully explain his past.

“What I accepted with pride in my younger years I wanted to keep quiet about after the war because of my growing shame,” he wrote in the autobiography Peeling the Onion.

Spain and Portugal see major leaps in monkeypox infections
Peter Dutton touted as next Liberal leader as he claimed victory in Dickson
Volodymyr Zelensky: How war will end as Ukraine ‘breaks backbone’ of Russian army
Jim Chalmers decries Coalition waste as Labor hits the hustings amid downpours in Queensland
Anthony Albanese, Scott Morrison cast their votes in Sydney
Australian aces at French Open out to show there’s life after Ash Barty
Nine classic books you can get for free online
Today's Stories