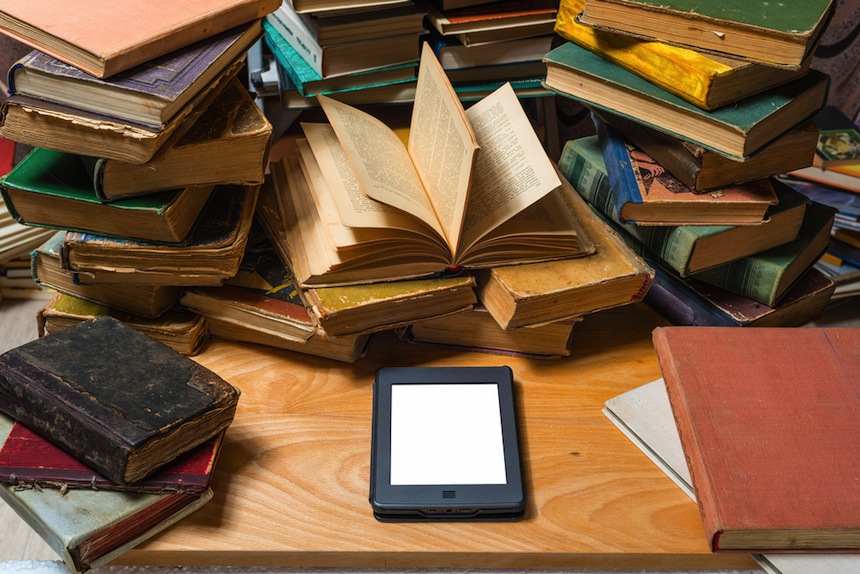 The best things in life are free, right?

Perhaps not when it comes to the latest iPhone or a dinner at The Fat Duck, but in the case of classic literary works the old saying holds true.

Thanks to copyright laws that allow published works to be freely distributed after a certain period of time, the internet is full of reputable eBook sellers handing out novels for nothing.

• Women of letters: how they’re reviving a lost art
• Australia’s 101 favourite books of all time
• 20 things that are just a big, fat waste of money

Here is a list of the best classic books you can get for free and where to find them:

George Orwell is perhaps the most forward-thinking, seminal and lauded writer the world has ever seen with a lot of his praise stemming from the ultra-futuristic 1984.

While Animal Farm is still a very well-known book, it lacks the undeniably popular hook of a world under omnipresent government surveillance that 1984 has.

Behind that innocent farmhouse exterior lies a piercing piece of allegory that comments on and details the happenings in the lead up to the 1917 Russian Revolution and the preceding Stalinist era.

You learn about history and communism through the prism of cute little pigs and horses. What’s not to love?

This novel that chronicles a day in the life of an Irish man in Dublin on 16 June 1904 is considered to be one of the most important works of literature ever, thanks to its endless examples of humour, experimental prose and expert characterisation.

There is no denying it though, it’s a long book. But those who endure will be rewarded by being able to say they’ve read the “Best English Language Novel of the 20th Century” according to Modern Library.

Get it free at Amazon or listen to it on YouTube

This is the German novel that was adapted by legendary Hollywood figure Orson Welles for his 1962 film of the same name, which he called “the best film I ever made”.

Like many of Kafka’s celebrated works the book is a dark psychological tale where main protagonist ‘K.’ fights for justice when charged with an unnamed crime by an unnamed authority.

Adding to the mystery of the novel is the fact it was never properly completed by the author, although it does feature a chapter at the end which seems to tie things up nicely – but not irrefutably.

Have you always wanted to journey down the great Mississippi River that runs down the belly of the United States of America, but haven’t had the time or the money?

Well, now you can sample the people, sights and sounds of the great body of water from the comfort of your own home by diving into Mark Twain’s wonderful story of adventure.

Apart from transporting you into the world of the Mississippi, the work is at times a scathing and honest example of the racism that once plagued America and the world.

This book has been referenced in pop culture thousands of times since it was published, most recently in the HBO series The Newsroom by idealistic anchor Will McAvoy and his Director of News, Charlie Skinner.

The story’s protagonist is a man who reads so many tales of chivalry that he decides to set off on his own journey to revive it by righting wrongs and doing numerous good deeds – in The Newsroom McAvoy likens his “mission to civilise” through reporting important news over celebrity gossip as being reminiscent of the character’s mantra.

It is a piece of work considered to be well ahead of its time and also a true masterpiece, so if you’re up for a challenge like Quixote was, give it a shot.

Conrad’s narrative of the experiences of an ivory merchant’s journey down the Congo River in Central Africa is one of the more haunting and disorientating stories ever written.

The book was the basis for the cult film classic Apocolypse Now – the screenplay by Francis Ford Coppola borrows heavily from the novel but transports it to the Vietnam War era.

It is one of the most influential and noted works of literature ever, exploring the effects of imperialism on tribal cultures – a topic still very relevant today.

Get it free at: Amazon or listen to it on YouTube

Baz Lurhmann’s recent film adaption of the novel disappointed a lot of the book’s most ardent fans. That is saying something, because the Australian director spared no expense or effort in compiling a truly powerhouse cast and elaborate set.

The fact people were underwhelmed speaks to the quality of the original book. It is a subtle yet vibrant piece of art that perfectly captures the period.

8. The Adventures of Sherlock Holmes by Sir Arthur Conan Doyle (1892)

There must be a reason why this character has been re-imagined in text, film, television and radio so many times since he first appeared in 1892. The United Kingdom and then the world fell in love with Holmes and then his trusty sidekick Watson, distinguishing them in a particularly crowded crime/mystery genre.

That detective Holmes has endured for so long is reason enough to dive into the story that introduced him.

Get it free at: Amazon or listen to it on YouTube

The social and economic pressures that Dickens humorously and pointedly criticises in the United Kingdom, at a time when utilitarianism and industrialisation were taking over the nation, are still very much relevant today.

While he has many novels featuring an array of interesting characters, none are as memorable, often ridiculous and endearing as the ones he paints in Hard Times.

Nine classic books you can get for free online