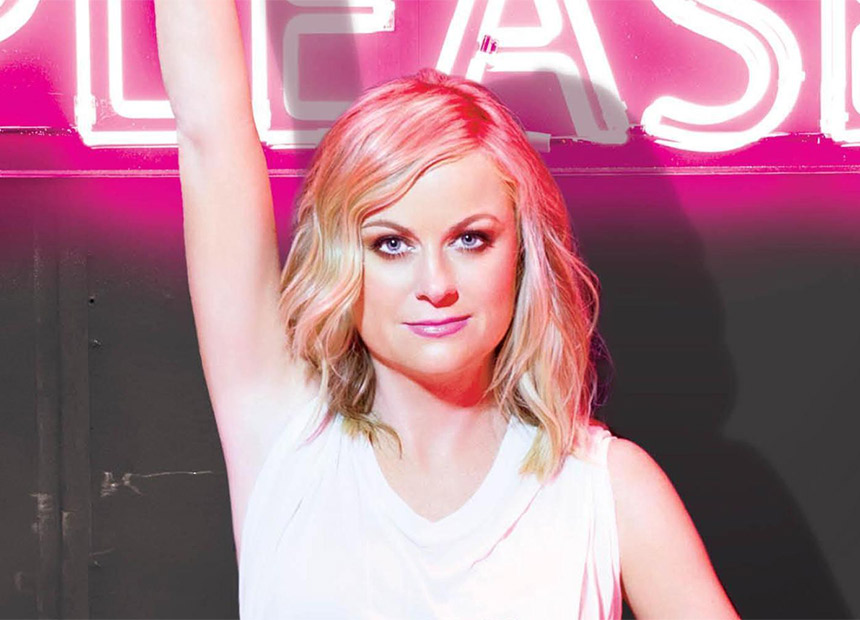 In the great tradition of celebrities releasing tell-all stories about their rich, sometimes sordid, and varied lives comes seven memoirs with real substance.

From Amy Poehler’s highly anticipated Yes Please and cult British designer Vivienne Westwood’s musings on life as a prolific designer, to Neil Patrick Harris’ rise to the top of the entertainment industry, the following memoirs stir the pot on what we expect from traditional biographies and autobiographies.

· What were the top 10 books of 2014? Find out here
· TND’s ultimate Christmas books gift guide A truly beautiful memoir, this gorgeously bound, heavy and meticulously illustrated history of the incredibly creative force that is school-teacher-turned-global-fashion-powerhouse Vivienne Westwood is far more than a treatise on beautiful clothes. Though it’s definitely that too. While it opens amidst the hullabaloo of Paris Fashion Week Spring/Summer 2014, with delicious recounting of all the madness that ensues in this haute couture whirlwind, award-winning biographer and actor Ian Kelly paints a picture of an indomitable woman. Westwood’s own voice is ever-present, and what a lyrical way with words this eco-activist and punk doyenne has too, “a woman more famous in the Far East than the Queen or Madonna”.

Born in 1941, with Britain bombarded by the Luftwaffe during WWII, the book is also a riveting account of how the fabric of that nation altered, from war to austerity, to the swinging 1960s and the sexually awoken 1970s. Westwood’s personal history is compelling, through three marriages and now juggling the duties of a grandmother with putting together Vogue-captivating collections. From Mick Jagger and Tracey Emin to Chrissie Hynde and John Lennon, the characters rolled into this life well lived are a testament to Westwood’s pull. Kelly and Westwood put it perfectly: “If you think fashion can never be more than frippery or that seventy-year-olds have less right, not more, to lecture the world about its future or bear standards for its past, then you can lay aside this book. As Vivienne said to me the other day, it’d save on trees.” Choose Your Own Autobiography

All-singing, dancing and acting superstar, all-round lovely man and best Tony Awards presenter ever, Neil Patrick Harris first fell in love with the 1980s craze of Choose Your Own Adventure novels, where you were given various possible actions and flicked through the pages accordingly, while working in a book shop as a teenager. The decision to lay out his memoir in this format is inspired, especially during the hilarious Sliding Doors-style possible failures – such as being beaten to death with a bowling ball by his loving partner David. It perfectly captures the zany good humour of this charismatic young man who’s already achieved way too much for his still relatively tender years.

What shines through is his general zest for life, and a handy ability to be too dorky to get lost to drugs or booze. Though David does actually almost die after plummeting from a perilously high jungle canopy while they are both off chops on both, so he was right to avoid that mostly. It is, however, the moment they realised they were thoroughly in love, with gorgeous kids to follow shortly. Filled with cute illustrations, it also has even cuter commendations from friends including Whoopi Goldberg, his co-star in his film debut Clara’s Heart, and Doogie Howser, M.D. producer Steven Boccho. There’s even an apology from Perez Hilton, who infamously outed Harris, though as Harris’ own mum points out: “You almost had to have a board slapped against your head not to know he was more interested in men.”

Purchase Choose Your Own Autobiography here Keeping up with the quirky cool presentation of the previous two memoirs, Amy Poehler’s Yes Please is a lush and shiny treasure that zings with her trademark good humour, demonstrated ably on Saturday Night Live and Parks and Recreation, as well as in her comic team-up with the best friend and twice Golden Globe co-presenter, the irrepressible Tina Fey – there’s a hilarious pay back for Fey’s entire chapter in her memoir Bossypants with a rather more flimsy entry here and a request for Fey to write it up better. Poehler describes Fey’s memoir effort, alongside those of Lena Dunham and Caitlin Moran, as “superb and infuriating”.

As with Westwood’s, Poehler actually opens with a musing on whether you should read Yes Please or not, and goes to great lengths to point out how hard it was to write with “a job that keeps me shooting twelve hours a day, plus two children under six… going through a divorce”, but believe me, it’s well worth the ride and comes handily punctuated with gorgeous photography, including Poehler in Hillary Clinton costume astride the actual Hillary Clinton. Not afraid of admitting her own mistakes, what comes across clearly is that Poehler’s both wildly ambitious, ridiculously funny and a bloody good sort too. If, like me, you can’t get enough of Mr Fry, whether it’s a twice-daily dose of QI on the ABC, one of his many TV drama and comedy series or big-screen outings, then More Fool Me is the Christmas gift for you. His at once deeply witty and searing honest intelligence emanates from every page. Packed full of famous cameos, whether it’s Prince Charles and “the wife”, Di turning up for Christmas tea and cake or the berserk interruption of certain band member of Oasis while Fry plays pool with a certain member of Blur, there’s loads of hilarious gossip, all delivered in the most tasteful of ways – he suggests Rupert Everett for more indiscrete and also wonderful tales. Not that it’s all fun, with a detailed account of his struggles with mental ill health and cocaine addiction. He even gives you three for the price of one with a rapid-fire round-up of his previous two memoirs Moab is my Washpot and The Fry Chronicles, apologising to those who’ve already read them. The Life And Loves Of A He Devil

From one much-loved British comedian to another, Graham Norton’s uproariously camp antics make his chat show one of the most likely to catch sundry celebrities off guard, complete with whacky chair dumping antics. The warmth of his off-the-cuff humour is present and deeply incorrect in this fabulous memoir that take a slightly different approach in that it lumps together life experiences into groups of what he loves, with a fairly nostalgic air post-50th birthday and resulting near-death experience with a bad oyster. Not for the faint of heart at times, there’s a particularly dubious incident with a condom and his pet dog in a park (not what you think), a love letter to his Irish birthplace, however grudging it may once have once been, and some cray cray experiences with US TV producers. Oh, and he gets to meet his diva idol Madonna but, as is often the way, it’s a real case of ‘be careful what you wish for’.

Purchase The Life and Loves of a He Devil here From the mining communities of South Africa to wartime Britain and then, by way of an already incredible dance career, Dame Maggie Scott found herself living in Melbourne. Undaunted by a serious back injury, she became the inaugural director of The Australian Ballet, where she was a guiding light for almost three decades. A testament to an impregnable force in this country’s cultural make-up, A Life in Dance is a fascinating read captured in minute detail by Canberra-based dance critic Maggie Potter. There’s some gorgeous archival photography, including the dame with Princess Di, as well as her final curtain call as the eponymous star performer of Nutcracker: The Story of Clara, a deeply touching and powerfully resonant image. Potter told Fairfax Media that she was on the same plane as the Duke and Duchess of Cambridge while working on the manuscript and apparently Prince George reached over and added a few random letters to the Word doc on her laptop, so I guess that gives it the royal seal of approval too. It certainly has mine. With a sort of sepia-toned, whimsical air of nostalgia, journalist and Graham Kennedy biographer Graeme Blundell traces the life of one of Australia’s most-celebrated entertainers, radio, stage and TV star Bert Newton. From the rumbling of Melbourne’s tramcars past his North Fitzroy home as a young boy, to the days when radio ruled the airwaves, and then straddling both worlds when TV really didn’t kill the radio star, it’s a snapshot of a country in flux. Kennedy features heavily in these pages, as the two were all but inseparable as part of a rapid-fire comedy duo in the golden era of In Melbourne Tonight. It also covers extensively Bert’s reining over the Logies and budding romance with, and televised wedding to, sweetheart Patti McGrath, and subsequent pantomime career. But it’s not all roses. The biography deals with Bert’s nervous collapse and subsequent treatment with LSD injections, and it doesn’t shy away from his troubled son Matthew’s much-publicised fall from grace. While this could certainly have more material from the man himself, it is, nevertheless, a real-time capsule of almost 80 years of Australian popular culture.

All about them: these are the best memoirs of 2014