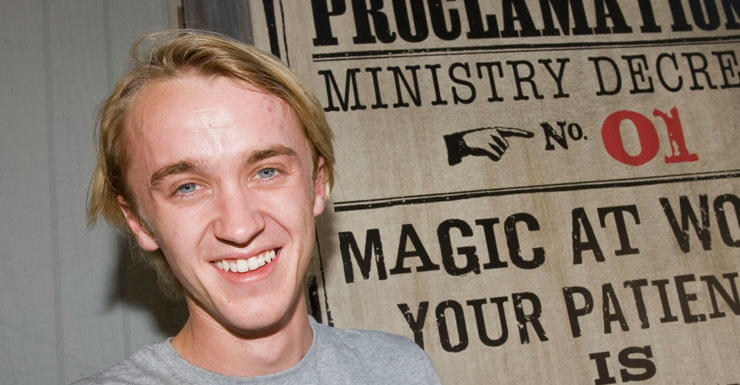 Harry Potter author JK Rowling has finally completed the backstory of one of her most reviled characters.

In the latest instalment of her 12 Days of Christmas series, Ms Rowling reveals facts about the white haired bully’s childhood.

It was the hope of Draco’s mother and father that Harry Potter could be “another, and better” Voldemort, the evil wizard of her hugely popular young adult fiction series, she writes. This was, of course, never to be.

• Forty strange facts about the English language
• All about them: the best memoirs of 2014
• The top ten books of the year

Ms Rowling also writes that Draco becomes a much nicer wizard in later life, thanks to the ameliorating influence of his wife, Astoria Greengrass.

“As Astoria refused to raise their grandson Scorpius in the belief that Muggles were scum, family gatherings were fraught with tension,” Ms Rowling writes.

The story is followed by Ms Rowling’s thoughts on the character. She pities Draco, but does not sympathise with those who like him.

“I have often had cause to remark on how unnerved I have been by the number of girls who fell for this particular fictional character (although I do not discount the appeal of Tom Felton, who plays Draco brilliantly in the films and, ironically, is about the nicest person you will ever meet,” Ms Rowling writes.

“Draco has all the dark glamour of the anti-hero; girls are very apt to romanticise such people. All of this left me in the unenviable position of pouring cold common sense on ardent readers’ daydreams, as I told them, rather severely, that Draco was not concealing a heart of gold under all that sneering.”

Ms Rowling has also revealed in recent days that there were gay and lesbian students at Hogwarts, and bebunked the popular theory that Severus Snape was a vampire.