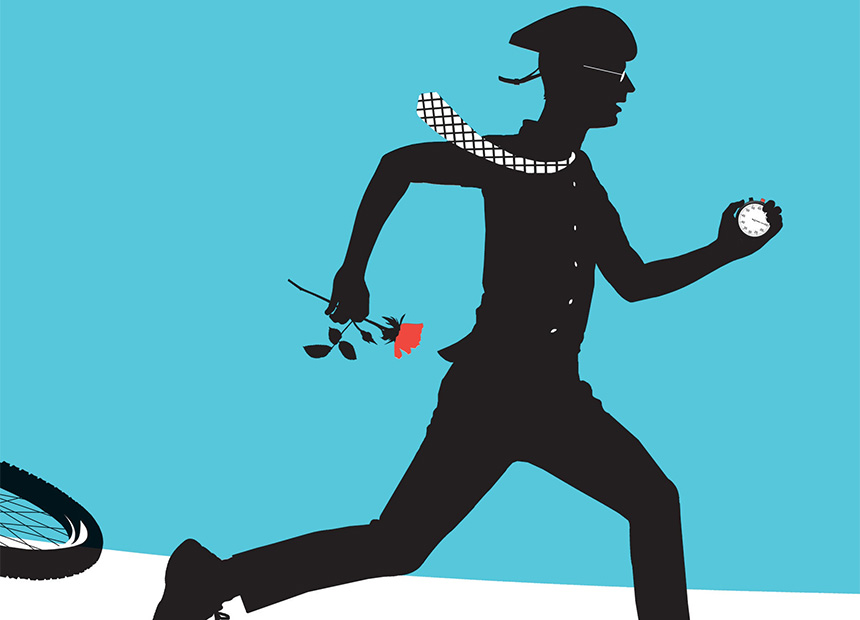 While he planned it down to the finest detail, things didn’t quite go to plan. Don ended up with the mathematically unsuitable but undeniably fun Rosie Jarman, with the pair relocating from Melbourne to New York at the end of The Rosie Project, Don lecturing at Columbia and Rosie studying medicine. And that was supposed to be happily ever after.

· Nine bestselling books you’ve probably never heard of
· Death of the book shop: the end, or a new chapter?

Simsion intended to tell a brand new story but found himself drawn back to Don and his particular brand of deadpan, devil-in-the-detail humour, despite tying up all the loose ends. That’s what triggered the launch of the sequel, The Rosie Effect, on September 24.

“I was under no pressure to write a sequel; it was my own decision to change my mind, because I found a way into it creatively,” Simsion says. “Even before I had the plot sorted out, I wrote a couple of chapters just to see if Don still had life in him and if the voice was still there.” It was. Upping the ante, The Rosie Effect has the now-married couple expecting their first child, a bombshell Rosie drops on the psychologically unprepared Don just as he’s about to deliver the considerably less welcome news that his philandering best mate Gene is on his way over from Melbourne and will be crashing at their New York pad.

Simsion did not predict that women would account for the majority of sales of The Rosie Project when he delivered the first manuscript. When his publisher asked who he thought his audience was, he answered, “people like me, middle aged men.”

They politely told him to think again. Since then, the blokes have slowly caught on, including very public praise from Microsoft founder Bill Gates, who has hailed it as, “an extraordinarily clever, funny and moving book about being comfortable with who you are and what you’re good at”.

“I’ve always had this desire to get more men to read the first book,” Simsion says. “It tends to be their wives or partners who pass it to them and they realise that, although it’s not a crime novel or non-fiction, it’s actually ok to read.” He’s since had a variety of male Australian business and political types admit it’s on their bedside tables too.

Don’s particular quirks, which would appear to rest somewhere along the autistic spectrum, are drawn from a variety of figures in Simsion’s own circle, many of whom he says are too old to have ever been diagnosed as a child. Rosie has shades of his wife, fellow author Anne Buist, and also hints of a former girlfriend, which seems like an awkward pairing. “Anne genuinely understands that the people who end up on the page, unless you’re a really bad writer, are never actually somebody from real life, they’re just inspired by, with a bit of this and a bit of that.”

A frequent visitor to New York, Simsion wrote half of the first draft while on one trip, and much of another revisiting all the locations mentioned in The Rosie Effect to make sure he got all the details right, but ultimately place takes a backseat to character in this genuinely affecting novel, with Don in particular a fascinating character. “I love writing Don Tillman,” Simsion admits. “You put him in any situation and simply ask, ‘what would Don do?’ A lot of the humour arrives very naturally.”

And as far some accusations that Rosie isn’t a well-drawn or likeable character? “Sometimes Rosie says she’s leaving Don to get an emotional reaction,” he says. “I’ve got her doing a PHD, she’s under a heap of pressure at work and she’s pregnant. She comes home, just wants a cuddle and he’s telling her she’s made a technical error over orange juice.”

With Sony Pictures having already optioned the rights and Simsion having penned the screenplay, Rosie and Don may be headed to cinema screens near you soon. Did he ever imagine he would be so successful straight out of the gates? “I have huge ambitions, but had no realistic expectation my first novel would do so well,” he says. As Don found out, the spreadsheet projections aren’t always reliable.

Chick here for Simsion’s appearances around Australia, the first at Reader’s Feast in Melbourne tomorrow afternoon at 1pm.