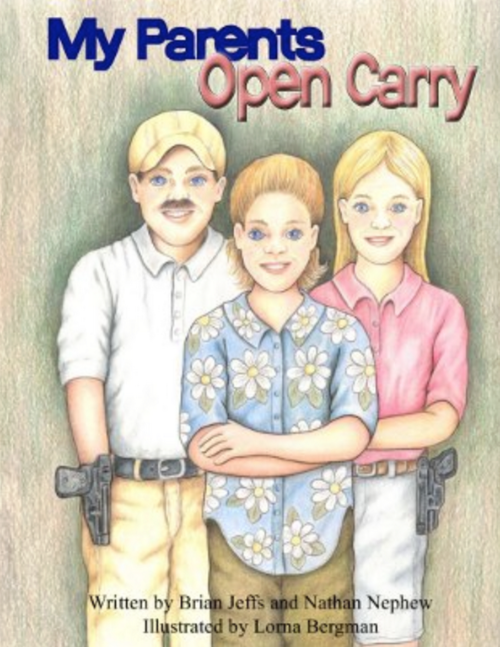 A new book which promotes to children the benefits of having parents who openly carry guns has been called as one of the worst children’s books ever.

The US authors of My Parents Open Carry have defended the book, saying that it is “wholesome” and that it “reflects the views of the majority of the American people”, according the book’s website.

The story depicts a typical family going about weekend errands but explains that they are part of a growing number of families “standing up for their 2nd Amendment rights” by openly carrying firearms.

For the first time in my 25 years in the biz, a children’s book leaves me speechless. pic.twitter.com/yrs3MQEH8g

The authors insist that kids need to feel more comfortable around guns, despite reports that 20 American children are hospitalised with gun related injuries every day.

The book’s official website credits one of its sponsors as ‘National Take Your Daughter to the Range Day’.

Despite widespread criticism, many have supported the book, writing glowing reviews for the horrifying book.

John Roshek, founder of ‘Citizens League for Self-Defense’, said that he loved the book and had ordered a copy for his school’s library.

Is this the worst children’s book ever?