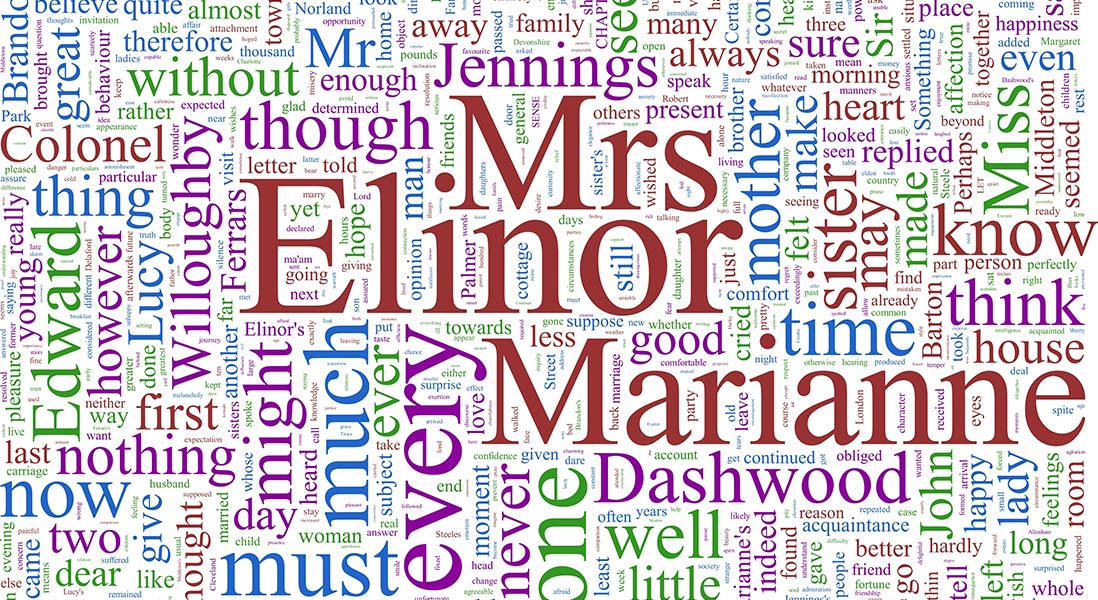 The Austen Project
Sense & Sensibility
A Q&A with Joanna Trollope

1. Sense & Sensibility is launching The Austen Project – what was it about the idea of a modern re-telling of Jane Austen‘s novel that caught your imagination?

My first – and I have to say, last – reaction when the idea of updating those novels was put to me, was: how brilliant! Jane Austen’s preoccupations – romance, money and class – are timeless, which is one of the main reasons that puts her at the head of the much beloved, as well as classic, category. She is also completely serious about any character or emotion that requires respect, while at the same time displaying a wonderful capacity for mockery and spot-on censure for folly and unkindness in any form. And so, while determined that any novel I wrote would be unquestionably a tribute to her genius, and in no way an imitation, I could immediately see that her characters and her narrative would translate absolutely seamlessly to 2013 – which, indeed, they have.

2. The characters that Austen creates are timeless but still, transferring them to current times must have been an enthralling task. Did you find the presence of an existing plot and characters liberating or limiting?

The whole process was a liberation. The characters almost felt that they were transferring themselves to recognisable modern people with very little help from me, so vivid are they. And being freed from the need to invent a theme, a narrative or a cast list for myself, I felt little short of exhilarated the whole time. Of course there were elements that had to be modernised since the characters in the original, a lot of them living on the proceeds of the slave trade (although that is never mentioned as it would have been such a contemporary commonplace) have the kind of leisure that is absolutely unthinkable nowadays. And the outrages – Willoughby’s impregnating of Eliza, say – have to be updated to convey the same level of shock. But these changes were really details in what was an extraordinarily engaging project.

3. In chapter five Belle says: “Then he’d be at complete odds with my Marianne. And me for that matter. We believe in the love of a life, you see.” Marianne really is the living embodiment of the sensibility that was so fashionable in the eighteenth century. How did you manage to update her romantic fervour and make her so likeable?

The thing is that Marianne is likeable, as well as close to impossible, in the original. We know that by the time Jane Austen came to write Sense and Sensibility, her own appreciation of the qualities of level-headedness that Elinor displays far outweighed the current philosophical vogue for sensibility. But Marianne is as much a child of her times – 1809 – as she is, with a slightly different modern interpretation, of ours. It’s just that we have a different way of describing, and of seeing, the same utter belief in emotional self-indulgence and the prioritising of individualism, as she does. What she would call sensibility, we recognise as entitlement. Her belief in finding the love of her life equates to our desire for a soulmate. She may exhibit an exasperating level of self-involvement which is very recognisable today, but she is also warm and welcoming and sincere in her attachments. And she loves her sister, Elinor, she really does. We can all look round our circles of friends and see people in it who are ‘Mariannes’ – maddeningly self-absorbed, and emotional, but also sweet and responsive and sympathetic. Jane Austen’s Marianne is a very modern girl, with all the plusses and minuses that that entails.

4. Sense and Sensibility is so much about how we declare our love, and how the public and private versions of love exist. How did you find writing this interplay? Do you think public declarations through social media such as Facebook and Twitter have changed our modern view on love?

I would guess that no amount of social media actually changes the way people feel, even if it might have enabled, rather than actually changed, the way they express those feelings. The desire to be loveable, and popular, and fancied is as old and as enduring as humanity is itself, and I would guess that the number of modern girls pressured by their peers or their own insecurities into making fools of themselves on Facebook and by Instagram, is exactly the same as it was before these alarmingly public fora existed. You can imagine very easily, can’t you, the Steele sisters taking avidly to Twitter! And I think the fact that I could insert a little modern media so effortlessly into Jane Austen’s narrative is the only proof you need that humanity doesn’t change, even if codes of conduct do!

5. Edward Ferrars is described in chapter two as the ‘redeeming attribute’ of the Ferrars clan. But he has little direction and behaves submissively, at first, towards Lucy’s insistence that they are an item, in contrast to Elinor’s composure and intelligence. Did you find it hard when writing to see them as an equal match and can readers be fully satisfied that Elinor is to marry him at the end?

Oddly enough, I thought that Edward Ferrars was one of the most modern characters in the whole book – or, at least, one of the most recognisable as modern. He has had a bullied and neglected childhood, despite material comfort, and is clearly what we would now diagnose as a mild depressive by nature. There is an unquestioned sweetness in his disposition, but his upbringing – thrusting new money and ambition – is not in the least interested in sweetness, but only in success. His overbearing mother has accustomed him to obeying bossy women, and his sweetness makes him anxious to oblige. So he is easy prey, as a lonely teenager whose family have written him off as hopeless, for a gold digger like Lucy Steele. And Elinor, interestingly, for all her intelligence and self control, is the family missionary. She has appointed herself the Sensible one, the Saffy from Absolutely Fabulous, whose task it is to steer her chaotic little family ship to a safe harbour. If she didn’t like sorting volatile people, she would not be so unbelievably patient with her mother and sisters. Sorting them all is her chosen role – so Edward Ferrars is a natural choice for her. He may not be completely worthy, but he is what she wants.

6. The novel’s themes of status and money imply that some things are never out of date and that men with wealth and power will always be more attractive to women. Would you agree and do you see this ever changing?

I entirely agree. In fact, I would go further and say it’s mainly money that gives both power and sex appeal – and of course, the latter is a form of the former. Looking back at history, emperors, statesmen, successful industrialists, soldiers and entrepreneurs may not have made a universal success of their private lives, but they have never not taken what they wanted – or what they thought they wanted! And to look at the present day, it is only money that stops Fifty Shades of Grey from being a novel about sexual abuse – and I see that the new Sylvia Day will feature ‘a young billionaire’ hero … Now, I wonder why that should be?!

7. What would you like readers to take away from this novel?

I would love readers to take away several things. First, obviously, a sense of pleasure and satisfaction. Secondly, a sense of having been in the company of people they can both recognise and believe in. But thirdly, and most importantly, I would like them to feel a renewed and enormous admiration for Jane Austen, and a strong desire either to re-read the original, or actually, to read it for the first time.

8. Do you tend to read when you are writing a novel and, if so, what?

I read all the time … And what I read is not particularly deliberate, but more often than not, whatever is next on the pile of books waiting to be read because I have been asked to read them or am longing to, anyway! This year, one of my huge reading joys was the entire shortlist for the Womens’ Prize for Fiction – six dazzling books. I can’t think when there has been a stronger shortlist – everyone a winner in my view!

9. Did you re-read Austen’s Sense and Sensibility and if so, did you refer to it as you wrote or did you prefer to keep a distance between you and the text?

I read and re-read it exhaustively, to the point of cannibalising several paperbacks of it to work out the scenes I was going to use, and where I would have to add scenes to bring the narrative circumstances up to date. So I ended up with a tattered re-configured sequence of the original, heavily highlighted. I have left one line of the original in the updated version – I wonder if you can find it?

10. As a hugely successful, bestselling novelist, would you have any guidance or advice for young writers starting out today?

The first thing I would say is that there is plenty of time. You can be too young to write – simply because you haven’t had time to live enough – but you can hardly be too old. Think of the wonderful P.D. James, in the bestseller lists at 94! I remain of the opinion that most people write better after 35 than before, for that very reason. So, don’t be in a hurry! And while you are waiting, train your powers of observation, because that is the hallmark of all successful novelists. Maybe even keep a notebook – not a diary, but a notebook you have with you in which you can record ideas or observations, or snatches of a conversation you overhear, or scraps of dialogue. No amount of noticing of other people is ever, ever wasted for a writer … Good luck!

Joanna Trollope, OBE, is the international bestselling author of 30 novels and has written historical fiction, contemporary fiction and non-fiction. When Joanna considers what has happened to her career in the last 10 years, she often thinks, as her friend Jilly Cooper once said, ‘You’d believe it, wouldn’t you, if it happened to someone else‘.

This article first appeared on Booktopia.