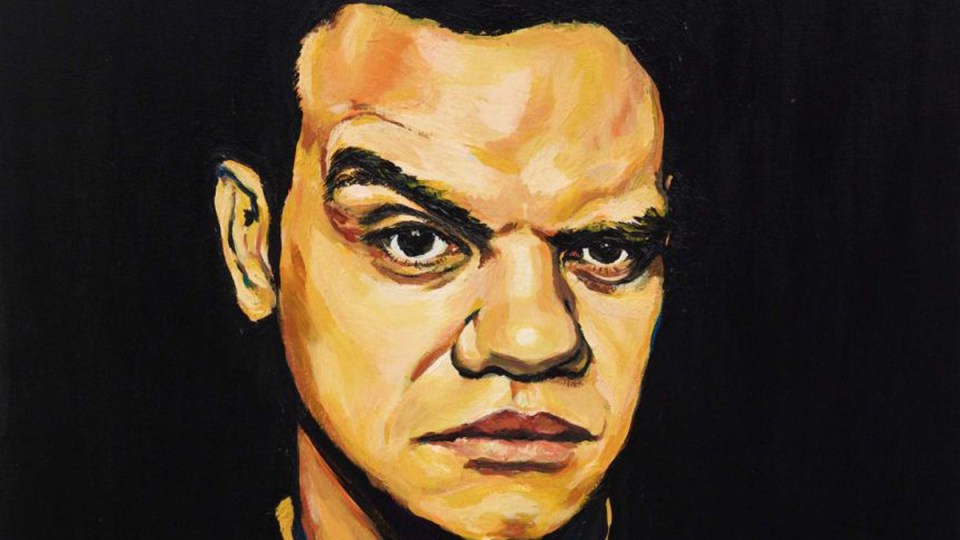 The return of the Archibald Prize, albeit somewhat delayed, can be taken as a signal life in Sydney is returning to normal. Or maybe not.

The announcement of the finalists took place with a reduced media scrum, and likewise the eventual winners will share their moment of glory via a live-stream camera. The traditional Archibald night reception will also be streamed to invitees who must provide their own champagne.

It might be that the enforced idleness of lockdown has concentrated artists’ minds, but this year there are not only a record number of entries (1068) but 40 per cent of the finalists are first-time entrants. This includes Meyne Wyatt, the winner of the packing room prize.

The result is probably the most refreshing Archibald exhibition I can remember.

In the way of all things Archibald, some of the works have already been seen. Behrouz Boochani’s haunting, tortured eyes as painted by Angus McDonald, challenge Australia’s conscience.

His presence here is a reminder that the prize specifies “Australasia”, not Australia, so both New Zealand and Papua New Guinea are welcome. New Zealand is also represented by Jonathan Dalton’s portrait of fellow artist Angela Tiatia.

Because the prize announcement is made from a podium set up in the central court of the exhibition at the Art Gallery of New South Wales, this is the space where the winner is most likely to be hung.

The trustees of the gallery, who are the judges, don’t hang the exhibition but as the curator is present throughout their initial selection she knows which works most excited them. Almost certainly one of the works hanging in this room will be the winner. The trick is to work out which one.

There are four outstanding paintings in the central court, each painted in a different style. Three of them are by Aboriginal artists. The non-Aboriginal artist is Ramesh Mario Nithiyendran whose richly coloured, heavily textured self portrait is as cheeky as the artist.

Kaylene Whiskey’s Dolly visits Indulkana is a magical fantasy. She has long had a love of Dolly Parton and pop culture.

Her delightful naive style is complemented by other equally innocent works hung nearby. There is Emily Crockford’s Self-portrait with Daddy in the daisies watching the field of planes; Sleeping Beauty, Marc Etherington’s mordant portrait of Michael Reid as the undead; Neil Tomkins and Digby Webster’s joint portrait of the Ernest brothers, and Tiger Yaltangki’s exhuberant Self-portrait.

Vincent Namatjira has been a finalist several times, and has also won other major art prizes. His lush, painterly style is far removed from that of his great-grandfather Albert Namatjira, and he is also more openly political. This year his subject is a double portrait of himself with Adam Goodes, Stand Strong For Who You Are.

Goodes is shown in various guises – playing football, lifting his shirt to show he is black and proud, and with the Aboriginal flag. In any other year this would be the stand out entry and a shoo-in for the prize.

But this isn’t any other year. The room, and the exhibition, is dominated by Writing in the sand, by Blak Douglas (aka Adam Hill). The subject is Dujuan Hoosen, the young hero of the 2019 documentary In My Blood It Runs shot in Mparntwe (Alice Springs), Sandy Bore Homeland and Borroloola Community, Northern Territory.

Hoosen’s head fills most of picture, staring out, but his eyes are strangely dead. Blak Douglas has painted them in the tiniest of dotted, concentric circles.

The background implies traditional Aboriginal patterning, but on a closer look it contains written text containing Hoosen’s indictment of the white school system and the teaching that eradicates his culture. By any measure this is a major work.

Aboriginal subjects form a significant grouping this year. They include Thea Anamara Perkins’ portrait of Gadigal elder Charles Madden, Julie Fragar’s portrait of the veteran activist artist Richard Bell, and Craig Ruddy’s portrait of Bruce Pascoe. Both Ruddy and Louise Hearman, who has entered a portrait of Barry Jones, are previous winners.

Most years, the Archibald is worth seeing as an amusing exercise in social history. This year it is worth viewing for the art.

‘The most refreshing Archibald exhibition I can remember’: The 2020 portrait prize finalists