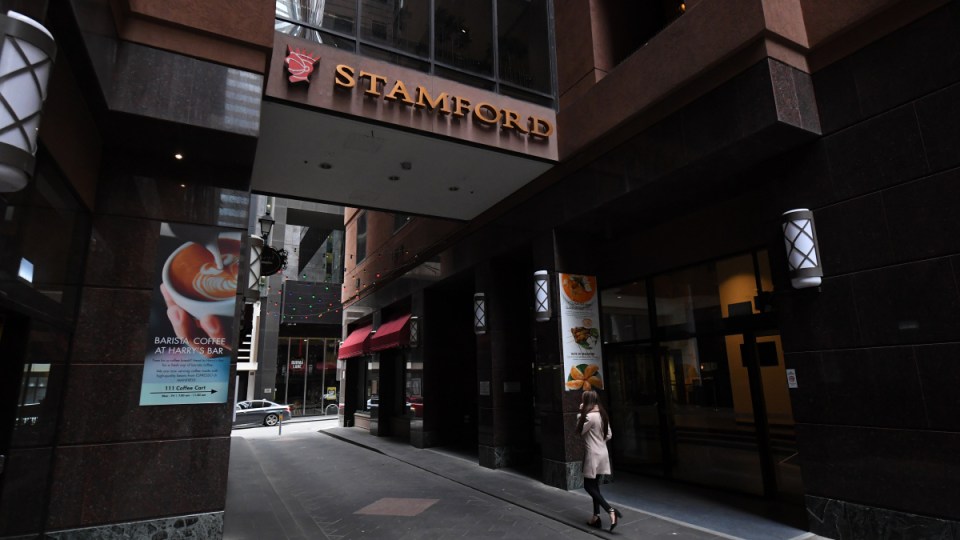 A returned traveller was released from Victoria’s hotel quarantine while infected with COVID-19 and passed it on to the person who drove them home, an inquiry has heard.

The person was released from the Stamford Plaza hotel in Melbourne’s CBD after completing their mandatory 14-day quarantine and was unaware they had the virus.

At the time, COVID-19 testing was voluntary and available only to returned travellers with symptoms.

Those who did test positive to the virus, meanwhile, could not be held in hotel quarantine longer than 14 days and were told to continue to self-isolate at home.

Chief health officer Brett Sutton conceded there could have been other returned travellers who left quarantine unaware they had the virus.

In late June, it was revealed about 30 per cent of returned travellers in hotel quarantine had refused testing.

New laws were introduced on July 1, which forced returned travellers to spend an extra 10 days in hotel quarantine if they refused a COVID-19 test on their 11th day.

By that stage, the virus had already spread from travellers to hotel staff and security guards and then into the community, sparking the state’s deadly second wave.

In Professor Sutton’s statement to the inquiry, he stated he was not involved in the decision to hire private security guards to oversee guests.

“Until there were outbreaks, I was not in fact aware that they were using security guards,” he said.

“With the benefit of hindsight, I can see that using a highly casualised workforce, generally from a lower socio-economic background, where that means that poor leave provisions limit how one can care for and financially support one’s family if unwell.”

Professor Sutton is also expected to be questioned about a decision to abandon the state’s pandemic plan.

The inquiry has previously heard Department of Health and Human Services bureaucrats Jason Helps and Andrea Spiteri jointly held the role of state controller during the pandemic, before the DHHS secretary Kym Peake stepped into the role herself in late July.

Under the state’s plan for an influenza pandemic, developed in 2015, the chief health officer is supposed to assume the role of state controller and the “overall responsibility for emergency response operations”.

Professor Sutton did not agree with the decision to abandon the plan.

Both Mr Helps and Ms Spitieri will give evidence to the inquiry later on Wednesday, as will deputy chief health officer Annaliese van Diemen.

Dr van Diemen is no longer involved with the state’s COVID-19 response, having returned to her former role overseeing other communicable diseases in late July.