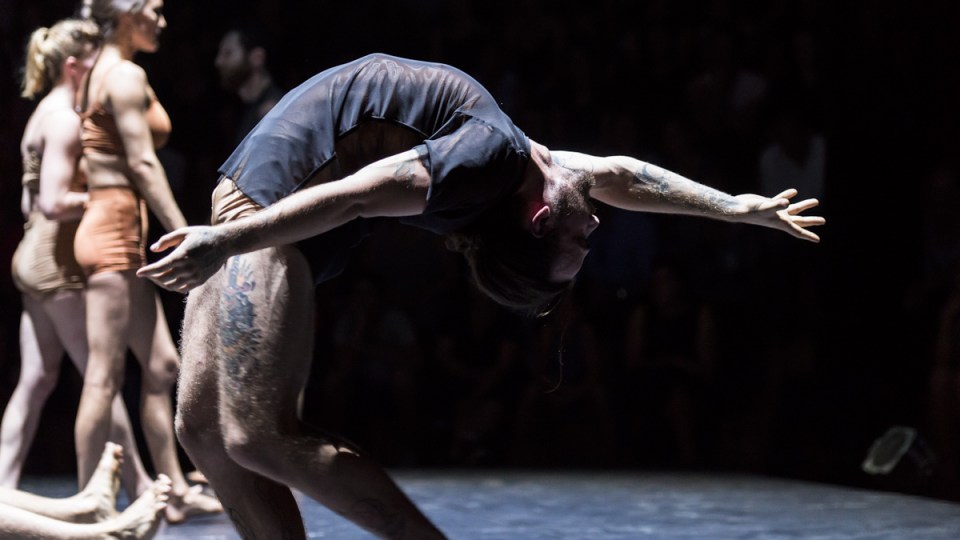 Contemporary circus companies such as Australia's Circa, have been hard hit by the coronavirus pandemic. Photo: Sigrid Spinnox

On Tuesday it was revealed that Canada’s iconic Cirque du Soleil would slash 3500 jobs and file for bankruptcy, with the coronavirus pandemic blamed for the cuts.

The Montreal-based outfit will lay off 95 per cent of staff, and seek to restructure.

“With zero revenue since the forced closure of all of our shows due to COVID-19, the management had to act decisively,” Cirque du Soleil boss Daniel Lamarre said.

Australia is home to some of the world’s most acclaimed contemporary circus performance companies, but many now face an uncertain future with shows cancelled and international touring, a key revenue stream, forced to a halt.

Zebastian Hunter is head of performance studies at the National Institute of Circus Arts (NICA) in Melbourne, and spent five years as a Cirque Du Soleil soloist.

“We’ve got graduates from NICA that are current performers in Cirque du Soleil shows and are now unemployed,” he said.

“I have a personal relationship with the company and with people that are still working there, and all across my Facebook feed there’s person after person just expressing that keening, mourning cry of the loss to the sector.”

The nation’s biggest circus company, Circus OZ, has gone into “hibernation”, and will not perform until 2021, and many smaller firms are struggling to stay afloat.

The whole industry is in turmoil, especially in Australia,” Mr Hunter said.

“A lot of the smaller independent companies are relying on JobKeeper to pay employees and they don’t know what’s going to kind of happen in September,” he said.

“And the rescue package to the arts has been a little bit problematic in terms of how that will be delivered, how much it actually will go to a circus at all.”

COVID-19 has forced all of Australia’s circus arts companies to stop touring, shut down self-produced shows, and it has seen revenue from corporate events, and placements on cruise ships dry up.

“There has been a real sense of loss. People have lost a lot of money, have lost an understanding of what’s going on in the future and, and I think there’s that massive uncertainty as to whether international touring will ever resume,” Mr Hunter said.

“If we do start shows, will people want to go and see them? How many people can be in the venues?

There has been widespread devastation in the sector, and we’re not sure if and how it will recover.”

Yaron Lifschitz is the artistic director of Brisbane’s internationally acclaimed Circa Contemporary Circus.

When the coronavirus crisis accelerated in March, the company’s plans were thrown into chaos.

“We’d just opened in Paris, and had another company that was about to leave for New Zealand. We had to come home, we had to put all of our artists in quarantine,” Mr Lifschitz said.

“We couldn’t go to New Zealand, all of our work dried up. We basically had to predict the rest of the year with no income and no gigs.”

With the help of JobKeeper, government support and savings, Circa was able to secure “enough resources to get through the year”, allowing them to keep their approximately 60 staff and performers employed.

“So we’ve kept all of our artists on, which is brilliant. But I’m not claiming any credit for it, it was luck and opportunity,” Mr Lifschitz said.

Circa artists have “been working and creating isolation, and more recently we’ve been rehearsing under an industry approved COVID plan”, he said.

The company now has five different pieces of works in creation, and is set to launch its return season at Brisbane’s Home of the Arts from August 1.

Australia’s arts industry is suffering systemic underfunding, and it’s coming at a cost to the economy, Mr Lifschitz said.

“The arts industry has been systemically underfunded for many years, and there is a strong perception at the moment that we are in
a culture war, which may or may not be the case, but I don’t think it’s very helpful,” he said.

What I think we desperately need is a very significant, sustained increase in arts funding.”

“Not enough is made of the fact that Australia’s arts industry enriches not only the nation’s culture, but its economy,” Mr Lifschitz said.

“Every dollar of federal funding to the arts produces $1.14 of PAYG tax, so we’re actually net providers,” he said.

“It’s like getting a loan from the government and paying it back with more interest than they get from their own bonds.”

The return on government investment in the arts is so “outlandishly good” that “arts funding should be trebled tomorrow”, Mr Lifschitz said.

“The only reason it hasn’t been is that we haven’t been able to convince the wider public that it is important, easy, and won’t cost them anything at the end of the day,” he said.

“Serious, systemic investment in the arts is needed.

Performers and creatives aren’t the only ones stung by a lack of government funding for the arts, Mr Lifschitz said.

The New Daily put questions to the federal minister responsible for the arts, Paul Fletcher, and asked what the government is doing to help prevent circus companies in Australia going under due to the coronavirus pandemic.

“The Morrison government’s $250 million JobMaker plan for the creative economy is about creating jobs and stimulating economic activity as the sector recovers from the challenges of COVID-19,” a spokesperson for the Department of Infrastructure, Transport, Regional Development and Communications said in response.

“The measures will support eligible companies of different sizes from across the arts and entertainment sector, including circuses.

“The measures will provide much-needed capital to help get new shows, performances and events underway.”

As the curtain falls on Cirque du Soleil, Australia’s circus industry is under threat