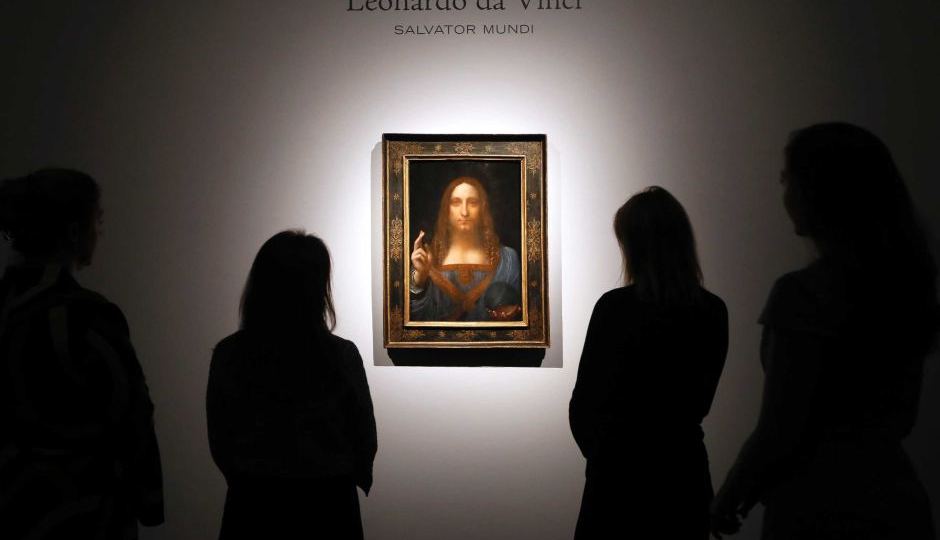 A Leonardo da Vinci painting of Christ that sold in New York for a record $US450 million ($591 million) is heading to a museum in the United Arab Emirates.

The newly opened Louvre Abu Dhabi made the announcement on Wednesday (local time).

The 500-year-old painting, called Salvator Mundi — Latin for Saviour of the World — depicts Christ dressed in Renaissance-style robes, his right hand raised in blessing as his left hand holds a crystal orb.

It is one of fewer than 20 paintings by the Renaissance master known to exist and the only one in private hands.

“The word ‘masterpiece’ barely begins to convey the rarity, importance and sublime beauty of Leonardo’s painting,” said Alan Wintermute from Christie’s, the auction house that conducted the sale.

He described the artwork as, “The Holy Grail of old master paintings”.

Christie’s sold it to an anonymous buyer last month, and said it did not comment on the identities of buyers or sellers without their permission.

But The New York Times reported that, according to documents it reviewed, the mystery buyer was a little-known Saudi prince.

The highest known sale price for any artwork had been $US300 million, for Willem de Kooning’s painting, Interchange.

Salvator Mundi’s path from Leonardo’s workshop to the auction block at Christie’s was not smooth.

Once owned by King Charles I of England, it disappeared from view until 1900, when it resurfaced and was acquired by a British collector. At that time it was attributed to a Leonardo disciple, rather than to the master himself.

It was badly damaged and partly painted-over.

The art dealers restored the painting and documented its authenticity as a work by Leonardo.

The painting was later sold by Russian billionaire Dmitry Rybolovlev, who bought it in 2013 for $US127.5 million in a private sale that became the subject of a continuing lawsuit.

Christie’s says most scholars agree the painting is by Leonardo, though some critics have questioned the attribution and some say the extensive restoration muddies the work’s authorship.

Christie’s capitalised on the public’s interest in Leonardo — considered one of the greatest artists of all time — with a media campaign that labelled the painting The Last Da Vinci.

The work was exhibited in Hong Kong, San Francisco, London and New York before the sale.