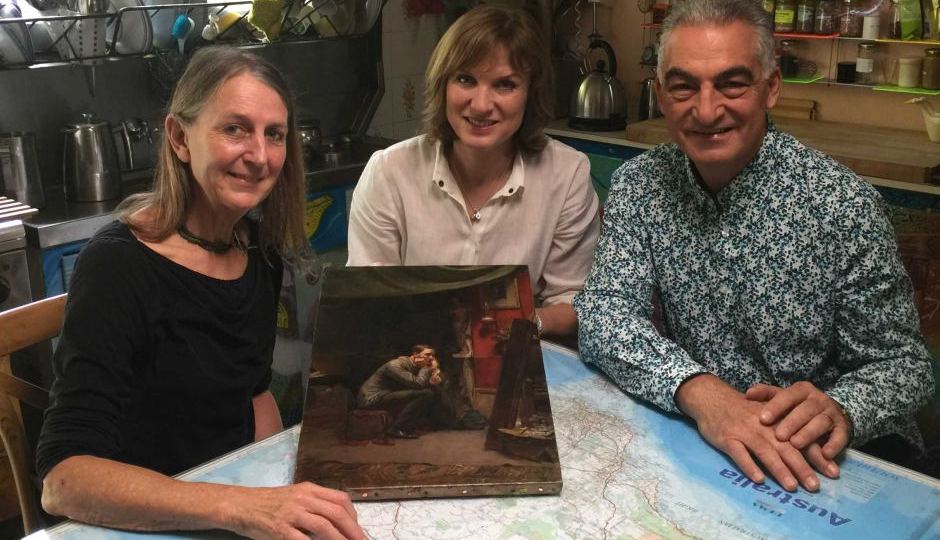 A Sunshine Coast man who discovered a lost painting by Australian artist Tom Roberts says he feels a great sense of relief after initially being told it was a fake.

“I was pleased to finally know this painting now has a place in history,” art collector Joe Natoli told ABC’s 7.30.

Mr Natoli bought the painting, titled Rejected, for about $15,000 from an online auction site five years ago.

Although signed Tom Roberts, there was no other evidence it was the work of the famous artist.

The subject matter – an artist in a studio – was far removed from Roberts’ famed Australian outback paintings.

But Mr Natoli had his suspicions.

“I asked myself, ‘Why would someone try to copy something and not make it look like a typical Tom Roberts?'” he said.

At first it seemed the gamble had not paid off. An initial assessment declared it a fake, and then Mr Natoli’s business collapsed.

“Physically and emotionally I was exhausted, I had to have psychological help,” he said.

But the businessman did not give up.

“At night time, I would sit back and look at this painting and say, ‘Speak to me, tell me who painted it’.”

‘Fills a gap’ in what we know about Roberts

The answer came via the BBC TV program Fake or Fortune, which decided to devote an episode to the painting in what was the first time the show had focused on an Australian artist.

The program discovered an address written on the back of the painting was where Roberts resided in London between 1883 and 1884.

Although few of Roberts’ early paintings survive, there are notable similarities between Rejected and drawings in the artist’s sketchbook.

Handwriting expert Adam Brand compared the signature on the painting to signatures on fully authenticated works by the artist dating from 1883 to 1888, and concluded “it is highly probable” the signature on Rejected was painted by Roberts.

Tom Roberts expert Mary Eagle told the BBC she found the scientific analysis compelling and said the painting was important.

“It fills a gap in what we know about Tom Roberts,” she said in a statement.

“I think it might be the first of his paintings that shows signs of his greatest traits; the expression of feeling.”

‘A dream to discover’

The work, dated to 1883 and expected to be worth hundreds of thousands of dollars, is being put up for sale.

“We’re thrilled with the work that has been done and the research by great academics,” said Lachlan Henderson from the Philip Bacon Galleries in Brisbane.

Mr Natoli said it had been a difficult but rewarding journey.

“It’s a dream to discover a previously undiscovered work,” he said.

“I think every collector likes to think that they can find something that is worth more than it was originally sold for.

“You can go through that journey of discovery, and this one has been quite a challenge.”