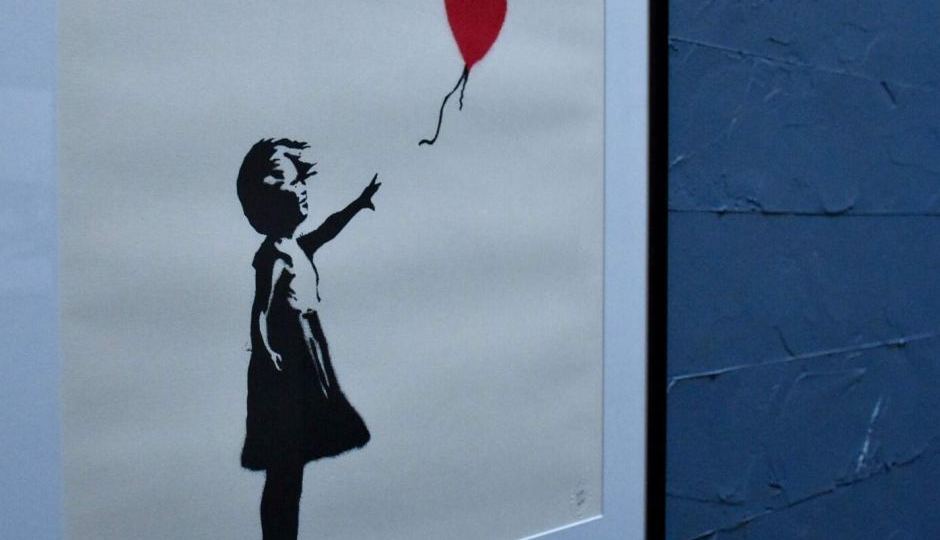 Girl with Balloon was first painted on a wall in a London suburb. Photo: ABC

An unauthorised exhibition of about 80 works by the mysterious British street artist Banksy will open in Melbourne this week.

The artist’s identity remains a closely-guarded secret, but his simple stencils are renowned worldwide.

The retrospective has been put together by the artist’s former manager, Steve Lazarides.

However, it is an unofficial show that does not have the artist’s endorsement.

Mr Lazarides defended the decision to stage the exhibition, saying the works were already in the public realm. 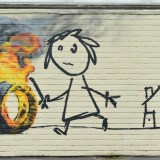 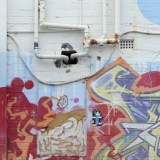 “He’s a revisionist, there’s no way he’d ever put some of his old pieces into a show,” he said.

“I kind of figured the general public, they’re the people who put him where he is, and I think they’ve earned the right to see a show of his works.

“Every single piece in this show was sold commercially at an exhibition at some point, there’s nothing that’s been taken off the street against his will. These were pieces that were openly sold.”

The curator put Banksy’s popularity down to the accessibility of his works.

“Outside of Warhol he’s got to be one of the most recognised artists in the world,” Mr Lazarides said.

“He was always wildly popular from the very beginning.

“I think people think that this kind of art only appeals to 25-year-old guys with backpacks that work in graphics and it couldn’t be further from the truth.”

Melbourne artist Doyle has run a studio space for street artists for more than 15 years.

He has watched the public perception of Banksy’s work change from viewing it as a kind of vandalism to something to be celebrated.

“Everytime the council goes over a Banksy by accident it’s headline news,” he said.

“It’s really interesting how Banksy has changed the scape of Melbourne and also street art worldwide.

“You know if I ever get to meet Banksy I’ll have to totally shake his hand because he’s changed my life.”

However, Doyle questioned the decision to stage an unauthorised exhibition, arguing Melbourne was the best city for street art in the world, and probably could have attracted the artist himself for a more legitimate retrospective.

He said the fees of up to $80 for “VIP entry” and adult ticket prices from $30 did not fit with the ethos of street art.

“To me art should be free, especially street art,” he said.

“For years art was hijacked by snobbery … that’s where street art’s been so important, it’s knocked all the barriers down.

“It’s made people go ‘Wow, man I know that artist, I’ve seen him in that other laneway, that’s awesome’, and they feel that sense of connection and that sense of ownership that’s never been there before.”

Mr Lazarides defended the entry cost of the exhibition.

“Would you say that if this was a Warhol exhibition?” he said.

“It’s in the same bracket as that. Or van Gogh, or Picasso, would you expect to go see that for free?”

The show runs in a tent behind Melbourne’s Federation Square until January 22.