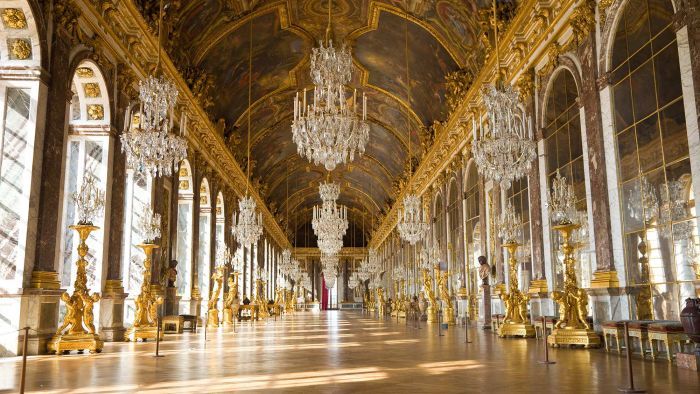 More than 100 rare treasures from the Palace of Versailles in France, including personal items from Louis XIV and Marie-Antoinette, will go on display at the National Gallery of Australia in Canberra.

The exhibition showcasing the opulence of a tumultuous period in French history, will feature 130 paintings, sculptures, tapestries, woodworks and furniture from the palace.

The NGA is working with the French Government and the palace to deliver the major collection that has never been exhibited outside France.

The collection will include a marble bust of Louis XIV, a formal portrait of Marie-Antoinette and even the entire 1.5 tonne marble Lantona Fountain sculpture.

Personal effects belonging to Louis XIV and Marie-Antoinette will also go on display, including a golden reliquary which belonged to Louis XIV’s mother and Antoinette’s hand-crafted chair and harp.

“The Palace of Versailles has never before lent a collection like this, drawn from all over the palace, to an exhibition outside France,” NGA director Gerard Vaughan said.

“We are delighted to bring the grandeur of the culture of Versailles exclusively to Canberra and make it possible for all Australians to access and appreciate the social, political and cultural aspects of this unique phenomenon.”

‘Versailles is the symbol of history’

The opulent palace is a major tourist attraction, 20 kilometres west of Paris, and was the seat of political power in the country before the French Revolution.

Several French kings called the Palace of Versailles home, including Louis XVI, who was born there.

President of the Palace of Versailles Catherine Pégard said it was important to bring such a large exhibition to Canberra.

“Versailles is the symbol of history for us in France,” she said.

“We can see the roots of France when you come to Versailles and I think it is important to show that these roots are given trees everywhere in the world.”

Last time the NGA partnered with a French institution was in 2009 when it presented the Masterpieces from Paris exhibition, which showcased impressionist works from the famous Musée d’Orsay.

The event broke all-time record attendance numbers for a summer blockbuster at the NGA – a record that still stands.

The Palace of Versailles exhibition will open in December.