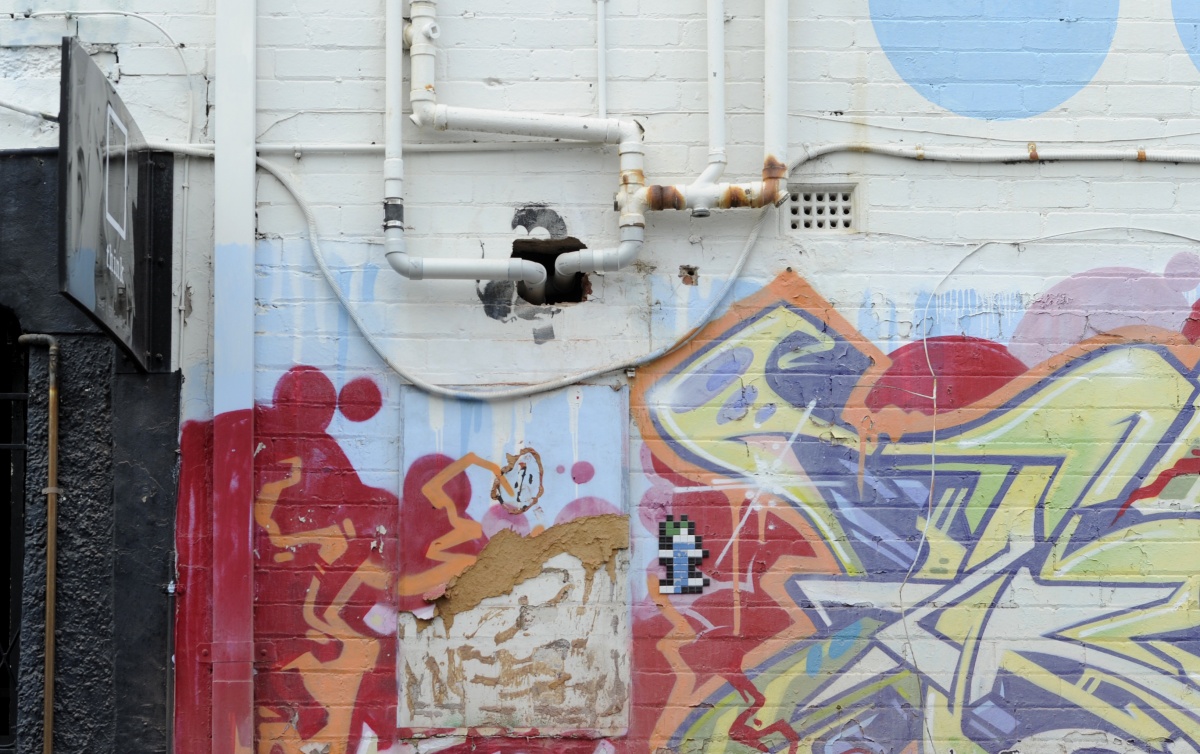 Three stencils by acclaimed international street artist Banksy in a Melbourne laneway have been destroyed.

The stencils were destroyed to make way for a new door.

Three Banksy works were recently destroyed in AC/DC Lane and the rubble thrown into a skip, tour company Melbourne Walks has reported on its Facebook page.

“A new doorway in ACDC lane destroyed the three iconic works even though their location was well known to the Melbourne arts community.

“The rubble was mindlessly loaded into a skip.

In 2014, two Banksy stencils in the same lane were destroyed, while in 2012, another Banksy piece had piping forced through it.

Melbourne Walks owner Meyer Eidelson accused the City of Melbourne of destroying its heritage for money.

“Towers and more towers everywhere are shoving more people into an overcrowded city.

“Have you ever heard of a city that destroys the remains of hundreds of its founders for money?”