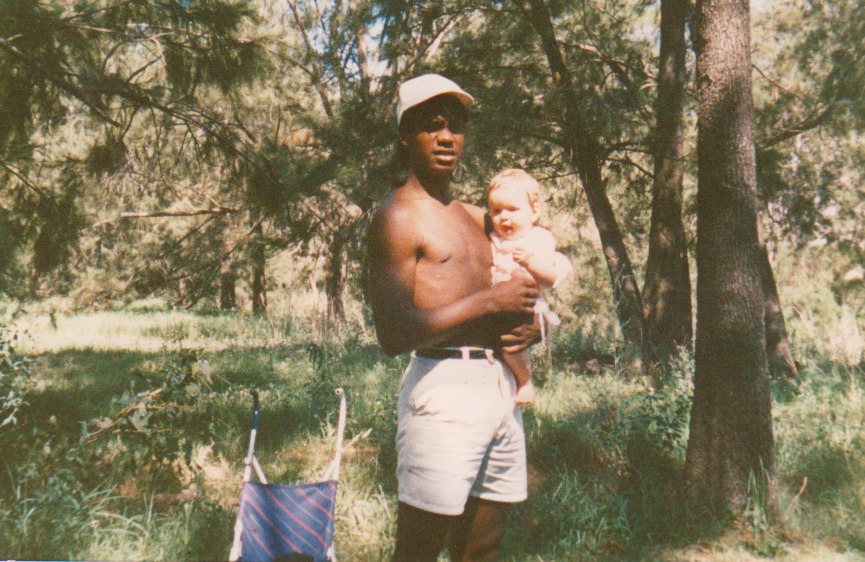 A public campaign to have an alleged serial killer face trial for the second time in relation to the infamous Bowraville murders has been successful.

Detectives and families of the victims have always suspected Jay Hart of the murder of three Aboriginal children in the 1990s, but double jeopardy laws hindered a retrial.

The laws were changed in 2006 to allow a retrial if “fresh evidence” emerged, and in May this year, NSW Attorney-General Gabrielle Upton requested the key suspect in the murder be re-tried in the highest criminal court.

Hart, who was originally tried and acquitted separately for two of the three murders, is the centre of popular new podcast Bowraville, which questions the police handling of the tragic case.

Australia’s answer to the hugely successful Serial podcast – also focusing on old murder case – Bowraville retraces the story of three children who were abducted from the same street within months of each other, and the reluctance of police at the time to consider the same person may have been responsible.

Evelyn Greenup, Clinton Speedy-Duroux and Colleen Walker went missing within five months of each other between 1990 and 1991 in the small northern NSW town.

Bowraville, a new podcast narrated by The Australian‘s crime reporter Dan Box, poses serious questions about the immediate police reaction to the missing persons cases, including the allegation they told families the kids had simply “gone walkabout”.

Despite the victims going missing from within 400 metres of each other in the 2000-person town, police failed to consider they may have been dealing with a serial killer.

But earlier this month, as the Bowraville podcast topped the Australian download charts, NSW Police Commissioner Andrew Scipione sent a case summary to Ms Upton, mounting the case against Hart.

Mr Scipione’s brief noted that no jury had ever been presented the details of all three murders at the same time.

Families of the three victims have argued for 25 years that the similarities between the abductions pointed to the existence of a serial killer in the racially-divided town.

The bodies of four-year-old Evelyn and 16-year-old Clinton were both found at different points on the same dirt road just outside of Bowraville, while 16-year old Colleen’s clothes were found in a river that intersected with that same road.

Witnesses told police that Hart, a white man familiar with the Indigenous community at the time, had been present at each of the parties where a child went missing.

When a NSW Supreme Court judge found Hart could not be tried for the murders at the same time, he was acquitted separately of murdering Evelyn Greenup and Clinton Speedy.

No one has ever been charged with the murder of Colleen Walker.

Hart has since changed his name, moved away from Bowraville and continues to deny any involvement in the murders.