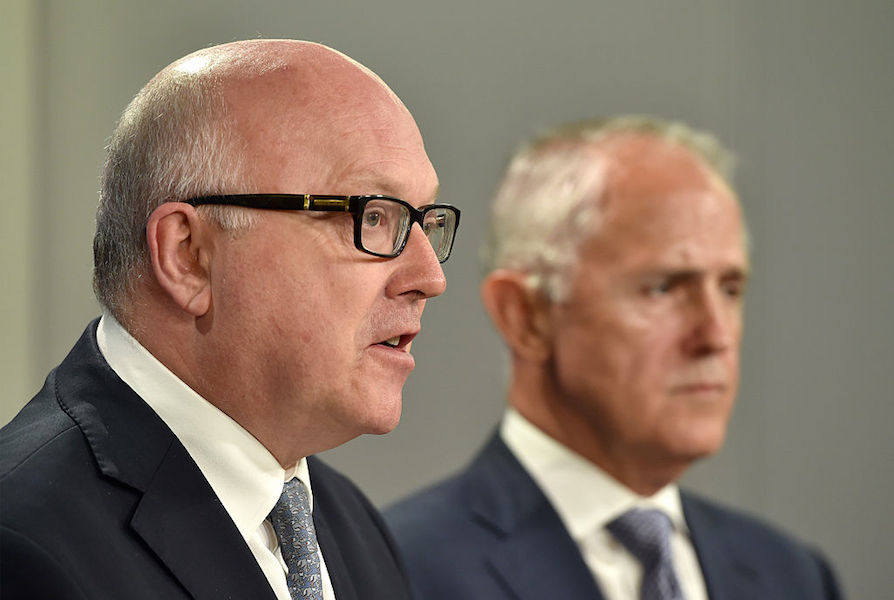 Australia is failing its arts and cultural organisations, and in turn is being let down by those running them, according to former CEO of the Australia Council for the Arts, Michael Lynch.

In a Currency House address at the Museum of Contemporary Art in Sydney on Wednesday morning, Mr Lynch called on the Turnbull government to reverse the cuts to the cultural bodies brought about by former PM Tony Abbott.

“Australia is moving too slowly in a fast-paced world and Malcolm Turnbull only has a few months to turn it around,” he said.

The results of the cuts to the Australia Council budget are yet to be announced or felt, said Mr Lynch, but he warned they would be disastrous.

He also bemoaned his understanding that one of the few pieces of funding granted by Minister George Brandis under the alternate model intended to replace the council was to “a commercial art gallery on the Gold Coast”.

“Tony Abbott hated the Australia Council,” Mr Lynch claimed. “He made it very clear from his early positions in the 90s.”

“Malcolm, you must stop this madness and restore funding to the Australia Council before going to the people this year,” he said.

Mr Lynch said he was surprised at the ferocity with which the government had attacked the country’s cultural institutions.

“I never thought they would pull a stunt like they did last year,” he said, referring to the federal budget.

Additionally, in December 2015 the Mid-Year Economic and Fiscal Outlook detailed a further $52.5 million in cuts to the Communications and Arts Portfolio.

In November 2015, Communications and Arts Minister Mitch Fifield, who replaced Mr Brandis, announced the return of $32 million in funding to the Australia Council.

While accusing Mr Turnbull of carrying through his predecessor’s cuts, Mr Lynch challenged him to instead fulfil Mr Abbott’s promises.

“Honour the promises made by Tony Abbott made prior to the last election of no cuts to SBS and the ABC,” Mr Lynch said.

Mr Lynch was also critical of the leadership of the various arts bodies around the country. While identifying a few exceptions, he accused the boards of a negligent silence.

“The chairmen have to stand up,” he demanded. “I do feel it goes with the governance responsibilities of the board. They should speak out.

“If the arts is perceived as silent and compliant and more interested in the money than speaking out it doesn’t augur well for the art.”

Mr Lynch applauded the Arts Party, but admitted he was nervous about their prospects under the looming threat of a double dissolution.

“At least they stood up and they’ve done something. It’s going to be a hard road.”

Michael Lynch CBE AM will be presented with the Sue Nattrass Award for exceptional service to the live performance industry at the Helpmann Awards on July 25 at the Sydney Lyric Theatre.