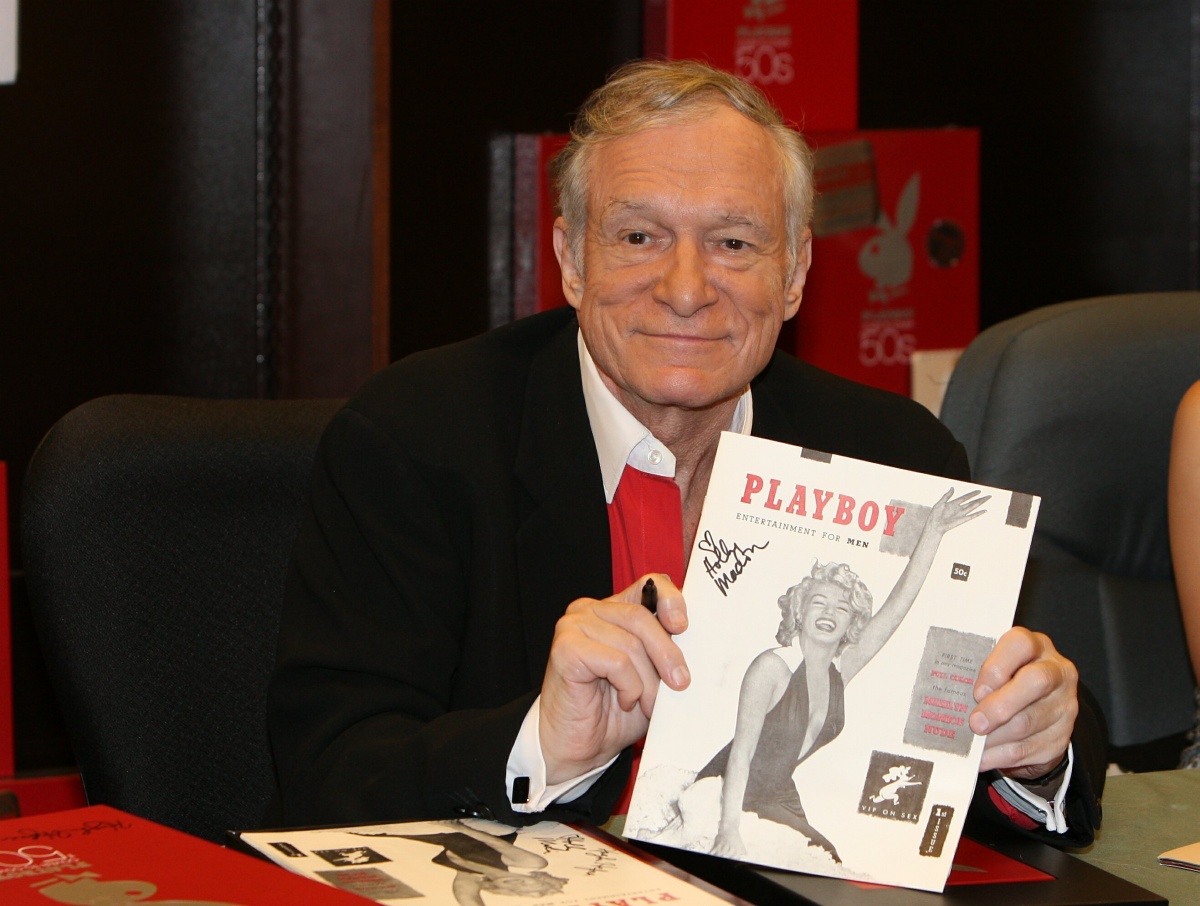 Playboy is to stop pictures of naked women.

The adult magazine that launched in 1953 with a sultry Marilyn Monroe on its cover will stop publishing the photographs of fully nude women, saying easy access to such images online means they are “passe”.

The decision came after a top editor of the magazine met with its founder, Hugh Hefner, at the Playboy Mansion last month, according to chief executive Scott Flanders.

• New York Comic Con: the best cosplay costumes
• Cruise and Kidman’s kids – where are they now?
• This is the most sickening movie in cinemas

Starting in March, Playboy‘s revamped print edition will still include photographs of women in provocative poses.

They just won’t be nude any more, Flanders told The New York Times, adding that such pictures have become “passe” in the internet age.

“You’re now one click away from every sex act imaginable for free. And so it’s just passe at this juncture,” new editor Cory Jones said.

It’s a remarkable move for a magazine that came on to the scene by breaking the taboo on showing women au naturel, and became famous for its bunny girls, including Baywatch star Pamela Anderson and supermodel Kate Moss.

When he created it in 1953, Hefner wrote that the magazine and its content would appeal to men aged 18 to 80.

The Playboy brand has been “a tastemaker, an arbiter of style and a vanguard for political, sexual and economic freedom”, according to its website.

The bunnyhead logo is as famous as the Nike tick and the McDonald’s golden arches, it claims.

But with pornographic images now so readily available online, and accessible via a variety of connected devices, Playboy is selling fewer and fewer copies.

The American edition of the magazine, which through the decades has featured Marilyn Monroe, Dolly Parton, Goldie Hawn and Madonna on its cover, now operates at a loss, chief executive Scott Flanders said, but global copies bring in a profit.

The magazine’s circulation decreased from 5.6 million in 1975 to about 800,000 now, the Times said, citing Alliance for Audited Media figures.

For its latest redesign, the magazine sought to answer the question: “If you take nudity out, what’s left?” he explained.

Other editorial changes in the Playboy rebrand include a “sex-positive female” writing a sex column, art and more coverage of liquor.