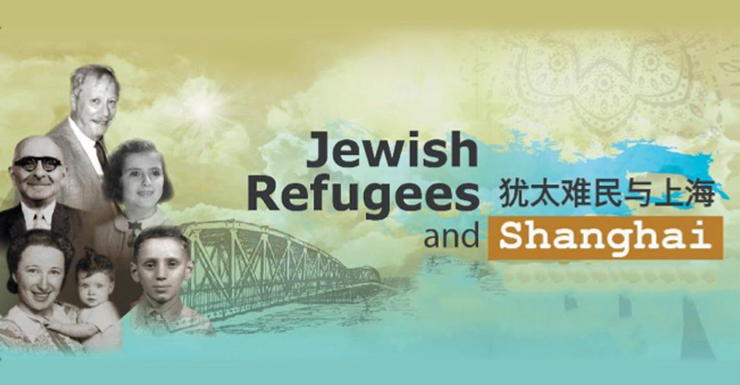 The Jewish Holocaust Centre is bringing the ‘Jewish Refugees and Shanghai’ exhibition to Melbourne.

From 1933 to 1941 the ‘Shanghai Ghetto’ or ‘Restricted Sector for Stateless Refugees’ became a safe haven for more than 20,000 stateless Jewish refugees who were fleeing persecution from Hitler’s Nazi regime.

On face value, Shanghai seems like an unlikely place for those fleeing the Holocaust to seek refuge – large parts of the city were occupied by Japan from 1937, the economy was struggling and there is an obvious cultural clash between the Europe and Asia.

However, as many countries closed their doors on Jews, Shanghai became one of the few places that granted entry to Holocaust refugees.

The exhibition features photos, artefacts and items loaned from the community which document the desperate attempts of Jews in Nazi Europe to find countries of refuge and the extraordinary experience of living in China during WW2.

The Jewish Holocaust Centre will also play host to three events to complement the exhibition:

‘Shanghai Ghetto’ is a feature-length documentary with interviews of survivors and historians, rare letters, stock footage, still photos and footage shot in modern Shanghai where most of the Jewish Ghetto remains unchanged.

Horst Eisfelder as a young boy in Shanghai, having fled Germany with his parents, chronicled his time in Shanghai by photographing day-to-day life in the ghetto. These personal images, now historical evidence of a most unique event in Holocaust history will be projected on to a large screen. Horst will reflect on the images and audience members who were in Shanghai will be asked to share their memories. This promises to be a special evening of personal and historical significance.

Andrew Jakubowicz is professor of sociology at the University of Technology Sydney and producer of the interactive web site on the Jews of Shanghai (The Menorah of Fang Bang Lu). His family arrived in Australia from Shanghai in 1946, having escaped from Poland in 1939. Since 2000 he has been engaged in ongoing research on issues of identity and survival, focused on the Polish Jews whose wartime years were spent in Shanghai. He was historical advisor to the Sydney Jewish Museum exhibition on Shanghai and the Jews of China.