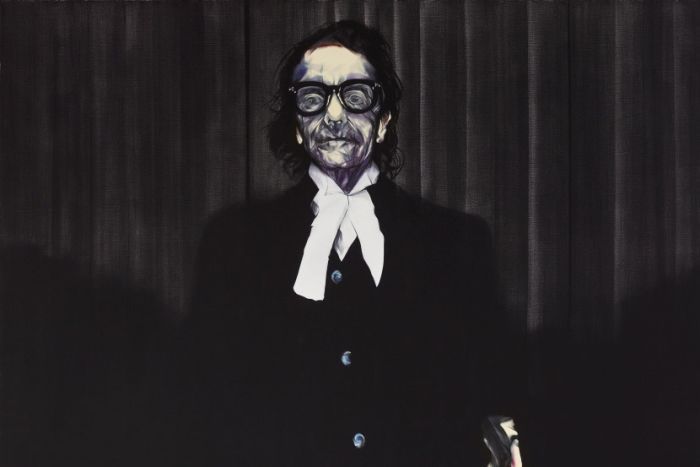 Artist Nigel Milsom has won the Archibald Prize for his stunning portrait of barrister Charles Waterstreet.

In accepting the $100,000 award, the Newcastle artist described his subject as an otherworldly figure and a great man.

• What makes us happy? It’s not what you think
• Bernard Tomic: my side of the story
• Turnbull turns comedian, lampoons the Libs

Mr Milsom was represented in court by the barrister when the artist served jail time and the pair formed a close friendship.

The award, one of Australia’s most prestigious art prizes, was announced at a ceremony at the Art Gallery of New South Wales in Sydney.

Mr Waterstreet’s hands feature prominently in the work to show the barrister reaching out and offering help to the artist – as he did to him when he was in jail.

This year, more than 40 per cent of the artists selected as finalists were new to the Archibald.

“The entries in the Archibald Prize this year have been very diverse — they’ve covered the whole circle of life,” curator Anne Ryan said last week.

“[They ranged] from a young mother with her new baby, right through to some well-loved people in the art world who died this year.”

Jason Phu took out the related Sulman Prize for his piece I Was At Yum Cha When In Rolled The Three Severed Heads of Buddha: Fear, Malice and Death, while the Wynne Prize went to Natasha Bieniek for her work Biophilia.

The 2015 Archibald Packing Room Prize, a precursor the main award, was last week awarded to French-born Sydney artist Bruno Jean Grasswill for his portrait of actor Michael Caton, best known for his role in Australian classic The Castle.

The Packing Room Prize is awarded to the best entry in the Archibald Prize as judged by the gallery staff who receive, unpack and hang the entries.