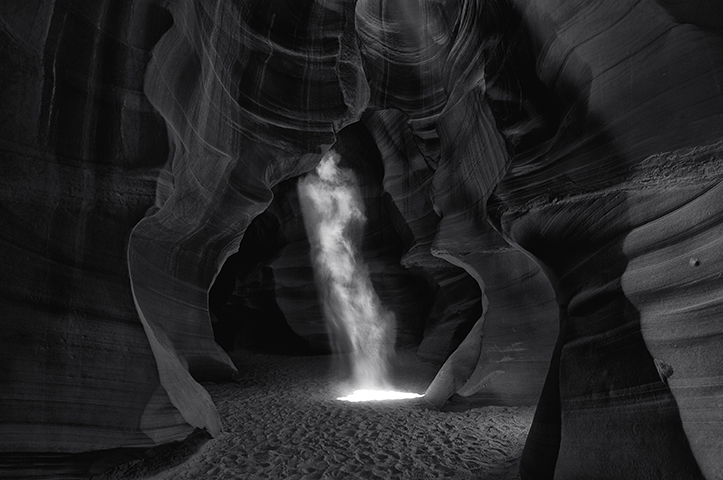 Australian-born photographer Peter Lik has sold a black-and-white shot for the highest price ever received for a photograph.

Mr Lik, who now lives in the US, set a new world record of US$6.5 million for Phantom, which depicts a shaft of light piercing an underground cavern in Arizona’s Antelope Canyon.

A private collector reportedly spent a total of US$10 million on the landscape and two other of his works, which means Mr Lik has now sold four of the world’s top 20 most expensive photos.

Mr Lik has reportedly earned $1 million for a previous sale of a photo called One.

“The purpose of all my photos is to capture the power of nature and convey it in a way that inspires someone to feel passionate and connected to the image,” he said on his website.

The buyer’s lawyer Joshua Roth has reportedly vouched for the authenticity of the sale in a press release.

“Our client is a long-time collector of Lik’s works and is delighted to add these one-of-a-kind photographs to his impressive collection,” Mr Roth said.

But Australian art experts have expressed skepticism to Fairfax Media.

Mr Lik is not shy of self-promotion. His website describes the record-breaking photo as a “masterwork” and the man himself as “undoubtedly a true leader in the world of fine art”.