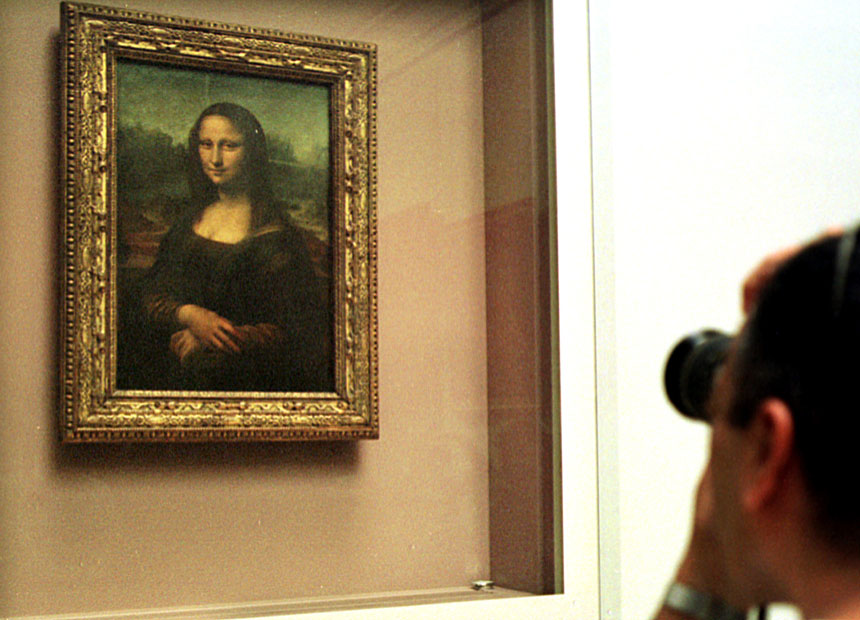 The Mona Lisa may have been a Chinese slave and Leonardo da Vinci’s mother, according to an Italian historian whose comments on the famous painting sent online commentators into a frenzy.

Hong Kong-based historian and novelist from Italy, Angelo Paratico, told the South China Morning Post on Wednesday that “on the back of Mona Lisa, there is a Chinese landscape and even her face looks Chinese”.

Chinese web users expressed astonishment and disbelief at the theory, which if true, would make da Vinci half-Chinese.

• The Avedon effect: behind the legendary lens
• Manet painting sells for $70 million in NY

Users posted dozens of parodies of the painting, with faces from Chinese comedians to British actor Rowan Atkinson grafted over her delicate features.

Little is known about Caterina, the mother of the artist, writer, mathematician and inventor, and the identity of the sitter for the portrait hanging in Paris’ Louvre museum has long been a matter of debate.

Mr Paratico, who is finishing a book entitled Leonardo da Vinci: a Chinese scholar lost in Renaissance Italy, cited Austrian neurologist Sigmund Freud’s 1910 assumption that the painting was inspired by the artist’s mother.

“One wealthy client of Leonardo’s father had a slave called Caterina. After 1452, Leonardo’s date of birth, she disappeared from the documents,” he said.

The evidence for a Chinese connection appears to be slight, with Mr Paratico saying he was sure “up to a point” that da Vinci’s mother was from the Orient.

“To make her an oriental Chinese, we need to use a deductive method,” he added.

Many posters on China’s Twitter-like platform Sina Weibo were incredulous.

“I’m so sad that you thought I’m a foreigner!” wrote one, with an image of a frowning Mona Lisa holding two rolls of toilet paper and blowing her nose.

“I’d rather be from wherever I am loved.”

The topic had been viewed more than four million times and triggered 160,000 postings by midday Wednesday.

“I now understand why her smile looks so mysterious and concealed – it’s typically Chinese,” another poster said.