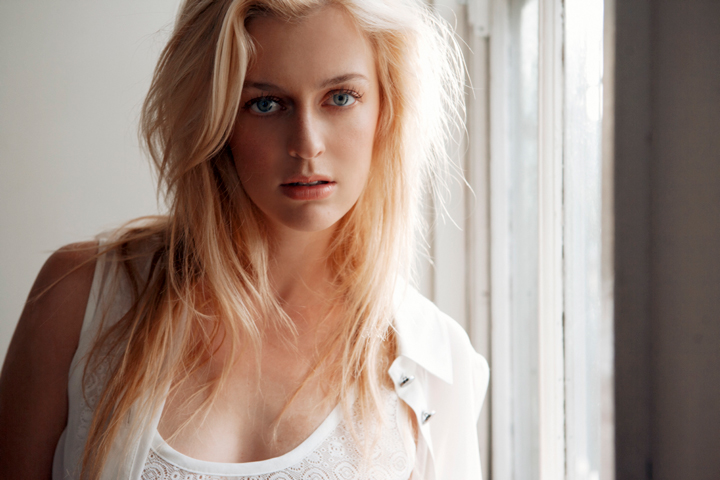 The BBC is working on a new project, but the final product might not be what you would expect.

The British broadcaster has enlisted young Australian writer, actress and director Gracie Otto to curate an epic drama for its new channel BBC First. The twist? It’s constructed almost entirely from the tweets of audience members. Something like a Choose your Own Adventure book for the Internet age, Otto story has provided readers with a setting and five characters and let them run wild, indulging their whims and reneging almost complete creative control.

Over five nights, Otto is being guided through the story by people whose attention to detail is seriously impressive, covering  everything from the brand of dress a character is wearing to major plot twists.

“I noticed last night that someone had suggested that a van [in the story] had a Doors song playing,” Otto recalls.

“There are things I couldn’t have written as well as Twitter did. There are some funny people out there.”

The idea is innovative, but it’s not the first time someone has recognised and harnessed the imaginative crowd-sourcing potential of Twitter.

Once regarded as a never-ending feed of people trolling, complaining about cold coffee or making politically incorrect faux pas, creative personalities are starting to redefine the power of the tweet.

“You can get your ideas shared quite quickly amongst a whole lot of people,” Otto explains.

“There’s an audience there and it’s a way of collaborating. And some people just have a knack for great one-liners.”

No one knows this better than Canadian-born comic and author, Kelly Oxford. Thanks to her sarcastic, on-the-pulse missives, the stay-at-home mother of three has landed book deals, written television pilots and gained a slew of celebrity fans.

“There are a lot of people who say a lot of interesting things. I just happen to be one of those people,” Oxford told Canadian news station CTV of her success.

She’s not alone – American author John Wray captured the attention of The New York Times when he used Twitter to share the story of a character, named Citizen, whom he had cut from one of his novels.

“I don’t view the constraints of the format as in any way necessarily precluding literary quality,” Wray told The New York Times of his Twitter writing.

“It’s just a different form. And it’s still early days, so people are still really trying to figure out how to communicate with it, beyond just reporting that their Cheerios are soggy.”

Nigerian-American writer Teju Cole took the concept a step further and used his followers to release his short story Hafiz sentence by sentence.

“I took advantage of the hospitality of my friends and followers online by asking them to tweet out certain things, which to people who are reading them on their feeds would just be sort of random sentences,” Cole explained to radio station NPR.

“But when I retweeted all of these things, in sequence, they all joined together to make a coherent story. It was just an idea, very much dependent on the generosity and kindness of the people I asked to participate, and I think it worked out quite interestingly.”

Aside from the 140-character limit, the constraints of the medium are virtually non-existent. There are hilarious parody accounts, risqué poetry, unbridled sarcasm and even haikus.

The tweeters with the most followers vary vastly from person to person, but share one thing: pure originality.

Melissa Broder: The modern poet uses the social media network as a testing ground for future material. Her brief excerpts are thought-provoking, providing commentary on social media, self-possession and relationships.

Rob Delaney: A sarcastic comedian who found fame on Twitter, Delaney’s tweets are not for the faint-hearted.

Patricia Lockwood: Made famous by a poem titled Rape Joke, Lockwood keeps her finger on the pulse with social commentary chock-full of her trademark sass. Alec Sulkin: The American producer of hit television series Family Guy. Sulkin lives up to his name by being a complainer and a sook, but a fantastic one.

Alain de Botton: The philosopher is a big sharer of art and photography and also Tweets thoughtful insights – some lighthearted, others more serious.

Want to get involved in Gracie’s story? Follow @BBCFirstAus on Twitter and hashtag #WhatsNext to contribute. Writing is live from 6-10pm. Catch up on all the action here.