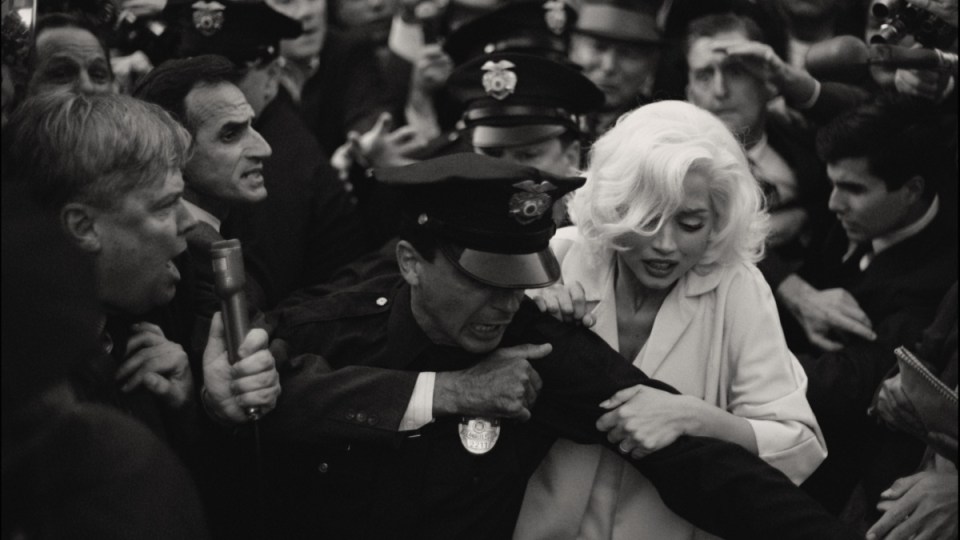 The Blonde biopic blurs the lines between fact and fiction, and has cast a Cuban actor to play Marilyn Monroe. Photo: Netflix

On the 60th anniversary of her death, Hollywood sex symbol, actor and comedienne Marilyn Monroe continues to be one of the most enduring, iconic figures of all time.

The legend formerly known as Norma Jeane Baker has had a total of 14 theatrical and made-for-television films and documentaries made about her life.

The trailer of Netflix’s Blonde, released on July 28, has divided Hollywood, with the official Marilyn Monroe Estate coming to de Armas’s defence after complaints and criticism about her ‘‘strong’’ Cuban Spanish accent.

Many thought Monroe’s iconic ‘‘breathy’’ way of speaking does not come across, leaving fans confused.

‘‘I know the movie hasn’t come out yet but Blonde starring Ana de Armas looks stunning and the scenes gives me chills but i know y’all still hear her accent.. like it’s STRONG,’’ wrote one Twitter fan.

“I am very surprised they thought she sounded like marilyn because she literally doesn’t. looks ? yes.’’

Another wrote the accent was ‘‘off-putting’’ and her ‘‘accent comes through so much’’.

On the other hand, de Armas, 34, told Vanity Fair in 2020 that the decision to cast a Cuban actor as an American icon was “groundbreaking”.

‘‘A Cuban playing Marilyn Monroe. I wanted it so badly’’.

Responding to the criticism, Marc Rosen, president of entertainment at Authentic Brands Group that owns the official Monroe estate, said: “Any actor that steps into that role knows they have big shoes to fill.

‘‘Based on the trailer alone, it looks like Ana was a great casting choice as she captures Marilyn’s glamour, humanity and vulnerability. We can’t wait to see the film in its entirety!”

Many on social media agreed, reminding film buffs that many Hollywood stars have been known to ‘‘butcher’’ the accent in lead roles.

‘‘It shouldn’t be the single element that snaps folks out of their suspension of disbelief,’’ TMZ noted.

‘‘Some say Ana not perfecting it for this Oscar-bait role is strange, especially since so many actors these days (international and otherwise) do accent crossover roles all the time, often to rave reviews and much fanfare.’’

“The producers. The money people. I always have people I needed to convince. But I knew I could do it. Playing Marilyn was groundbreaking.’’

With dual Cuban Spanish citizenship, de Armas moved to Madrid when she was 18 to pursue acting.

She relocated to Los Angeles in 2014, speaking very little English, and enrolled in full-time language classes to get ahead.

She was a quick learner.

For her performance as nurse Marta Cabrera in the mystery film Knives Out (2019), de Armas was nominated for a Golden Globe Award for Best Actress in a Comedy or Musical and won the Saturn Award for Best Supporting Actress.

In 2021, she played Bond girl Paloma in No Time to Die and starred in the psychological thriller Deep Water this year.

For Blonde, de Armas was determined to nail the accent.

She told The Times of London : “I tried! It only took me nine months of dialect coaching, and practising, and some ADR sessions [rerecording dialogue after filming].

‘‘It was a big torture, so exhausting. My brain was fried.”

Monroe, whose life was full of intrigue, mystery and controversy – especially her friendships with the Kennedy family – died at age 36 of a barbiturate overdose late on August 4, 1962, at her Fifth Helena Drive home in Los Angeles, California.

Written and directed by New Zealand’s Dominik, Blonde is based on the 1999 best-selling novel by prolific American author, Joyce Carol Oates, now 84.

His depiction ‘‘boldly reimagines’’ her life, from her volatile childhood as Norma Jeane through her rise to fame and her romantic relationships, according to the official Netflix synopsis.

With a supporting cast including Bobby Cannavale (Nine Perfect Strangers), Adrien Brody and Julianne Nicholson, Blonde ‘‘blurs the lines of fact and fiction to explore the widening split between her public and private selves’’.

The most definitive account, which raised more questions than answers, was only two months ago, when Netflix released a compelling documentary, The Mystery of Marilyn Monroe: The Unheard Tapes, by filmmaker Emma Cooper.

It centred on the days and hours before her death.

With extensive interviews from Monroe expert Anthony Summers, he revisited old audio recordings and interviewed hundreds of people who were close to her.

Her sudden death left many wondering whether she committed suicide, was murdered or whether it was an accident.

“You push it until the door opens,” Summers says.

“That applied to many interviews in the Monroe case. Remember, [in 1982] it was only 20 years since she died. And people who were friends or intimates still felt uneasy talking about her, particularly when so many rags and flashy magazines had exploited her when she was alive.

‘‘But by the ’80s, most of them were beginning to open up because they were older and could begin to see it in perspective.

‘‘I think that in the end, very few doors remain closed to me. By the time I finished, I had interviewed 650 people.”

For the Blonde biopic, de Armas says: ‘‘You see that famous photo of her and she is smiling in the moment, but that’s just a slice of what she was really going through at the time.”