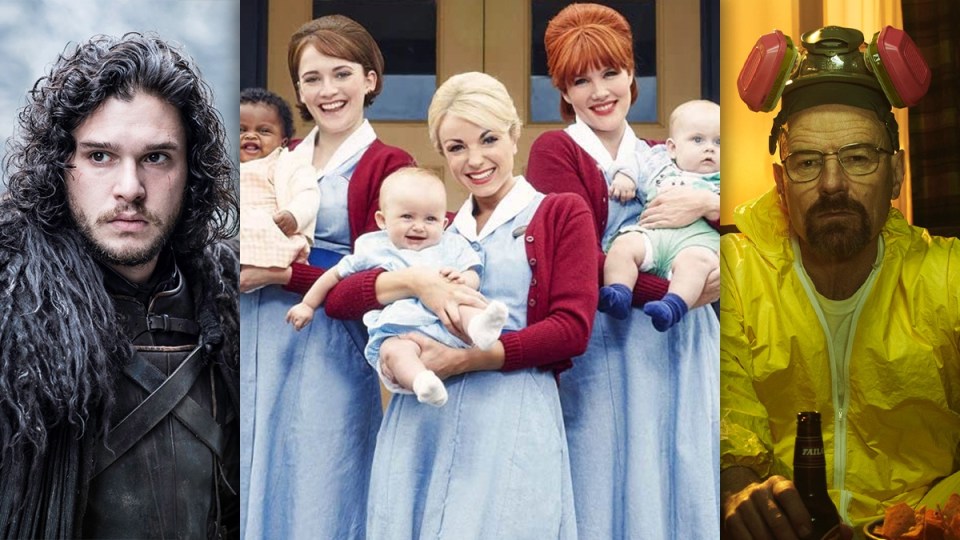 Who would have thought a 1950s show about midwives came in as best show of the past quarter century? Photo: TND

Move aside, Daenerys Targaryen and your dragons from Westeros in Game of Thrones.

On July 31, one of Britain’s most influential weekly TV and entertainment magazines, RadioTimes, spectacularly announced their homegrown birth-and-death show Call The Midwife was voted the best show of the past 25 years.

RadioTimes conducted an exclusive poll, asking readers to ‘‘have the final say on which TV show from the last quarter of a century is the best’’.

With a readership of more than 1.1 million a week, and more than 19 million monthly visits to its website, RadioTimes is the biggest weekly magazine brand by reach in the UK, according to the BBC.

A bit like our own TV Week, RT carries 10 pages of TV listings a day, and its audience just seemed to love the feel-good, post-war stories of the nurses, midwives and nuns who are based at the convent, Nonnatus House.

Set in 1950 East London, it digs deep into the lives of the poorest pregnant women and their families of that era, and as creator and producer Heidi Thomas says, she just loves writing about the nitty-gritty of childbirth.

Her show, which first aired on BBC One in 2012, came in at No.1 with 25 per cent of the vote, followed by Doctor Who in second place with 13 per cent.

Trailing in third and fourth place – with seven per cent each and separated by just a single vote – were Line of Duty and Sherlock, RT reported.

If you’re not a fan, or have it on your to-watch list, here’’ a scene from Call the Midwife that may just get you hooked.

‘Nobody would watch it’

In a recent interview with PBS, Ms Thomas said that even before they started filming (Series 11 premiered in January this year), ‘‘people told us nobody would watch it’’.

‘‘They used to say young women will be frightened by it, older women will be disgusted by it, men won’t watch it at all, and I used to think well, nobody will watch this show,’’ she said.

‘‘The very first time it went out we got eight million overnight viewers and I think we were in a sort of shock.

Her reaction to beating GoT and Breaking Bad?

‘‘In terms of beating other shows, I don’t think drama should be a competition. I think all dramas of note have something to offer their audience and there’s such a variety of programs coming at viewers these days from all the different streamers.

‘‘I’m just really proud we’re still up there with shows which are very recent and very heavily promoted.’’

If the latest winning streak is anything to go by, there’s plenty of appetite for more. Season 12 began filming in April and season 13 has just been commissioned.

For balance, and with 15.5 million views so far, millions of GoT fans are desperate for the prequel House of the Dragon, starring Australian rising star Milly Alcock, which premieres on August 22 on Foxtel/Binge.

And Breaking Bad fans can always watch the entire five series (from 2008 to 2013) across their favourite streaming service including Netflix and Stan.