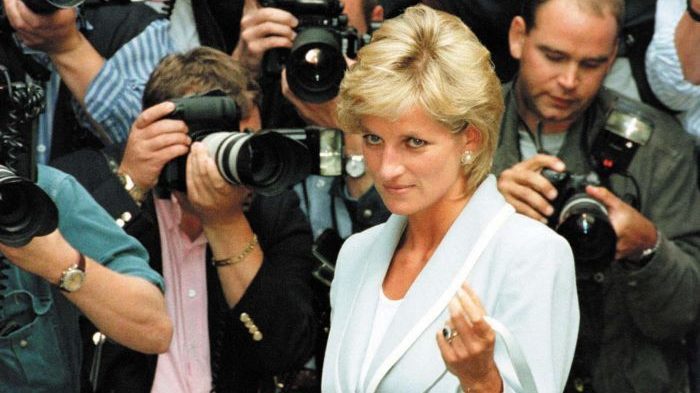 Princess Diana in 1986 was hounded by the press right up until she died in Paris in 1997. Photo: AAP

Oscar-nominated British filmmaker Ed Perkins, whose documentaries have won numerous international awards over the past decade, is back on the big screen with one of several feature-length films about the late Diana, Princess of Wales, set to air this month.

This year marks 25 years since Diana was killed in a car-crash tragedy  on August 31, 1997, after leaving The Ritz hotel in Paris in a chauffeur-driven car to do some shopping in the Champs Elysées.

With her boyfriend at the time, Dodi Al Fayed, and bodyguard Trevor Rees-Jones, Diana was chased by up to 30 paparazzi before her car struck a Fiat, swerved, and smashed into the 13th pillar inside Paris’s Pont de I’Alma tunnel.

Perkins directed the BAFTA-winning The Imposter, the 2012 Oscar-winner Searching for Sugar Man, and the beautifully told story of Scottish man Garnet Frost in Garnet’s Gold.

He was nominated for an Academy award in 2019 for the harrowing child-abuse story of twin brothers Alex and Marcus Lewis in Netflix’s Tell Me Who I Am, and has made a number of short films including If I Die On Mars.

But The Princess, in cinemas on August 11, may be his boldest move yet as it tells the story of Diana exclusively through access to archival footage.

Indeed, there have been dozens of TV series, documentaries and feature films about Diana in the years since her death (too many to list here), but 25 years on The Princess reminds us how the public’s attitude to the monarchy was, and still is, shaped by these historic events.

The young British filmmaker pieces together her life and turns the camera back on ourselves, showing the profound effect Diana had on everyone who met her, and everywhere she went.

Elsewhere, as audiences return to cinemas in near pre-pandemic numbers, there are a few other gems on the card.

We welcome back Hollywood royalty Brad Pitt after a short hiatus, there’s an Aussie flick starring the youngest Hemsworth brother (there are three), and Get Out! director Jordan Peele returns for another pop nightmare.

Pitt stars as Ladybug, an unlucky assassin determined to do his job peacefully after one too many gigs went off the rails.

Directed by Deadpool 2′s David Leitch, the film has been described as a major crowd-pleaser “with one reaction likening the movie to throwing ‘Snatch and John Wick in a blender’,” wrote Movieweb.

Finally, a bunch of stories about dogs and their owners and the unique bond they all share. No, you can’t take your dogs to the cinema to share popcorn and choc tops, but it won’t be long before this two-hour-and fifty-minute visual feast is streaming.

The official synopsis reads: “This carefully curated program of short canine-themed films is comprised of the most inspirational, heart-warming and entertaining stories about dogs and their human companions, from independent filmmakers around the globe.”

Need a girls’/buddies night out and watch Love, Actually once a year? If the answer is yes on both counts, then this one is a must-see.

Emma Thompson plays Nancy Stokes, a 55-year-old widow who is yearning for some human connection and an adventure like no other. When Leo Grande, played by Irish actor Daryl McCormack, who is best known for Peaky Blinders, lands on her doorstep as a young, male escort, well, we can imagine what happens next.

Time says Thompson’s performance is “something glorious” while the Independent in the UK hints “empowerment is only one piece of the puzzle”.

Liza Minnelli, 76, still has a place in Hollywood. She was on stage earlier this year for the 94th Academy Awards to present the final award for the night – Best Picture – alongside Lady Gaga.
And this year marks the 50th anniversary of her 1972 masterpiece, Cabaret, a milestone that will be fittingly celebrated by the film’s re-release in cinemas.
We can once again enjoy her performance as a female club entertainer in Weimar Republic-era Berlin, where she romances two men during the rise of the Nazi Party.

Director Jordan Peele told Vanity Fair in 2017 that “humanity is the monster in my films” – something fans who watched his critically acclaimed and racially charged film Get Out will understand.

Movie critics invited to early screenings of Nope have been trying to unpack the plots, sub-plots and conspiracy theories to determine what Peele is actually trying to tell us with his latest effort.

He gave one hint to Indiewire last month: “I wrote it in a time when we were a little bit worried about the future of cinema … so the first thing I knew is I wanted to create a spectacle… the great American UFO story.”

Nope is variously described as a new pop nightmare and an expansive horror epic. It reunites Peele with Oscar-winner Daniel Kaluuya (Get Out, Judas and the Black Messiah), who is joined by Keke Palmer (Hustlers, Alice) and Steven Yeun (Minari, Okja).

They live on a black horse ranch in inland California and, well, all kinds of weird things start to happen.

Byron Bay Gen-Z teen Rasmus King, 17, was already a great surfer before he made this coming-of-age Aussie flick with Luke Hemsworth, the oldest brother of Chris and Liam.

Hemsworth plays Bosch, a young father who goes on the run for drug dealing with his surf gang and drags his sensitive young son, Rockit, along for the ride.

He’s promised a lot, but the young teen ends up being dumped with his alcoholic mother while trying to forge a friendship with a local girl he meets at a motel.

Girl At The Window: August 18

A local production, Radha Mitchell’s thriller received funding from Film Victoria and is about a troubled teenage girl who’s struggling to cope with the accidental death of her father.

She suspects that the mysterious killer stalking her hometown is not only her neighbour but her mother’s new romantic interest. When she calls in the police after her best friend disappears, it’s a false alarm. But that doesn’t stop her determination to expose the killer.

During a second police response an innocent man dies and she suffers a breakdown. Confined to bed and no longer believed – not even by her extremely concerned mother – she is certain the killer is closing in on her.

Forget being chased by giant dinosaurs, angry crocodiles or a mega shark, this thriller set in the savannah is next level.

Idris Elba, Sharlto Copley and Iyana Halley play a father and his two teenage daughters who find themselves hunted by a massive rogue lion intent on proving that there is only one apex predator worth being afraid of.

Game of Thrones and Fast and Furious star Nathalie Emmanuel plays Evie, a young woman intent on finding out about her past.

She posts off her DNA for genealogy testing, and discovers a long-lost cousin she never knew she had.

Invited by her newfound family to a lavish wedding in the English countryside, she’s at first seduced by the sexy aristocrat host, but is soon thrust into a nightmare of survival as she uncovers twisted secrets in her family’s history and the unsettling intentions behind their sinful generosity.

Ruth Wilson (The Affair, Luther) plays Kate, a young woman living on the fringes of society who becomes intoxicated by a stranger who overwhelms her quiet life.