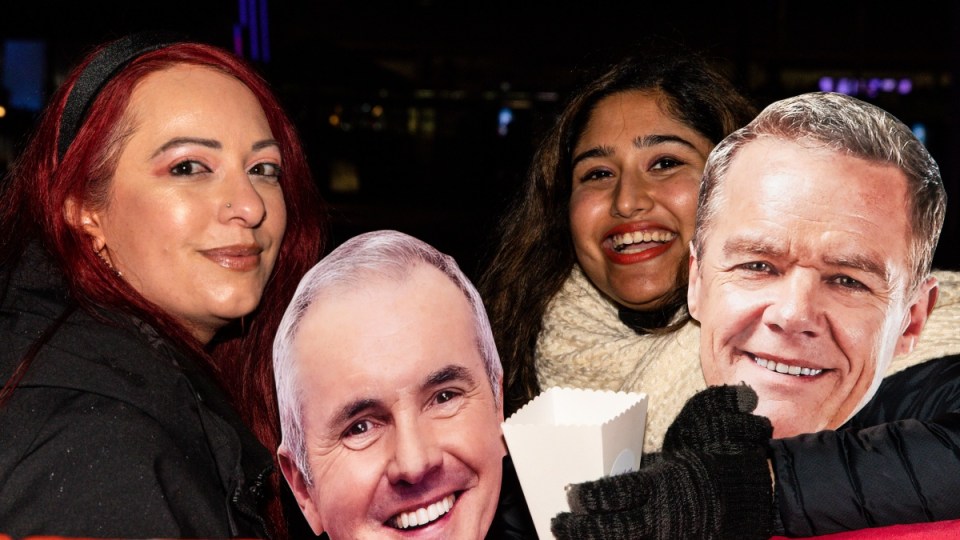 Fans of TV soapie Neighbours have braved the Melbourne cold to watch the finale of the long-running soap at Federation Square.

Riya Patel and Josephine Crawford arrived two hours before the broadcast to score beanbags in the front row.

Ms Patel, who began watching the show after emigrating from India in 2018, and has streamed episodes back to 2012, said she would miss the nightly adventures of Ramsay St residents.

“Most definitely, I don’t know what I am going to do at 6.30pm. It’s just going to be an automatic thing to go in front of the TV,” she said.

Steve Psaila, a viewer since the beginning of Neighbours 37 years ago, was wrapped up under a blanket clutching a mask of Paul Robinson.

He told AAP he used to watch the show alongside his late mother Mary.

“The last two weeks I’ve really wanted to watch it… I’m curious to see how it’s all going to finish,” he said.

About 100 fans arrived to watch the finale despite showers and a temperature of eight degrees.

Some of the show’s biggest stars, including Kylie Minogue, Jason Donovan and Margot Robbie have returned to the fictional suburb of Erinsborough for the three-episode ending.

The plot device that has brought them back is the wedding of Jarrod ‘Toadfish’ Rebecchi – his fourth time tying the knot on the program.

“I’m absolutely thrilled that we’re not a show limping to the end, we’re going out on an enormous high,” executive producer Jason Herbison said.

He said it was thrilling to work with the show’s biggest stars on their return for the finale.

“They definitely didn’t want it to be all about them, they wanted to be part of the celebration and to say ‘thank you’ for what the show has done for them.”

The production team worked hard to ensure the finale has something for every generation of Ramsay St fans, from 1985 onwards, Herbison said.

“I really hope people watch and take a minute to think about what Neighbours has meant to them, and when the curtain has come down, hold a piece of it in their hearts,” he said.

One of the show’s most iconic moments was the wedding of Donovan’s Scott Mitchell and Minogue’s Charlene Robinson, which aired in 1987.

The Ferguson Report: FBI raid finds proof of Donald Trump witch hunt
Can someone pass the tissues?: Hearts are breaking the world over as Neighbours finale airs
Today's Stories