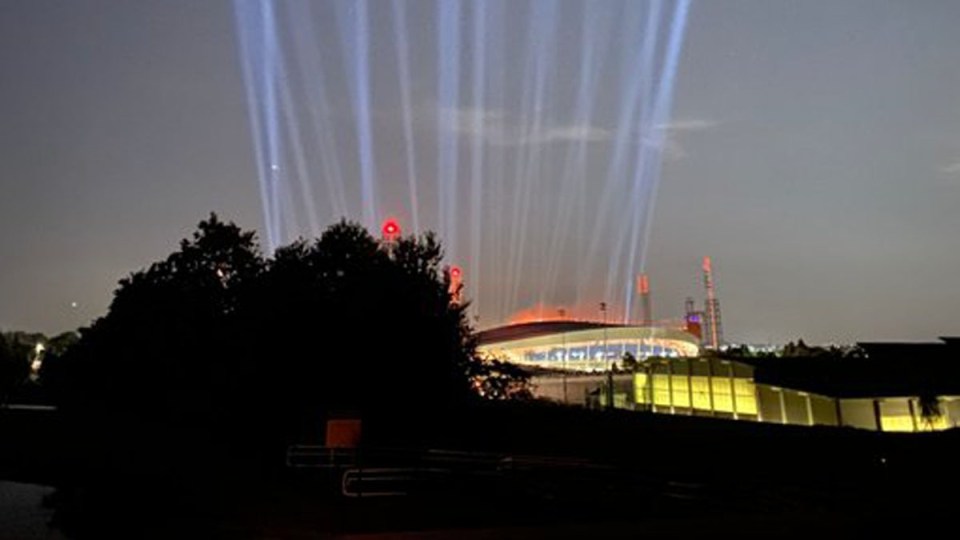 For the next 11 days, the city of Birmingham, in the heart of England’s West Midlands, will take centre stage as it hosts the XXII Commonwealth Games.

The Saxon village that grew into a town in the 12th century is now England’s second-largest city, and will host more than 5000 athletes from 72 countries contesting 283 medal events from July 29 through to August 8.

The time difference in the UK won’t be kind to Australian viewers, with the Opening Ceremony beginning on Friday at 4.45am AEST, and competition beginning later that day.

The Seven network will deliver free-to-air TV with Channel 7 and 7Mate, while the 7 Plus app will also offer up to 30 live and replay channels.

Hosts include Olympic champions Ian Thorpe, Cate Campbell and Curtis McGrath, and sports will be broadcast every night from 7pm (AEST), with many medal events in prime time.

Esteemed broadcaster Bruce McAvaney will return for his fifth Commonwealth Games, covering the opening and closing ceremonies and the athletics.

And to get everyone in the mood on Thursday, a special edition of Seven’s The Front Bar, hosted by Andy Maher, Mick Molloy and Sam Pang, will celebrate all things Commonwealth Games at 8.30pm AEST.

As with every Olympic and Commonwealth Games opening ceremony, Birmingham is shrouded in secrecy, as thousands of volunteers, artists, performers and musicians made their way to the city’s newly refurbished Alexander Stadium for practice sessions in recent days.

Writer and director of turn-of-the-century Birmingham gangster epic series, Peaky Blinders, hometown hero Steven Knight (also credited with creating Who Wants To Be A Millionaire) will executive produce the event.

What we do know is that Charles and Camilla will represent the Queen at the ceremony alongside the Earl (vice-patron of the Commonwealth Games Federation) and the Countess of Wessex.

The Prince of Wales will deliver a speech and read the Queen’s message, which was placed into the Commonwealth Games Baton last year at Buckingham Palace, before it left on a 294-day journey to all 72 nations and territories of the Commonwealth.

British band and original new romantics, Duran Duran, will close out the opening in front of an audience of more than 30,000, musical interludes will come from the City of Birmingham Symphony Orchestra (CBSO) and reggae legends UB40 are representing the Games with the official anthem Champion.

God Save The Queen will be sung by mezzo-soprano Samantha Oxborough, a graduate of The Royal Birmingham Conservatoire, with the CBSO.

The BBC reported the Games will be the first ‘‘top-flight multi-sport even’’ hosted in the UK since the Glasgow Games in 2014, and before that the 2012 London Olympics.

The UK’s Commonwealth Games Minister Nigel Huddleston described the opening ceremony as ‘‘the next blockbuster in our major year of sport and culture – the curtain-raiser for an incredible 11 days of sport’’.

‘‘London 2012 brought spectacles of this kind to a whole new generation … 10 years on, this ceremony will connect a new, global audience and showcase the very best of Birmingham and the whole of the UK,’’ he said.

Speaking at a press briefing, Mr Knight said his show will have real heart and emotion.

“What’s different, I think, about this is that a lot of these events are visually spectacular but emotionally timid,” Mr Knight said.

“A lot of times I think people are afraid to take a stance, afraid to make a point, that they’re believing that they’ve got to please all of the people all the time.

“And you know, I think people will be really moved by what they see, not just the bangs and the crashes but the bangs and crashes of emotions that are in there, the story of the people, and I’ve used that term for a purpose,” he said.

“It’s that the Birmingham story is the story of the common people and it always has been and that’s what this story is, and the things that Birmingham has given to the world such as electricity, technology, English-speaking drama from William Shakespeare 20 miles down the road.’’

UB40’s compelling four-minute music video, released on July 26, showcases pretty much everything about England’s second biggest city, its people, and the hopes and dreams of the competing track and field athletes, swimmers, boxers and paralympians.

It’s told through the journey of a young athlete hoping for glory.

‘‘Higher, faster, further, stronger!’’ are the inspirational lyrics we’ll hear over the next two weeks, which will most likely showcase the opening and be played across multiple giant screens inside the stadium.

Also on the night, Grammy-winning Black Sabbath guitarist Tony Iommi and saxophonist Soweto Kinch will lead a dream sequence entitled Hear My Voice, based on the title track from 2020 film Trial of the Chicago Seven.

A choir of more than 700 people, from 15 choirs from across the West Midlands, will also be performing.

Theatre producer Iqbal Khan told the BBC he wanted to tell Birmingham’s story from the beginning of his journey, ‘‘and I wanted to tell it right to show that there is a vivid and vibrant confidence about this place’’.

Most of Britain has been sweltering in 40 degree-plus temperatures lately, but Birmingham looks set for a cool evening, no rain, and a pleasant 24 degrees on the first day of competition.

Alexander Stadium will host the opening and closing ceremonies, the athletics and para athletics, with seven other major locations for competition.

These include the Sandwell Aquatics Centre for diving, swimming and para swimming, Cannock Chase Forest for cycling (mountain bike), Sutton Park, triathlon and para triathlon, Coventry Stadium for rugby, Warwick and Wolverhampton for cycling, and Victoria Park for lawn bowls and para bowls.

Australia has 435 athletes, including about 80 para athletes competing in 19 able-bodied sports and eight para sports.

The T20 women’s cricket will make its Games debut and it will be only the second time the sport has been played in the event, following the men’s 50-over tournament in 1998.

Australian Commonwealth Games Association chief executive Craig Phillips says it’s tough on ‘‘someone else’s patch’’ to lead the medal table, but ‘‘the reality for us is, we are the No.1 sporting nation in the Commonwealth so there is always that expectation’’.

The Australian team will be split into five in Birmingham, with athletes at two university campuses and two hotels, and track cyclists in London.

The split accommodation also mitigates risks of a coronavirus outbreak within the team: ‘‘It wasn’t the reason it happened … but it actually does help us,’’ Mr Phillips said.

Against the COVID-19 backdrop, Mr Phillips and his executive team have mandated that Australia’s athletes will depart within two days of their competition finishing.

Where are we expected to win most medals?

‘I am not afraid’: The modern unknown soldier risks it all in Ukraine
Energy market reform will be a big boost for emissions reductions: Chris Bowen
Greens sign up for Labor’s looming jobs-and-skills summit as Liberals stick with boycott
Joe Biden’s $430b green victory for the environment
China cementing its Thailand ties with joint military exercises
NRL: Titans frantic to end 10-game losing streak as Manly showdown looms
Trouble in paradise no more. The Block overcomes ‘massive’ rural challenge amid trade, supply issues
Today's Stories

Birmingham 2022 Commonwealth Games: How to watch the opening ceremony and all sports live