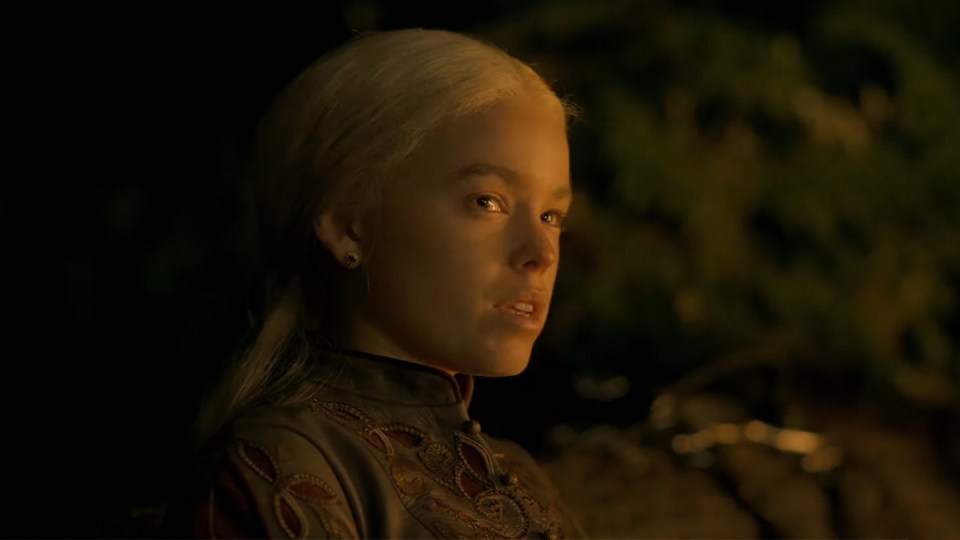 As the official trailer for the highly anticipated Game of Thrones prequel dropped last week, the career of one young Australian actor seemed set to rise abruptly – and rapidly.

Sydney-born Milly Alcock, 23, who currently stars alongside Australian singer-songwriter Tim Minchin in Foxtel original drama series Upright, may become a household name to the GoT fanbase around the world.

In just under four weeks, we’ll see Alcock in House of the Dragon (Foxtel/Binge) in what has been labelled the ‘‘most anticipated television event of the year’’.

“It has been three years since the finale of Game of Thrones and fans have waited long enough,” Binge executive director Alison Hurbert-Burns said.

The prequel series, based on George RR Martin’s fantasy novel Fire & Blood, is set 200 years before the events of Game of Thrones and tells the story of House Targaryen.

Alcock’s young Princess Rhaenyra Targaryen, the king’s first-born child, is of pure Valyrian blood, ‘‘and she is a dragon rider’’, according to Deadline.

‘‘Many would say that Rhaenyra was born with everything – but she was not born a man,’’ it wrote.

The grown-up version of the character will be played by Emma D’Arcy, 30, (Truth Seekers, Wanderlust) in the spin-off series.

Although we don’t know much about Alcock’s role or how much screen time she gets, an early-release poster promoting the series on June 22 featured only her, standing alone in front of an enormous dragon, with melting swords covering the ground on either side of them.

And on Wednesday, Alcock, with just 27,000 Instagram followers, posted the full trailer to her fans.

The response was immediate, with one Boston GoT fan echoing the sentiments of, well, millions.

“Your life is going to be completely different next month.

“Wanted to crush on ya a bit before you hit 1M followers basically overnight when the show drops. Good luck with everything,” he wrote.

So who is Milly Alcock?

Alcock’s first TV role was in 2014, starring in an episode of Ten comedy drama series Wonderland.

Other roles followed in shows such as limited series Pine Gap, High Life and Janet King.

She hosted her own Disney Channel program filmed out of Sydney called The BF Chefs, and has shot commercials for NBN, Cadbury, KFC and Woolworths.

But it was her starring role playing a runaway teenager Meg, who hitchhikes across the Australian outback in Upright, which earned her the 2018 Casting Guild of Australia Rising Star Award 2018.

Heading to the UK last year to film her biggest role yet in House of the Dragon, IMDb reports she is cast in the first 10 episodes of the first series.

Minchin, who finished filming the second season of Upright in May, took to Instagram to say how ‘‘bloody good’’ Alcock was and gave a shout out to her HOTD trailer.

Around the same time, in a Zoom interview with London-based freelance journalist May Garland, Alcock shares a few priceless details about her role.

She tells Garland she found out she got the role while ‘‘washing dishes at a restaurant in Sydney’’ and knew her life was going to change forever.

“It was a big change but I just told myself, ‘OK for whatever reason they believe in me, so I have to believe in myself’,” she said.

“I tried not to let myself become consumed with all the frills and fluff of what could happen after the show, because whatever I did was going to be on screens forever, so I wanted to put down the best performance I could.

“My character is pretty cool and a badass who goes against the grain,” she told Garland, adding that fans will get to see ‘‘lots of dragons’’.

‘‘We have such a great cast and everything was done with a lot of care and attention to detail.

“There’s something so liberating about losing yourself in the character. For me, it’s a very cathartic experience.

“You can forget yourself a bit when you’re stripped of everything that’s you, but it’s an amazing process.”

For Alcock, it has only just begun.

House of the Dragon will premiere on August 22 at the same time as the US, streaming on Binge at 11am. The series will also be available to watch on Foxtel in 4K Ultra HD

House of the Dragon: No one’s talking about Australian actor in the prequel, Milly Alcock, yet