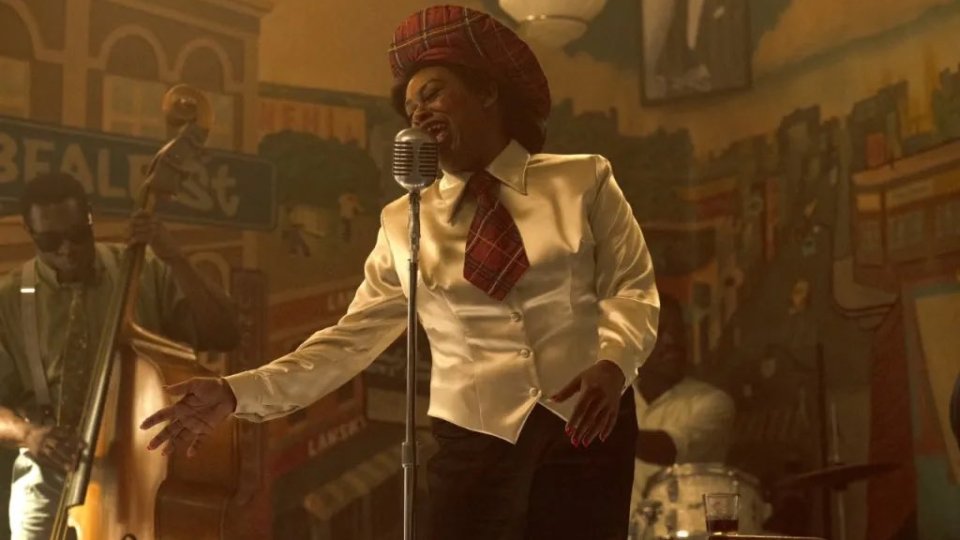 Nashville Police reported the death of the 44-year-old on Friday morning.

They said Dukureh was discovered inside her bedroom in the Nashville apartment she shared with her two children.

There were no signs of foul play, Metro Nashville Police Department tweeted.

According to local media reports, one of the actor and blues singer’s children found her unresponsive and went to a neighbour’s apartment for help.

The neighbour called emergency services shortly before 9.30 am (local time).

Nashville police said a medical examiner was working to identify the cause of Dukureh’s death.

It came just after she made her major film debut in Luhrmann’s biopic, where her cover of Elvis Presley’s Hound Dog captured audiences.

On July 13, Dukureh posted on Instagram to say how grateful she was to get the opportunity to sing Presley’s hit.

“Gratefulness is where I live cuz my granny, gmama, momma, family modelled and instilled it in me,” she wrote.

“It isn’t a posture of less than or crumbs scraping, but one that acknowledges good things aren’t a guarantee and when we encounter them thankfulness, gratefulness is the least we can express.”

Luhrmann’s Elvis, much of which was filmed in Queensland, opened in cinemas about a month ago. It has been a box office hit, climbing into the top 10 highest-grossing Australian films of all time within a couple of weeks.