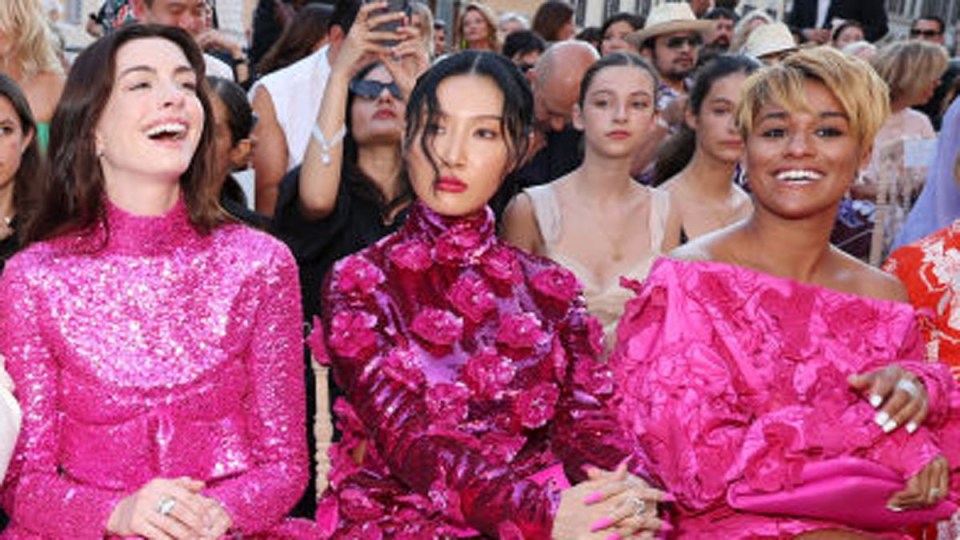 Since her unveiling at the New York Toy Fair in 1959, the Wisconsin-born plastic doll, Barbie, has been a fashion icon.

The companion of children the world over, she’s created pop culture trends wherever she goes with her inspirational accessories – from platform shoes to the Barbie bus and the Ken doll boyfriend.

Now her fashion influence has continued into yet another decade, after Italian designer Valentino’s creative director Pierpaolo Piccioli sought inspiration from her colour palette for his Fall/Winter 2022 collection.

Coupled with the buzz around Australian actor Margot Robbie portraying Barbie in the 2023 live-action film, his style choice has been credited with sparking a global frenzy over the new core trend.

And once social media influencers like Kim Kardashian, Paris Hilton and singer Lizzo donned the bubblegum colour, there was no turning back.

“While many designers have showcased monochromatic collections in the past to place a spotlight on the intricate craftsmanship and attention to detail on the garments, few have ventured into a hue this bold.”

As of July 18, there have been 9.5 million Barbiecore views on TikTok, with people selling Barbie merchandise, dressing up as Barbie, selling their own Barbie collection and well, there’s even a plastic pink Barbie crucifix.

Over at e-commerce company Etsy, searches for Barbiecore hot pink fashion-related clothing and accessories are up 35 per cent in the past three months compared to last year, US news network ABC reported on July 15.

“And with many nostalgic for simpler, sunnier and more carefree times, it only makes sense that this ’80s-inspired, unapologetically pink aesthetic is taking centre stage as the ‘it’ style of the summer,” she said.

Australian magazine Elle attempted to break down the aesthetic, saying Barbie was a “symbol of the American dream, a beacon of beauty standards and emblematic of opulence”.

“The doll is also a feminist icon, given she’s symbolised women’s liberation and independence (albeit simultaneously being a proponent for unrealistic body standards) …  it’s more than just putting on an all-pink ensemble and calling it a day.

“Barbiecore is rooted in aspiration, it’s what made the doll so popular after all. The doll has the dreamhouse, the dream boyfriend, the dream lifestyle.

“She’s blonde, she’s thin, she’s rich and she knows it. She’s dressing to the male gaze, the epitome of ‘all girls want to be her, all guys want to be with her’,” Elle wrote on July 5.

But all might not be as it seems, as American actor and feminist author Greta Gerwig (Little Women) has written and directed the romantic comedy inspired by the Mattel doll.

In a cover interview for British Vogue’s August 2021 issue, Robbie said the Barbie film “comes with a lot of baggage” as well as “a lot of nostalgic connections”.

“But with that come[s] a lot of exciting ways to attack it. People generally hear ‘Barbie’ and think, ‘I know what that movie is going to be,’ and then they hear that Greta Gerwig is writing and directing it, and they’re like, ‘Oh, well, maybe I don’t’,’’ Robbie said.

Vogue wrote: “It’s no secret that the franchise’s lack of diversity has historically proved controversial, too – and is something that Gerwig will need to tackle head on in the film.”

In the meantime, you be the judge of fashion’s latest craze.

‘Barbiecore’: Why this is the trending celebrity pink fashion phenomenon ‘du jour’