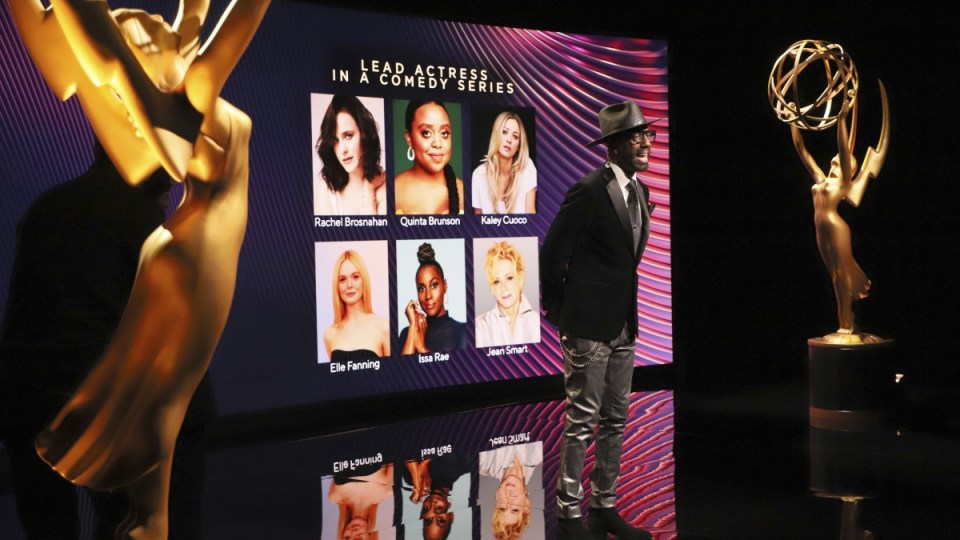 The 74th Emmy Awards will be held on September 12. Photo: AAP

Nominations for television’s biggest annual awards night, the Emmys, have been announced.

And while there have been some historic firsts, there’s also been a few snubs, surprises and one glaring omission.

Introducing the nods for the 74th annual event, television academy chairman Frank Scherma gave some insight on the Emmy submissions.

“Over the last few years, I have watched as television has kept the world entertained, informed and connected, and now I am excited to see where we go from here,” Scherma said.

“We are breaking records with the number of submissions received by the television academy this year, which tells me two things.”

He said production was “at an historic high” and the quality of the shows was also at an all-time high.

“[The nominations] reflect only a fraction of the incredible television being made right now,” he said.

That may be so, but tell that to two of the biggest stars in Hollywood, Julia Roberts – who missed out on a nomination for her role in the Watergate drama Gaslit – and Jennifer Aniston, who was also ignored by the academy for her co-starring role in The Morning Show.

As for the host?

Cedric the Entertainer hosted last year, and Jimmy Kimmel the year before, but we’re in the dark as to who will entertain the 7000-strong audience inside the Microsoft Theatre in downtown Los Angeles in September.

On the upside, a number of Australians are up for awards, including Toni Collette for The Staircase, Sarah Snook for her role as Shiv Roy in Succession and the marvellous Murray Bartlett for The White Lotus.

Let’s see what else caught our attention.

HBO drama Succession, which tells the story of a conniving media mogul and his family, topped the list of Emmy nominees with 25 nods, including one for best drama series, a rival nomination made a little bit of history.

Overall, the drama about class, money, wealth and death earned a total of 14 Emmy nominations, including Lee Jung-jae for lead actor, Jung Hoyeon  for supporting actress, Park Hae-soo and Oh Yeong-su for supporting actor and Lee Yoo-mi for guest actress.

Social media fans said Julia Roberts’ performance in Gaslit was her best in years, and others felt “robbed” she had missed out on a nomination.

The limited series was about the 1972 Watergate scandal, which ended in the forced resignation of US President Richard Nixon.

Friends‘ and rom-com specialist Jennifer Aniston missed out, but her co-star Reese Witherspoon landed her first nomination for The Morning Show in the Lead Actress in a Drama Series category, alongside co-star Billy Crudup, who was also recognised.

If it’s any consolation, when Aniston crossed over from comedy to drama back in 2020, it was hailed as a first for her when she was nominated in the lead actress category for playing breakfast show host Alex Levy.

“I feel like I’ve discovered a whole new doorway into what we do – into acting – that I’d never, in all the years, even thought about,” she told Variety that year.

“I have a whole new tool belt.”

‘Crying, shaking and throwing up’

When Quinta Brunson made history as the first Black woman to be nominated for Emmys in acting, writing & outstanding comedy in the same year for Abbott Elementary, she was quick to respond.

“Crying, shaking and throwing up has new meaning to me because I real life did all three. Still speechless,” the former Buzzfeed video staffer posted on Twitter.

“Congrats to the entire staff and cast of Abbott Elementary. And I want to share this moment with all of the people who watch and love the show. Emmy-nominated, baby!” posted

ABC’s Abbott Elementary, a mockumentary sitcom about a group of teachers brought together in one of the worst schools in the US, is among eight nominated shows for outstanding comedy series.

Variety says it would be the first broadcast network show to win the category since Modern Family in 2014.

Launching just on three years ago, for the second consecutive year, Apple TV+ broke records with 52 nominations across 13 titles.

The second season of global phenomenon Ted Lasso became the most nominated comedy series for the second year in a row with 20 nominations.

There were nominations for Schmigadoon!, The Morning Show, The Problem with Jon Stewart, Central Park, Pachinko, Foundation, Lisey’s Story, See, They Call Me Magic and Carpool Karaoke: The Series.

In a statement, Apple’s head of worldwide video Zack Van Amburg said the “extraordinarily talented group of Emmy nominees showcase the variety of brilliant, unique and original stories we’ve been honoured to bring to the screen over the past year”.

“Each of these series has inspired audiences to view the world a little differently, drawing attention to the human condition in moving, inspiring, and often very funny new ways,” he said.

Meanwhile, just because practically the entire cast of The White Lotus received a nomination, here’s Sydney Sweeney’s reaction while speaking to her mother on the phone in a car.