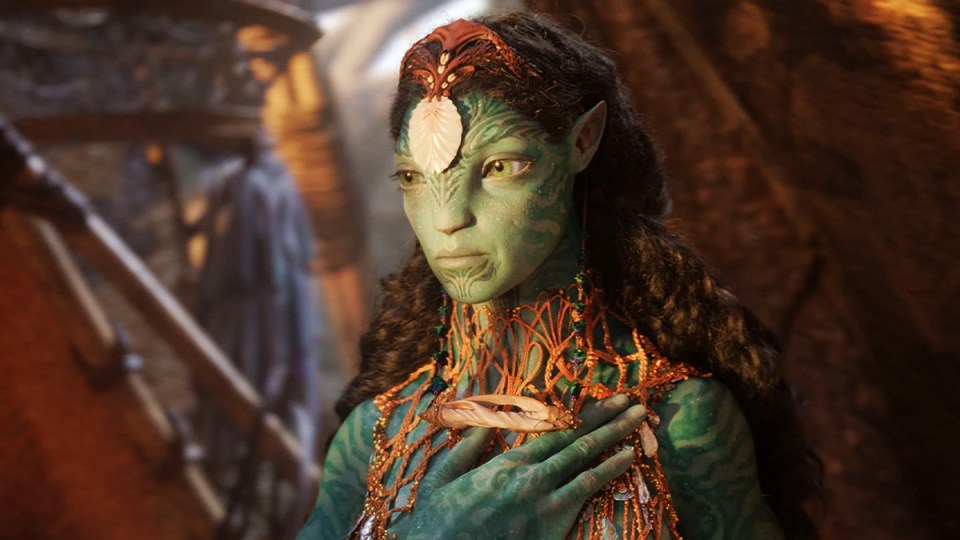 Titanic's Kate Winslet takes to the water, again, in Avatar: The Way of Water. Photo: Disney

Thirteen years ago, when director James Cameron’s epic Avatar hit cinemas, audiences were blown away by the stunning use of computer-generated imagery and revolutionary motion-capture techniques using live actors.

Now, as we’re mere months away from the sequel, Avatar: The Way of Water, Cameron has given an exclusive interview to Empire magazine to temper fears the film is too long and no one will remember what happened in the first one.

“The trolls will have it that nobody gives a s–t and they can’t remember the characters’ names or one damn thing that happened in the movie,” he says.

“Then they see the movie again and go, ‘Oh, OK, excuse me, let me just shut the f–k up right now’. So I’m not worried about that.”

Cameron similarly doesn’t mince his words about the length of the film, with the original running just on 160 minutes.

“I don’t want anybody whining about length when they sit and binge watch [television] for eight hours,” he tells Empire.

“I can almost write this part of the review. ‘The agonisingly long three-hour movie …’ It’s like, give me a f–king break. I’ve watched my kids sit and do five one-hour episodes in a row.

“Here’s the big social paradigm shift that has to happen: It’s OK to get up and go pee.”

Kate Winslet returns to the water with Cameron

On a lighter note, the cover of Empire’s July issue carries English actor and Oscar winner Kate Winslet, who is set to play a major role as Ronal, the leader of the Metkayina, a lesser-known clan of the Na’vi tribe who live in the shallows of alien planet Pandora’s vast oceans.

The original story goes like this: Avatar (also written and produced by Cameron) was set on Pandora, and followed wheelchair-bound Marine Jake Sully (Sam Worthington) as he fell in love with one of the planet’s Na’vi inhabitants, Neytiri (Zoe Saldana).

By the end of the film, Sully decides to join the Na’vi tribe in the form of his able-bodied ‘Avatar’ who can run, swim, fly on the backs of giant birds and fight the bad guys, and begin a new life on Pandora with Neytiri.

With the official trailer released in mid-May, this first sequel (there are three more), will follow the next chapter of Jake and Neytiri’s lives, and feature the return of previous cast members including Sigourney Weaver as Dr Grace Augustine and Stephen Lang as Colonel Miles Quaritch.

And Winslet, 46, whose most recent roles include playing police officer Mare Sheehan in the multi-award-winning Mare of Easttown.

“She is deeply loyal and a fearless leader,” Winslet told Empire on July 1.  “She is strong. A warrior.

“Even in the face of grave danger, and with an unborn baby on board, she still joins her people and fights for what she holds most dear. Her family and their home.”

She’s got water history with Cameron and is reuniting with him for the first time since his directorial masterpiece Titanic, where she played Rose DeWitt alongside Leonardo Di Caprio’s Jack Dawson in his epic 1997 romance, which went on to smash box office records and win 11 Oscars.

“Jim and I are both totally different people now to who we were 26 years ago,” she says.

“He is calmer, and I am definitely more hyperactive now!” she says, admitting she can seriously hold her breath under water.

“Seven minutes and 14 seconds, baby! … The most amazing thing for me as a middle-aged woman was to learn something not just new, but superhuman.”

She told Entertainment Tonight in 2020 she loved the training for the underwater scenes.

“It was brilliant and I was very proud of myself and I’ll probably never be able to do it again … that came at the end of four weeks’ worth of quite intense training and it was in the dive tank.It was in the training tank. But I loved it.”

She told ET doing new and unexpected things has proven to be “one of the things I love about the job”.

“We’re very, very lucky as actors that often we have to learn a whole new skill,” Winslet shared.

Empire’s Avatar: The Way of Water special issue (packed with new images and interviews) hits the stands on July 7.