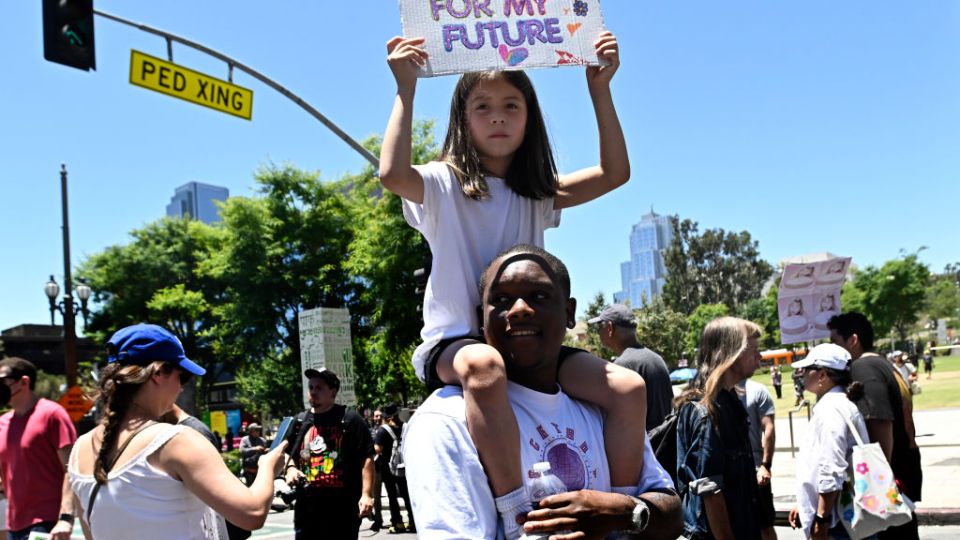 When the US Supreme Court ended almost 50 years of federal constitutional protection for women and overturned the 1973 Roe v Wade ruling last week, the voices of protest from politicians, prime ministers, women and girls reverberated the world over.

One in four women will get an abortion in their lifetime – but the Supreme Court had just overturned a landmark ruling that recognised a woman’s right to one.

Since then, celebrities, both young and old, have shared their abortion stories in solidarity with other women.

And their accounts have reminded us of many others over the years who have shared similar experiences in op-eds, podcasts, interviews, and memoirs.

In 2005, journalist Susan Dominus wrote in Glamour magazine: “Celebrities today regularly reveal the details of their drug addictions, sexual obsessions, marital infidelities – but no celebrity in recent memory has admitted to ending a pregnancy”.

“It means so much to so many people that this is no longer true,” Glamour wrote this week, sharing the stories of 39 female celebrities.

“Celebrities have become increasingly bold in sharing their abortion stories. Celebrities speaking out about abortions helps to remind us that abortions are extremely common, that all kinds of people get them, and that abortions allow people to pursue the life they want on their own timeline.”

“It is no secret I struggled with infertility,” she wrote. “Losing multiple pregnancies before her was traumatic. But female bodies are all different and unpredictable.

“Having an abortion after my foetus died allowed for my uterus to heal in a way that made it healthy enough to carry future pregnancies. It doesn’t matter if you use the term D&C [dilation and curettage].

“The official word on the hospital paperwork is abortion. That’s what it was.”

Burton said the “painful day” would have been “worse” if abortions were illegal “and law enforcement inspected my body to make sure I hadn’t caused my own miscarriage. Cause that’s what’s coming”.

“[Roe] V Wade protected my rights as a woman to have miscarriages without scrutiny,” Burton said, adding that she’s received messages from her supporters who have also suffered pregnancy losses.

In the September 2021 edition of the Washington Post, Thurman (Pulp Fiction, Kill Bill), wrote an essay about the abortion she had as a 15-year-old. It was in response to an anti-abortion law passed in Texas.

“You might not be interested in the opinions of an actress, but given this new outrage, I feel it is my responsibility to stand up in their shoes,” Thurman wrote.

“I was just starting out in my career and didn’t have the means to provide a stable home, even for myself. We decided as a family that I couldn’t go through with the pregnancy, and agreed that termination was the right choice.”

Thurman, now 52, travelled to Germany and a friend there helped her.

As she lay on the operating table, she told herself she deserved to feel pain as she had “internalized so much shame”.

“My fingers were tightly locked across my chest, and when the procedure was done the doctor looked down at me said, ‘You have beautiful hands – you remind me of my daughter’,” Thurman wrote.

“That single gesture of humanity is seared in my mind as one of the most compassionate moments I have ever experienced. In his eyes, I was a person, I was a daughter, I was still a girl.”

As part of Variety’s pride issue in 2019, Gadbsy spoke about having an abortion after being raped, a story she first shared in her critically acclaimed Nanette comedy special.

“They’re getting away with it because they’ve got into the branding really well. It’s not ‘pro-life’,” she said.

“What a stupid f–king statement! I’m ‘pro-life’, but I had an abortion. That sits very comfortably in my head as a duality.”

After Roe v Wade was overturned on June 24, Moreno spoke to Variety about having an abortion in her 20s when she was in a relationship with late actor Marlon Brando.

“Marlon found a doctor through some friends,” the West Side Story star said. “He was a real doctor – Marlon paid him $500 – as opposed to something in a back alley.”

“Marlon took me to the hospital. I had what they told me was a ‘disturbed pregnancy,’” Moreno said.

“The doctor didn’t do anything really, except make me bleed. In other words, he didn’t do it right. I didn’t know it then, but I could have died. What a mess. What a dreadful mess.”

Moreno said she was frightened about what the latest ruling meant for young and vulnerable girls.

“Taking it to the most extreme, girls who get pregnant because of rape or incest. Unfair isn’t a strong enough word, but it’s unfair,” she said.

“I’m sorry I’m not the most articulate today but I’m just shocked.

“We loud mouths are going to have to get busy. There are many of us. I’m thinking what are we going to do about this? If anything, this has reactivated us.”

Bridgers had an abortion in October last year.

She shared her story on Twitter a day after the Supreme Court voted to overturn Roe v Wade.

“I had an abortion in October of last year while I was on tour … I went to Planned Parenthood where they gave me the abortion pill. It was easy,” Bridgers said.

The rapper and fashion icon told Rolling Stone in 2014 that getting an abortion at age 16 was the hardest thing she had ever gone through.

“I thought I was going to die,” she said.

“It’d be contradictory if I said I wasn’t pro-choice. I wasn’t ready. I didn’t have anything to offer a child.”

RS pointed out that Minaj first rapped about the experience on an old song called Autobiography that she thought few people would hear.

In a Washington Post op-ed last year, Billie Jean King said she fell pregnant unexpectedly at 27 in 1971 when she was the top-ranked tennis player in the world.

“Most Americans today can’t remember a time when abortion was a felony in most states, even in instances of rape or incest, but I remember all too well,” she wrote.

“My own experience obtaining a legal abortion, two years before the landmark Roe v. Wade decision, illustrates why we must never roll back our hard-won reproductive rights.”

Chelsea Handler was 16 when she fell pregnant – she wrote about it in Playboy in 2014.

“I felt parented, ironically, while I was getting an abortion. And when it was over, I was relieved in every possible way,” Handler wrote.

“We all make mistakes all the time. I happened to f–k up twice at the age of 16. I’m grateful that I came to my senses and was able to get an abortion legally without risking my health or bankrupting myself or my family.