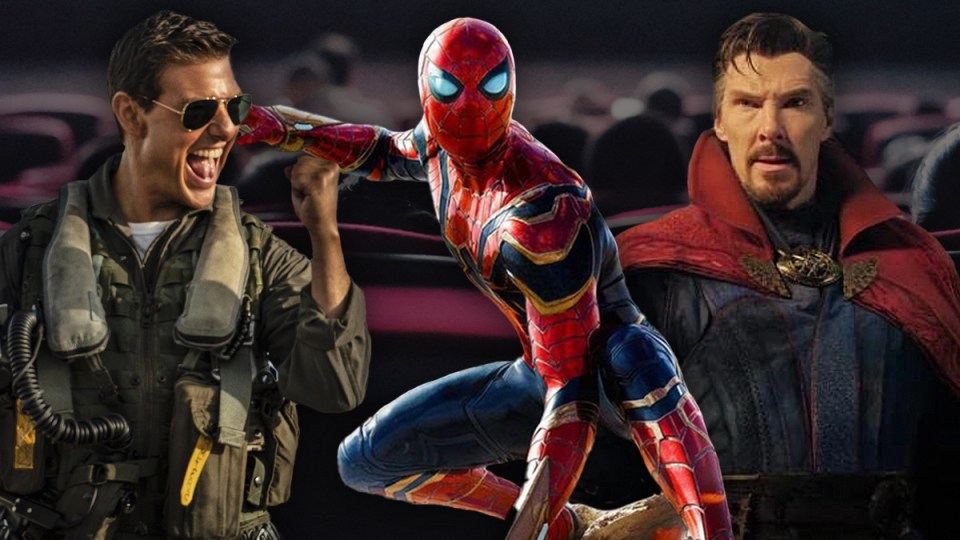 The recovery of mainstream cinemas after two years of COVID-19 disruptions “won’t be solved by Hollywood blockbusters alone”, according to experts.

Researchers from the Queensland University of Technology’s Digital Media Research Centre (DMRC) Dr Ruari Elkington and Dr Tess Van Hemert are convinced a wider range of content needs to be produced and delivered to audiences to get them back on seats in cinemas.

So much so that the pair are linking up with independent group Palace Cinemas to conduct the first comprehensive national survey of the chain’s moviegoers to find out their “mindset and desires”.

“Top Gun: Maverick is a perfect blockbuster in many ways and has helped draw out some of the 35+ cinema-goers who may have gone to the movies less frequently since the pandemic began,” said Dr Elkington.

So has Spider-Man: No Way Home and Doctor Strange in the Multiverse of Madness.

But it’s not enough, and recovery will hinge on a wide range of content.

What cinemas need to do to get audiences back

National marketing manager for Palace Cinemas (they have 180 screens nationally), Alex Moir, says they need to figure out what drives audiences to the cinema.

Putting the desire for choc tops and salty boxes of delicious popcorn aside, one reason might be the vast majority of big-budget movies are spending few days on theatrical release before hitting streaming services.

“While we’ve seen a change in tactics from major studios distancing themselves from day-and-date releasing, and proof that the economic viability for many films remains in the theatrical release model, we still need a greater understanding of what drives audiences to the cinema verses staying home,” Mr Moir said.

“Knowing the core appeals of cinema in a post-pandemic world, when audiences are inundated with choice, is paramount to our continued success.”

Chief executive officer for Melbourne’s Cinema Nova, Kristian Connelly, tells The New Daily the greatest issue for the industry is not so much the spectre of streaming or COVID-19, but the supply of films that we used to enjoy.

“That will gradually change. The marketplace has been shaken over the past two years ,but early indications that audiences are returning in pre-pandemic numbers is very obvious,” he said.

Putting aside blockbusters and art house films, Mr Connelly says it’s about finding mid-level films with audience appeal, and that it was up to the cinema complexes to “guide” audiences about what’s playing as films continue to be released back into the market.

He says it’s just a matter of time before Cinema Nova is back to a “100 per cent” audience level before too long, and people rediscover the “power of cinema”.

“Each state is recovering at its own speed … collectively the indications are positive. We just have to keep crossing the invisible lines where audience reservation falls away.

“Cinema is not in crisis. What has been inflicted on the industry over the past two years – and given the rise of streaming – the fact that cinema has bounced back to the level it has so quickly is astonishing.”

Anecdotally, his Carlton-based 16-cinema complex is currently operating at 80 per cent of the pre-pandemic trade.

Australian Feature Film Summit organiser and producer of The Dressmaker Sue Maslin said the national survey would provide vital information for the industry.

“This is precisely the kind of research our industry needs and will make an important contribution to growing our understanding of audiences in a vastly changed theatrical landscape,” Ms Maslin said.

“Independent cinemas are where most audiences get to see a variety of Australian films each year.”

Screen Australia’s CEO Graeme Mason tells TND the recent summit was a chance for the industry to come together to figure out how local films are best supported by distributors and cinemas.

He added: “It’s great to see more partnerships like this one with QUT and Palace emerge, to arm the industry with data and further support the revitalisation of the screen sector, and we look forward to seeing the results of this survey.

“It’s clear to us that Australian cinema goers enjoy a range of films including blockbusters as well as local stories that showcase our distinctive landscapes and culture.”

He said there were “promising signs” at the local box office, and the industry has been “buoyed by the success of recent Australian films” How to Please a Woman and The Drover’s Wife, with box office receipts of $2 million and $1.3 million respectively.

He said there were more films just around the corner for our consumption including Elvis, Seriously Red, Three Thousand Years of Longing, Falling For Figaro and Blueback.

Dr Van Hemert said a trip to the movies was Australia’s most popular cultural activity, with independent cinemas hosting more than 27 million visitors and contributing more than $250 million into the nation’s economy before COVID-19.

“Cinemas are mostly a commercial enterprise, but they are also a public good, especially outside of metro areas where a cinema is a community hub and a driver of social cohesion,” she said.

“Our research has already found that Australian cinemas have been quite remarkable in how they have adapted to COVID and have been able to keep audiences engaged and win them back as lockdowns and other restrictions have eased.”

Dr Elkington added that while the past two years had been extremely tough for operators, the opening of new cinemas in Brisbane and elsewhere held the promise of “green shoots of economic recovery for the industry”.

“No matter how many streaming services and other in-home entertainment platforms there are, Australians will always have a special place in their heart for cinemas,” he said.

“Most of us have such strong, sentimental memories associated with going to the movies, whether as young children, teenagers, or adults.

“If anything, cinemas are more inviting than ever with their extra comfortable seats, movie clubs, festivals, special events and other attractions.

“Yet, we know that Australian cinemas, especially independent cinemas, want the flexibility to program a diversity of content to appeal to a range of audiences and we know audiences crave that diversity also, especially once they’ve already seen the tentpole title.”

Mr Mason said “the landscape has been changing even aside from the pandemic and the evolving viewing habits of audiences [and] pose both challenges and opportunities for Australian films and filmmakers, and we look forward to supporting them both”.

“Ultimately, cinemas provide a communal, emotional, big-screen experience that is unmatched,” he said.

The first comprehensive national survey of the Palace’s moviegoers will kick off in August.