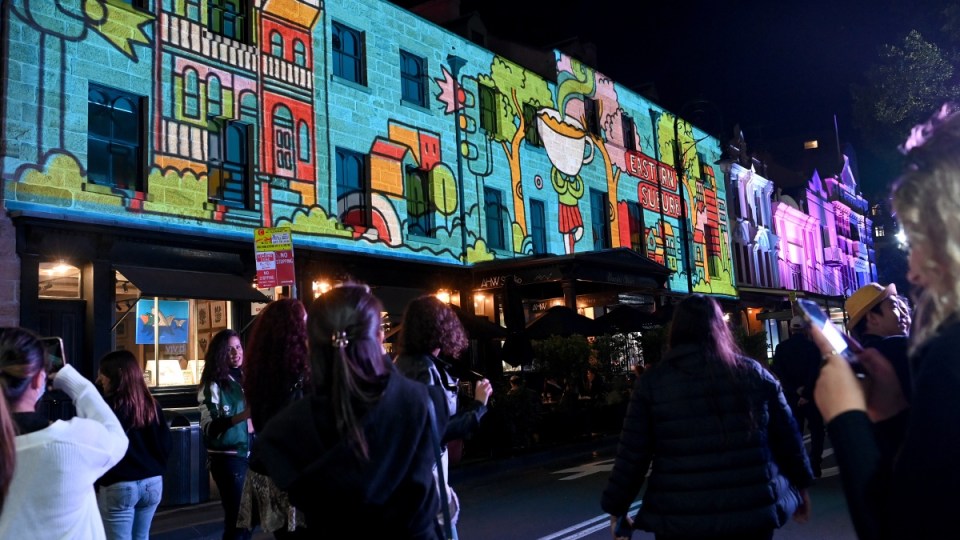 Food-lovers will be enticed to visit next year's Vivid festival in Sydney with a focus on dining. Photo: AAP

Next year’s Vivid Sydney will have a focus on food and dining in a bid to further improve on this year’s bumper crowds.

Details of the 2023 event have been revealed just hours after the final night of the annual winter light festival concluded.

Vivid Sydney 2022 was the city’s most well-attended to date, attracting more than 2.2 million people over 22 nights.

Attendance was five to 10 per cent above pre-pandemic levels, the NSW government said on Sunday.

The opening weekend was the largest on record since the festival began 13 years ago, and some 630,000 people trekked through the city to look at the lights over the Queen’s Birthday long weekend.

That’s a wrap! 🤩 Thank you to all those who warmed the soul of our city at #vividsydney 2022. Special thanks to the artists, volunteers, sponsors and partners who helped make Sydney shine.
📅 We'll be back next year from 𝟮𝟲 𝗠𝗮𝘆 – 𝟭𝟳 𝗝𝘂𝗻𝗲 𝟮𝟬𝟮𝟯

Vivid Sydney 2023 will return in May and will include a focus on food and dining in the city centre.

Vivid Food will give chefs, restaurateurs and producers the chance to create culinary events to promote CBD restaurants and the night-time economy.

“Vivid Sydney provides a mid-year boon for restaurants, bars, cafes and retail in the CBD and along the festival’s footprint,” Mr Ayres said.

“Participation figures show that NSW has fallen back in love with Sydney.”

If you missed out on the sold-out #AaronSorkin and #LeighSales convo as part of #vividsydney at the @StateTheatreAU, check out our YouTube video with key moments of Aaron’s talk here: https://t.co/q0qnhHUPhi pic.twitter.com/EiDEGyGtak

Estimates show about 650,000 people who visited Vivid also dined at restaurants around the festival’s footprint, he said.

“What better way to do that than to make food a key ingredient in the Vivid Sydney mix, in concert with the existing successful elements of light, music and ideas.”

Mr Ayres said next year’s Vivid will be more immersive and include new collaborations, in what he hoped would be the best version of the event yet.

Expressions of interest for light, music, food and ideas open on Sunday.