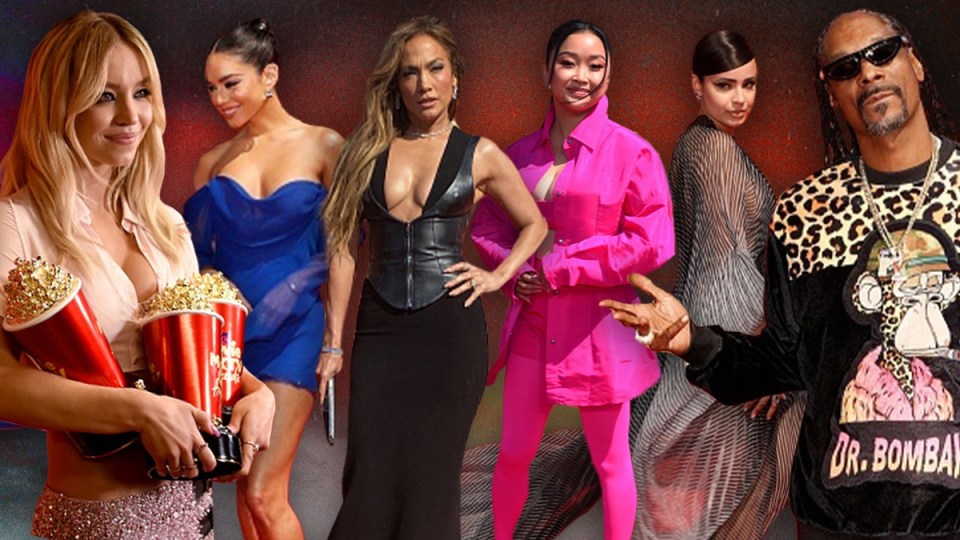 On a sunny red carpet afternoon in Los Angeles, the stars came out to play for the MTV Movie & TV Awards. Photo: TND

Hosted by High School Musical star Vanessa Hudgens on Sunday night local time in Los Angeles, MTV this year combined the annual movie, television and unscripted award shows into one event, making sure the golden popcorn statues were all taken home on the one night.

The big-name stars including Zendaya (Euphoria), Tom Holland (Spiderman) and Scarlett Johansson didn’t grace the red carpet, but it left the gate open for the young stars of television to shine, and for the veteran performers like rapper and comedian Snoop Dogg and Jack Black (School of Rock) to steal the show.

Producers and executives at MTV nominate the stars and the best films and TV series, however, the winners aren’t chosen by their peers, but rather the general public through an official MTV awards voting website.

Spider-Man’s Zendaya was recognised as the Best Performance in a Show for her role in Euphoria, while Deadpool’s Ryan Reynolds earned Best Comedic Performance for Free Guy.

Daniel Radcliffe (Harry Potter) won best villain for The Lost City, Holland and Zendaya’s emotional farewell was nominated for Best Kiss, but lost out to the weird kiss between Poopies (Sean ‘Poopies’ McInerney) and the snake in Jackass Forever.

Best Fight was won by the girls Cassie and Maddy from Euphoria.

Most Frightening Performance went to Jenna Ortega for Scream, Best Song went to Jennifer Lopez for On My Way from Marry Me, and Best competition series went to RuPaul’s Drag Race.

TV show royalty Jimmy Fallon and Kelly Clarkson also took home some popcorn, as did Paris Hilton, back on our screens Down Under with her series of Uber Eats commercials with the Australia Zoo family.

Harper’s Bazaar reported Lopez (Maid in Manhattan) got emotional on stage as she was accepting the Generation Award, an acknowledgment to her long-running film and TV career.

‘‘And Ben [Affleck, her fiance] and everybody at home, wait for me to have dinner. I’ll be home by seven,’’ she said before walking offstage.

Snoop Dogg: The US rapper, TV host and comedian made an entrance next to a giant imitation popcorn statue.

Jack Black: He wore a panda suit (on stage), did a somersault before losing his headpiece and won the Comedic Genius award. “Comedic genius? C’mon, are you kidding? For what?”

He then listed his credits that include School of Rock, Kung Fu Panda, Nacho Libre, Goosebumps and Jumanji.

MTV Movie and TV Awards 2022: Winners, losers and all the red carpet moments