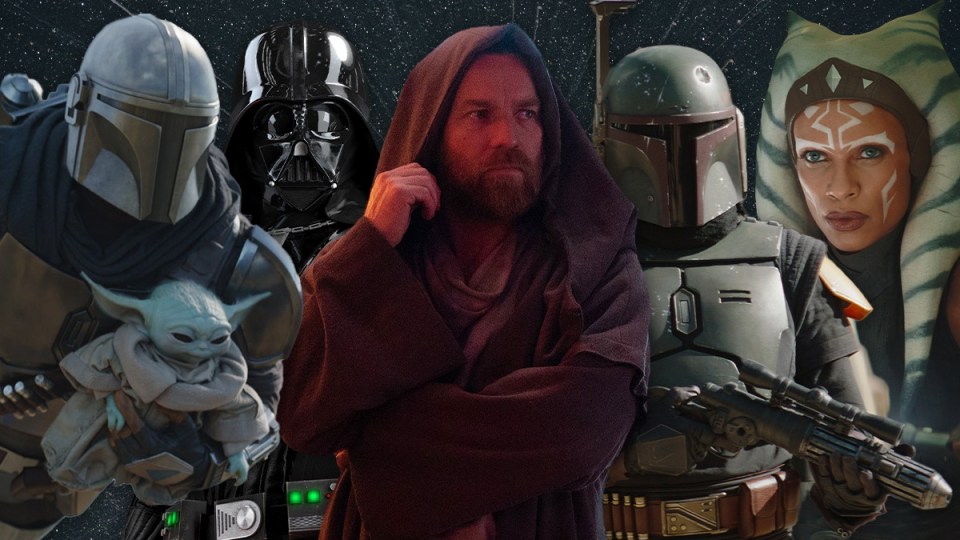 After the most extraordinary time in California, Matthew Mohl can’t help but get teary-eyed reliving every moment of the Star Wars Celebration 2022 event.

Mohl, Star Wars devotee and co-host of the 3 Men and a Baby Yoda podcast, journeyed from Sydney to Anaheim for the four-day extravaganza – a dream come true for the 39-year-old.

Thousands of Star Wars fans attended the event from May 26 to 29, its line-up stacked with panels full of actors, creators and surprise announcements.

Lucasfilm, the makers of Star Wars, announced Season 3 of The Mandalorian, debuted trailers for the upcoming Andor and The Bad Batch Season 2, and treated fans to an exclusive teaser of Ahsoka and an advanced screening of Obi-Wan Kenobi.

“People were screaming and gushing, they were going ballistic,” Mohl told The New Daily.

You could say the Force was strong with this crowd, light defeating the dark that once threatened to overshadow the return of the beloved franchise.

Cast your minds back to 2012 when Disney announced its purchase of Lucasfilm, which would pave the way for new feature films and, as we would find out, so much more.

Three years later, Star Wars: The Force Awakens (Episode VII) landed in cinemas, the first film in the sequel trilogy and beyond.

Despite performing well at the box office, the sequel trilogy was a bit of a hit and miss for some fans.

“And I don’t know if there’s regret, but I think what certainly became an issue for them was producing content maybe too quickly for the talent they had behind it – certainly with the first three films Disney released.

“They didn’t seem to have a plan and I think that’s where a lot of the criticism stems from.”

That said, Cameron believes we’ll probably see a repeat of what happened with the prequel trilogy.

Those films, starring Ewan McGregor and Hayden Christensen, were famously pummelled upon their release.

“But I think there’s more of an appreciation for the prequels now, and I think you’ll probably see that same pattern with the latest batch of films as the years progress,” Cameron said.

Although the majority of Star Wars fans have accepted the sequel trilogy, a small, albeit loud, part of the fandom despises Disney’s influence on the galaxy.

They believe Disney is “ruining” the franchise with its progressive ideals, turning the universe into a politically correct, PG-13 show.

Tran, who starred as the first woman of colour lead in a Star Wars film, eventually quit social media after months of harassment.

That level of hate extended to The Last Jedi director Rian Johnson, too.

But as Johnson tweeted in the months following his film’s release, the “VAST majority” of fans aren’t hateful.

There is no greater example of this than the excited, passionate and overwhelmingly positive fans at the Star Wars Celebration.

Mohl, who fell in love with Star Wars when he was 14, is looking forward to introducing his son, Santiago, to a galaxy far, far away.

One-year-old Santiago is a tad too young to tune into the movies and shows. But what he lacks in Star Wars knowledge, he makes up in Star Wars outfits.

And even though he hasn’t watched any of the titles yet, he does seem to be a fan of The Mandalorian.

“When we play the theme song in the car, it makes him giggle and laugh,” he shared.

Mohl did a little more than giggle at the Star Wars Celebration when Lucasfilm previewed a sneak peek of The Mandalorian Season 3, which he described as “on another level”.

“And there was the Andor trailer as well. We’ve got Bad Batch, Tales of the Jedi, which is another animated series, and Ahsoka.

Perhaps Cameron best summed up the generous slate of content when he said there is now “something for everybody”.

“They might not enjoy all of it, but they can certainly find a show that feels like it’s for them. And they’re producing content that’s from different eras in the timeline, so they’re catering for different fans.”

During his time at the event, Mohl took pictures with Anthony Daniels (C-3PO), Ian McDiarmid (Emperor Palpatine) and Temuera Morrison (Boba Fett), and sat metres away from Pedro Pascal (The Mandalorian) and Diego Luna (Cassian Andor).

“It was a dream come true for me,” Mohl said. “It meant everything to be there.”

He also got to meet and take a photo with Obi-Wan Kenobi actor McGregor.

“He shook my hand and that’s all I wanted,” Mohl shared.

“He even said that even though he was meeting all these people for just a second, it meant the world to him. They are loving the love because they didn’t get that with the prequels,” Mohl shared.

There is one moment in particular that Mohl remembers fondly.

During an interview onstage with McGregor and Christensen, the host asked the actors if they had anything they wanted to say ahead of the premiere of Obi-Wan Kenobi on Disney+.

The series is set 10 years after the events of Star Wars: Episode III – Revenge of the Sith.

Christensen turned to his co-star, laughed and delivered one of his iconic lines from the prequels.

“He said, ‘This is where the fun begins’. And the crowd roared. It was like a sonic boom.”

‘Something for everybody’: Future of the franchise excites Star Wars fans