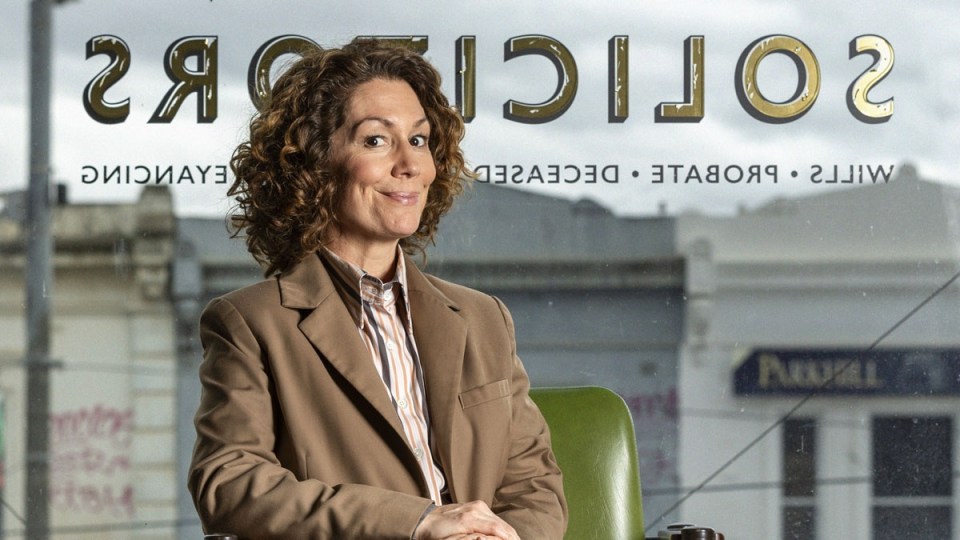 Season one of Fisk is up for a Logie for Most Popular Comedy series at this year’s awards show on the Gold Coast on June 19. Photo: ABC

When Australian comedian Kitty Flanagan was told a second season of her award-winning comedy Fisk had been given the green light late last year, her reaction was a mixture of delight, relief and “then mild panic”.

Realising she had “to do it all over again”, she told The New Daily in December she got busy writing the second six-part season with her sister Penny and didn’t have time to celebrate with cast and crew.

“It’s been so gratifying knowing that people liked it and related to it. We’ve had such great feedback from people of all ages, which made me so happy,” Flanagan said.

“The biggest surprise was that solicitors also really liked it,” she said at the time.

Fast forward six months and the cameras have finally started rolling this week.

“So excited to be putting back on the brown suit again as we get ready to shoot Fisk season 2,” she said.

“The Grubers are back, Roz’s hair is back and, of course, everyone’s favourite webmaster is back too.

“Here’s hoping I remember how to do acting!”

ABC head of comedy Todd Abbott said Fisk was the “Australian TV sensation of 2021, which was no surprise given the sensational team of talented humans who bring it to life”.

Along with more than two million other viewers (it was the national broadcaster’s No.1 series of 2021), he said he’s looking forward to another season “of this joyous, sharp, laugh-out-loud comedy”.

We know that Roz (Zemiro) is stepping aside to start her own mediation business (within the Gruber oﬃces), and Helen is determined to take on a more senior role at Gruber & Associates.

No one’s giving too much away, except to say Helen’s “grand vision” to become a partner in the firm is on shaky ground after becoming the subject of a TV current affairs show.

Needless to say there will be episodes devoted to how she repairs her damaged reputation, and by episode six, all should be right with the world again.

The second season comes as the show continues to clock award nominations.

And two weeks ago the show was nominated for the 2022 TV Week Logies for Most Popular Comedy Series and Most Popular Actress (Kitty Flanagan).

So what made it so special?

In a review at the beginning of the first series, Screenhub wrote the show had a “firm emphasis on getting laughs”.

“Fisk definitely feels like a step back in time. If you long for the days when sitcoms were just plain funny, then this is the series for you.

“You can tell Fisk is an old-fashioned sitcom just by looking at it. That goes beyond Fisk’s awesome brown pants suit; the visuals here are firmly in service to the story (and to the jokes) rather than feeling like a cinematographer’s audition reel.”

Screenhub said using basic locations such as an office, a cafe and an Airbnb home never detracted from the comedy.

“For audiences used to expensive production values and flashy locations this may take a little getting used to, but the effort is most definitely worth it.”

TV Blackbox said at the time that the show was pitched to a “broad church”.

As Flanagan told TND, besides her brown suit and Roz’s cassowary hair, they’ll be even more characters to fall in love with.

“We’ll be seeing a bit more of Roz, Ray and George in season two, learning a bit more about all of them … [and there’s] a few new characters …. and bringing back some of our faves from season one.”

Fisk season 2 will air later in 2022 on ABC TV and ABC iview. Season 1 is currently streaming on ABC iview