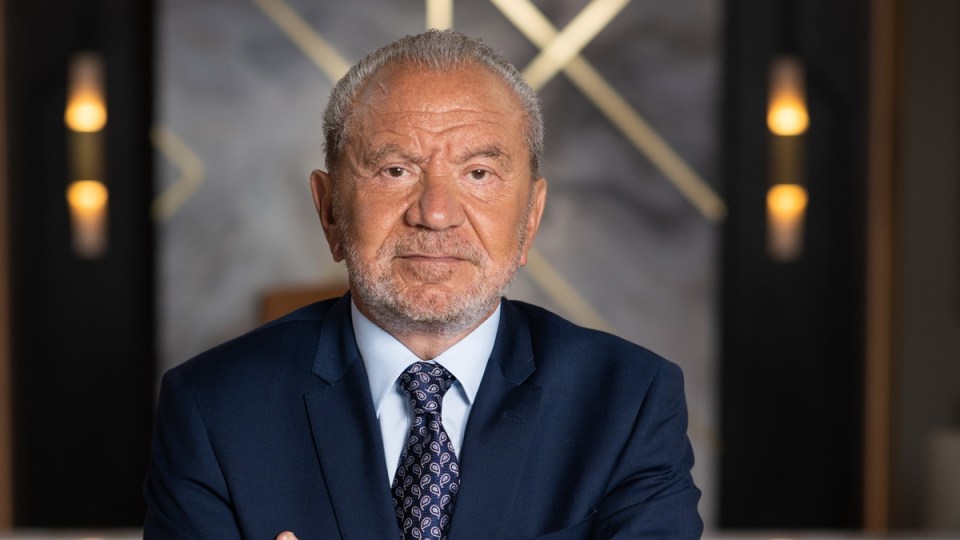 Self-made billionaire and former chairman and part-owner of Tottenham Hotspur Football Club, Lord Alan Sugar, 75, has been drafted back to reality TV in Australia to be judge, jury and executioner for a sixth season (his second) of Nine’s Celebrity Apprentice.

He’s been boss in the boardroom of the BBC version of The Apprentice since 2005 (15 seasons) and is a household name in the UK, and now he has to sift through 16 local celebrities to find the “savviest, most-hardworking winner” who’s in it to raise money for their chosen charity.

“I don’t really know who you are and I don’t give a damn about who you are,” are his first brutal words.

“The terms and conditions are simple, make a load of money for your charity and don’t p–s me off,” he cautioned.

In the mix is an Olympian, a couple of controversial reality TV veterans, a singer, an actor, a perfume model, a former press secretary, a comedian and even a Ninja Warrior.

Turia Pitt, one of Australia’s most inspirational women, author and motivational speaker, who starred in the show on Sunday night as project leader of the female celebs, and who raised an incredible $200,000 from a charity golf tournament.

In 2011, aged just 24, Turia was caught in a grassfire while competing in a 100-kilometre ultramarathon in the Australian outback. She suffered burns to 65 per cent of her body, spent two years in recovery, and after 200 medical procedures, she survived against all odds.

She became a household name in Australia.

Speaking to The New Daily from his Essex base before the show airs this week [the show was filmed late last year], Lord Sugar was asked about the former elite athlete, university graduate and mother of two.

“Turia is a fantastic lady. What she’s been through … I have nothing but the utmost respect and admiration for her,” he said.

“As well as her work ethic, a lovely, lovely lady [who] worked very hard.”

He said it was “satisfying” to see the rest of the group turn their hard work into something good, but ended up firing Married at First Sight’s controversial bride and socialite Beck Zemek for under-performing at the end of the first episode.

‘Grow a pair’: Lord Sugar on hard work and teamwork

Lord Sugar was born into a working-class family in Hackney, East London, and raised in a council flat. Throughout his childhood, he made extra money for his family, working at a grocery store and leaving school at the age of 16.

He started selling electrical goods out of a van he bought for £50 ($88) and in 1968, he founded consumer electronics empire Amstrad (Alan Michael Sugar Trading), eventually selling it to Sky in 2007, according to Nine.

In 2000, he was knighted for his services to business and he holds two honorary Doctorate of Science degrees, awarded by City University and Brunel University respectively.

Having sat on the Business Council for Britain and fronted a campaign promoting the benefits of apprenticeships, Lord Sugar was named as the government’s Enterprise Champion in 2009 and appointed to the House of Lords as Baron Sugar of Clapton in the London Borough of Hackney.

Always up for a bit of publicity, Lord Sugar recently reminded us all of where he started 38 years ago, and that Steve Jobs wasn’t the only one making computers, posting a photograph of himself on Twitter with one of his early computers.

“What this photo says to me is that the products we produced many years ago were exceptional high quality and also being very innovative” he told TND.

“Not only did we provide good value for money, we made sure they worked.”

Fast forward to being worth an estimated £1 billion ($1.7 billion), Lord Sugar also had some choice comments to make about UK Prime Minister Boris Johnson last week, as the British workforce continues to work from home in a more-or-less post-COVID world.

“I’m a bit old-fashioned when it comes to this. I just think that COVID has been used as an excuse. Obviously there was a necessity to work from home at times when the virus was very dangerous,” he said.

“It is now clearly not so dangerous and people are just taking advantage of just sitting at home, doing nothing.

“I think the biggest culprits are government themselves, particularly in the UK … civil servants are at home, still working from home … and our Prime Minister Boris Johnson needs to grow a pair and tell them to get back to work or he’ll stop paying them.

“It’s a total absolute joke. You can’t get anything done in the UK now,” he added, citing delays in getting passports or driver’s licences quickly  “because the civil servants are working from home”.

Sadly, COVID-19 hit the business magnate and philanthropist personally, when he lost both his brother and sister to the disease in December 2020.

“Regretfully, I lost my brother and my sister within the course of two weeks from this disease,” he said.

“I would say that they were both pretty sick anyway … it’s no consolation … COVID kind of finished them off really.

No comparison between hosting styles

When asked about his approach to being CEO in the boardroom compared to that of another famously successful businessman who fronted The Apprentice, former US president Donald Trump, there was no holding back from Lord Sugar.

He said Mr Trump didn’t have “a clue” what was going on when he was doing the Celebrity Apprentice programs, and “didn’t get his background information”.

“I know exactly what goes on in all of the tasks and therefore, I can interrogate all of the candidates correctly and properly,” he said.

“He was just second class as far as I am concerned.”

Most of all, the father of three and husband of 54 years to former hairdresser Ann Simons states what really matters.

“I have quite a lot of fun in the boardroom.”