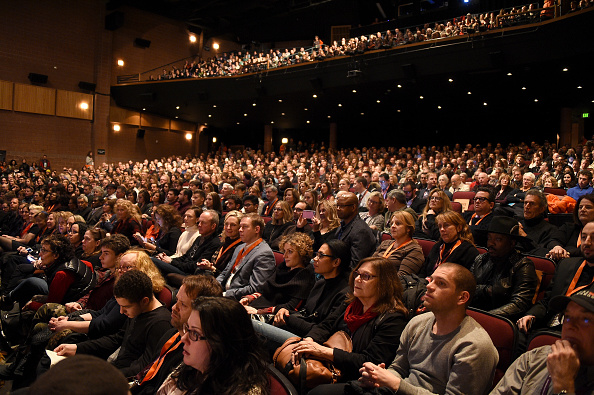 The big budget films made in Australia and being launched over the next few months include Elvis and Thor: Love and Thunder. Photo: Getty

When Hollywood heart-throb Ryan Gosling became the latest actor to call Australia home this year, it was confirmation our billion-dollar movie business was back on track after a two-year COVID-19 interruption.

Yes, films were still being made during the pandemic – think Russell Crowe’s Poker Face in New South Wales and George Clooney and Julia Roberts’ rom-com Ticket to Paradise in Far North Queensland.

But now that we’ve got the green light to go next level, with the easing of restrictions and massive government incentives, production and movie houses are sitting up and taking notice.

On Tuesday, the federal government announced it had committed more than $400 million through the so-called ‘Location Incentive’ to attract 33 international productions to film in Australia.

That’s expected to generate $3 billion in private investment and create more than 21,000 jobs.

Gosling’s project alone – a Universal live-action feature film The Fall Guy, based on the 1980s TV series starring Lee Majors – is expected to add more than $244 million to the economy, employ 1000 local cast and crew and a further 3000 Australian extras.

It is one of a series of big-budget film and television projects set to be produced in Australia this year.

“It was celebrated as the first English-speaking program to resume production assisted by COVID protocols,” Dr Maher said.

“This generated significant global interest in Australia and how it manages and facilitates production on all scales.

“Australia has enjoyed a very established reputation in the American industry and this is key to promoting the potential of the industry that is supported by our unique and diverse locations.”

Dr Maher said AusFilm, a government body made up of private screen industry firms and supported by public screen agencies, “a unique organisation for which there is no equivalent in any other country”, has been “working tirelessly” to attract international productions and promote Australia as the go-to destination for production and post-production.

“So every major Hollywood studio is acutely aware of what Australia has to offer, but at the same time, we are competing in a truly global marketplace,” he explained.

So what’s in the pipeline?

Let’s start with streaming giant Disney, which is committed to making nine new dramas and documentaries in Australia and New Zealand for release on Disney+ throughout the next 12 months.

There are three dramas including The Clearing, inspired by real-life Australian cult The Family and its leader Anne Hamilton-Byrne, The Artful Dodger, an eight-episode series set in 1850s Australia and based on Charles Dickens’ famous dodger, and Last Days of the Space Age, a comedy-drama set in the 1970s in which a US space station crashes near Perth.

“Disney is undoubtedly the world’s most creative storytelling engine, and in this wave of local productions, we’ve fuelled up our creative processes in partnership with Australian production companies,” Disney’s Kylie Watson-Wheeler said in a statement on Tuesday.

“The opportunities are endless, particularly in young adult, comedy and rom-coms, which our audiences can’t get enough of.”

Disney won’t put a figure on the overall budget for the new production slate, but notes it has Screen Australia funding for one show, Shipwreck Hunters Australia, as well as money from the Western Australian Museum and West Australian government.

On Thursday, the Queensland government announced Wizards!, a feature-length comedy starring US comedian and Saturday Night Live regular Pete Davidson (Suicide Squad), would be made locally, the first to be produced by Brad Pitt’s Plan B Entertainment. This means jobs for 400 cast, crew and extras and $15 million into the economy.

Then there’s Prime Video, which, since 2019, has commissioned 15 Amazon Original projects here to a value of $150 million (Deadloch, Luxe Listings Sydney Season 3 and Five Blind Dates, to name a few).

Are we headed for another Golden Age of movies and TV?

A quick look at Screen Australia’s list of film, TV and documentary series is enough alone to say, yes, the best is yet to come.

Arclight Films released the first images from Crowe’s Poker Face on Wednesday, shot entirely in NSW but set in the US.

According to filmink.com.au, NSW Arts Minister Don Harwin said the film was a “winning hand” for the state’s “powerhouse” movie industry, creating 250 jobs and $17.7 million in production expenditure.

However, Dr Maher says the streaming services have been the game changer in terms of how content is produced and financed.

“This is partly due to the subscription model as well as the highly targeted audience appeal that can be measured through their algorithms and data analytics.

“International financing and partnerships with Australian content producers has seen a flow of ideas and program making flowing in both directions, with Australian productions being adapted for US and international audiences – for example, shows like Animal Kingdom (the original 2010 movie was turned into a US drama series on TNT) and No Activity (Stan) – to local original content that has attracted US and Australian co-financing, like Harrow.

“The challenge now is the sheer volume of content and the pipeline of production activity that spans years.

“Attracting financing for Australian content is one thing, but attracting and holding audiences is as challenging as it has ever been in the digital ‘attention economy’,” he said.

That aside, what about the trickle-down economic benefit?

“It is has long been argued that what is referred to as ‘runaway productions’ create a trickle-down and multiplier effect economically.

“For Australian crews and performers there is an undeniable skills and exposure transfer that can only come from high-budget productions that may reposition their careers on the global stage,” he said.

So why is Australia the go-to location?

Among the dozens of movie projects on the production line over the next 12 months include Disney+’s Nautilus and a Godzilla vs Kong sequel (expected to inject $79.2 million into the economy and create 505 jobs for Queensland cast and crew, plus opportunities for 750 extras).

Village Roadshow Studios on the Gold Coast has been a hive of activity for several years, even during the COVID crisis.

President Lynne Benzie tells The New Daily the productions – besides Elvis, which occupied the entire site –  that have wrapped include the Jessica Watson project, The Wilds series 2, Young Rock 2, Irreverent, Ticket to Paradise and Upright, with the Disney+ Nautilus series and the feature film Origins in production until later this year.

“Productions continue with COVID protocol, with ongoing testing to ensure crew remain safe and see a positive future for the film industry to keep growing,” she said.

Ms Benzie said discussions were in progress on other projects for 2023.

Associate professor of film at QUT, Dr Mark Ryan, says the domestic location for filming is a combination of projects being redirected here during COVID, and an ongoing commitment by the Hollywood studios and producers to film here.

“In many cases multi-picture deals have been signed due to the combination of Australia’s high-quality production facilities, talented crews, and relative stability in terms of both the management of the COVID-19 pandemic and social conditions more generally,” Dr Ryan said.

He said companies in post-production in particular were growing rapidly, servicing the large volume of production occurring.

This, in turn, has encouraged “creative talent” staying home, and at the same time attracting the big stars like Gosling to bunker down and work on multiple projects.

Dr Maher adds that overseas productions are also attracted to Australia due to the tax incentives and subsidies through policies that operate at both federal and state levels, not to mention the flow-on benefits for the domestic tourism industry.

Duchess of Sussex Meghan Markle slams US abortion ruling
Melania Trump: Bombshell revelations about what she did during US Capitol riot
Retailer pauses facial recognition tech trial after privacy complaint
Donald Trump grabbed at steering wheel in bid to get to Capitol riot
Two charged over US migrant truck deaths
Hundreds of hives destroyed in bee mite eradication effort
Rebel Wilson opens up about why she lost weight amid ‘year of health’
Today's Stories