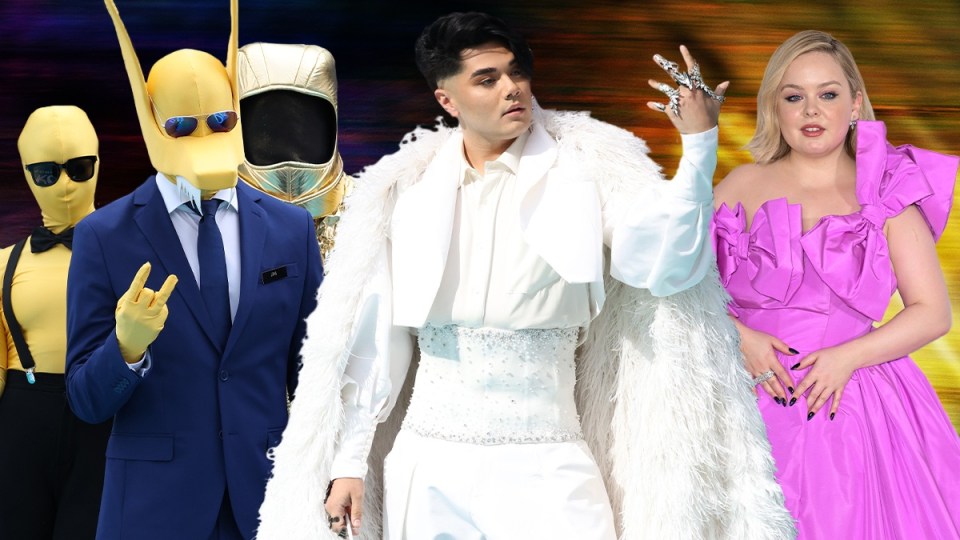 As the Italian city of Turin prepares to host this year’s 66th Eurovision Song Contest, the opening night of the glorious week-long event has already set a new standard for the weird and wonderful after last week’s Met Gala in New York.

International acts from 40 countries – one more than 2021 following Armenia and Montenegro’s return and the absence of Russia – flew into the Piedmont capital to parade their elaborate costumes on May 8 on the “turquoise carpet” at the Palace of Venaria.

With a theme of ‘The Sound of Beauty’, among the stars to walk were this year’s Australian entrant Sheldon Riley, who won Eurovision – Australia Decides in February with his song Not The Same.

He has previously competed on the Australian productions of The X-Factor, The Voice and America’s Got Talent.

In his victory speech after being chosen to represent Australia, he said “doing this and dressing this way in Australia isn’t always easy”.

“I’m always unapologetically myself, but to be in this space where everyone’s celebrating my difference, it’s incredible.”

And so he was in good company, sharing the carpet with Norwegian duo Subwoolfer, Albanian singer Ronela Hajati and Georgian rockers Circus Mircus, who all shone like diamonds.

Ukrainian entry Kalush Orchestra is currently the favourite to win the 2022 edition of the contest with its song Stefania, which singer Oleh Psiuk said has become an anthem as Russia’s invasion of their country continues.

In a much more subdued, yet equally glamorous event over in central London at the Royal Festival Hall, television’s biggest stars gathered for the annual BAFTA TV Awards.

Let’s take a look. You decide.

According to the official Eurovision website, Sydney-based Riley “considers performing, singing, writing and playing piano as intrinsic to who he is … regarding music as the purest way of expressing his emotions and allowing himself to heal”.

“It is the story I never thought I’d ever feel I’d be able to tell. Written from the memories of a child who at age six was diagnosed with Asperger’s syndrome,” he said.

“Growing up in public housing, moving from home to home, unaware of my sexuality, among a deeply religious family. A path already laid that I would never be able to properly understand or interact with other people.”

Stay tuned as Riley makes his way through to the grand final on May 14.

The Subwoolfers get the party started in a flash mob dance-off on the streets of Turin after they graced the turquoise carpet in their yellow pointy-eared wolf face masks.

The duo, Keith and Jim, say they’re the biggest band in the galaxy, and have been for millions of years and they’ve arrived on Earth to perform their song Give That Wolf A Banana, “a tune that can have many meanings derived from it, but which is primarily based on the notion of using potassium-rich snacks as a form of protection for the elderly”, says the official Eurovision explanation.

They say: “We’re trying to do our best to conquer the world, musically at least. And now we’re gonna stay here on Earth for a few million years.

“It was really difficult to sing in the beginning, because in the atmosphere there is too much oxygen. But we’re good now.”

These guys were Tbilisi-based circus academy dropouts, but after getting together at the end of 2020, they have released a whopping 11 songs.

Eurovision say they became friends because “we weren’t good enough, probably the worst in the crew” with “a philosophy anchored in the complete neglect of musical frameworks”.

Muscat is a successful Maltese export, supporting Jason Derulo, Hailee Steinfeld, Martin Garrix and Ava Max at concerts after reaching the top three of the Italian music charts in 2018.

She also writes music, lyrics and can play the piano and looks stunning on the turquoise carpet, obviously inspired by Wonder Woman‘s all-woman island paradise Themyscira.

Mahmood – who became famous after his X-Factor Italy performance and was the Eurovision runner-up in 2019 – teams up with rapper and singer Blanco, and they’re here to represent the host country.

Both have big egos, big songs and big hearts.

Sweden always delivers at Eurovision. And Cornelia Jakobs is no exception.

The daughter of a famous Swedish music star – no, not Bjorn from Abba but Jakob Samuel from The Poodles – she briefly had success in 2010 with a girl band.

She re-emerged in 2018, releasing singles and performing to sell-out crowds and now she’s here at Eurovision, her very own Waterloo.

She’s described as a pop princess in her country, and has performed on countless TV talent shows over the past decade.

Social media loves her, her gowns, her style and she recently wrote on Twitter that “pink and turquoise have meaning”, as everyone has already done so much on the “red” carpet.

Probably the shortest odds to take out the prize this year, Kalush Orchestra – Kalush is a city in Ukraine – they tightly held Ukraine’s national flag as they walked the carpet in sombre black.

Eurovision says Kalush, set in the foothills of the Carpathian Mountains, “serves as a mascot that inspires the band to involve different folk elements and authentic Ukrainian music within their songs. Moreover, it is the home town of band member Oleh Psiuk”.

Their Eurovision entry, Stefania, is a tribute to Oleh’s mother, which she only heard for the very first time when she saw the band compete in Ukraine’s Eurovision selection show, Vidbir.

Irish actor Nicola Coughlan graced the red carpet at London’s Royal Festival Hall in a lilac ballgown to celebrate all things Bridgerton, as the stars of the small screen and streaming services came together for the UK’s celebration of all things television.

Stars from the UK’s best TV shows and soaps including Strictly Come Dancing, The Graham Norton Show and Channel 4’s pandemic-set drama Help, and Netflix’s smash hit series including Squid Game and Sex Education gathered for their version of the Logies.