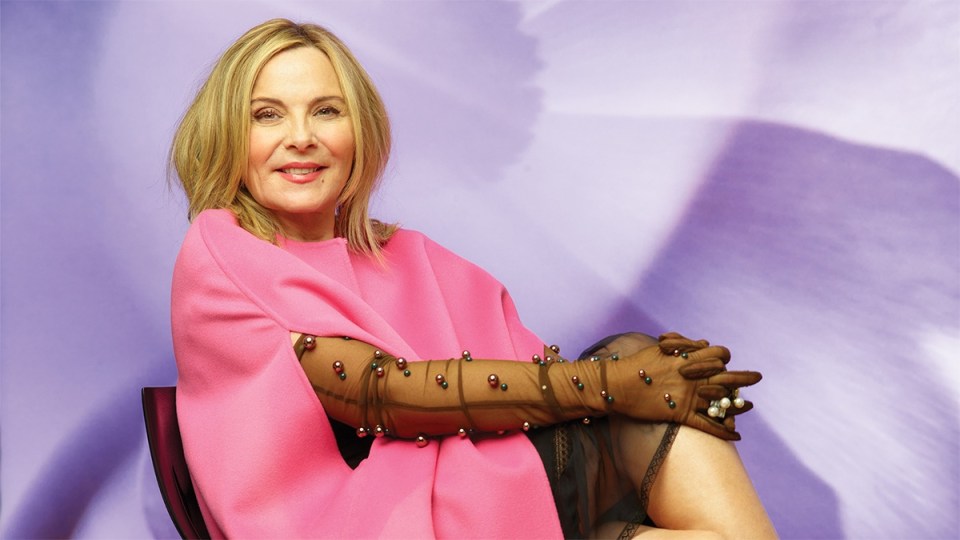 Cattrall is one of several stars including Drew Barrymore honoured at this year's Variety Power of Women event in New York. Photo: Variety

Just like that, classy Hollywood star Kim Cattrall, best known as Samantha Jones on six seasons and two movies for the Sex and the City juggernaut, has a new piece of advice and a few bombshell revelations about turning her back on the award-winning show.

At 65, Cattrall, in a wide-ranging interview for Variety’s Power of Women issue says it’s a powerful thing to say “no” when quizzed about her much-loved character ever returning.

It was 2017, and even as a third movie was being written, Cattrall was already approached for other projects.

When asked if could ever reprise her Samantha role as part of the quartet with Sarah Jessica Parker (Carrie), Cynthia Nixon (Miranda) and Kristin Davis (Charlotte), she replied: “It’s powerful to say no.”

“It’s a great wisdom to know when enough is enough … I also didn’t want to compromise what the show was to me. The way forward seemed clear.”

“I haven’t deserted anybody. Can you imagine going back to a job you did 25 years ago? And the job didn’t get easier; it got more complicated in the sense of how are you going to progress with these characters?

“Everything has to grow, or it dies. I felt that when the series ended, I thought that’s smart. We’re not repeating ourselves,” she explains.

Asked how she felt after the second movie: “Everything in me went, ‘I’m done’.”

In turn, Cattrall announced her commitment to honour The Actors Fund – a non-profit that offers financial and health assistance to performers and behind-the-scenes crew.

The very public feud between SJP and Cattrall

Various media reports had the pair’s relationship at fragile status as far back as when the last series aired in 2004.

There were stories of a “mean girls” culture, with Cattrall on the outer from the other three.

Squabbles about equal pay rates, not sitting near each other at the Emmys one year, and an Instagram exchange after Kim’s brother died in which SJP sent her condolences, contributed to the line “we’re professional actresses”.

Variety puts it to her that Parker wouldn’t be happy if Samantha returned, to which Cattrall simply replied: “I don’t think I read it … it would never happen anyway. So nobody has to worry about that.”

This series is ‘basically the third movie’

At the time of the split, social media went into a mini meltdown, with fans asking how an integral player in the quartet –  albeit a “financially empowered heroine who proudly refused to strive for marriage or children and relished sex as a man would” – could disappear from any script.

Cattrall tells Variety she found out the 2020 10-part series And Just Like That … was on the drawing board, and she wasn’t in it.

“I was never asked to be part of the reboot. I made my feelings clear after the possible third movie, so I found out about it like everyone else did — on social media.

When she read the script for the third movie, in which Carrie’s lover Big (Chris Noth) was supposed to die, she replied, deadpan: “The series is basically the third movie. That’s how creative it was.”

But it was also some of the third-movie script lines that troubled her.

“Why can’t Samantha, who owns her PR company – maybe she had to sell it because of financial woes?” she said.

“I mean that’s a scenario that was kind of off the top of one of my reps’ heads, and I thought that’s a great idea. That’s a conflict. Instead of an underage boy’s …

“I would have preferred for all of us to have some kind of event to warrant a third film. That didn’t happen. But also, I was ready.”

Cattrall says she is exactly where she wished to be – to be in different places playing different characters, because she is a character actress.

“As difficult as it was, and as scary as it is to stand up and not be bullied by the press or the fans or whomever — to just say, I’m good.

“I’m on this track. It was so great working with you. I so enjoyed it, but I’m over here.”

Cattrall puts SATC days behind her

And here she is.

The pair join forces in upcoming US comedy biopic About My Father.

She’s also powered through two TV shows coming out this year, in the “daring” reboot from 2000 of Queer as Folk and How I Met Your Father.

Set in New Orleans, she plays a mature, but empty-nesting lonely woman who gets hooked up with a non-binary partner. She gets an “intimacy coach” this time round, and says, at 65, she’s not doing nude scenes anymore.

“I’m in great shape. But I’m just not interested. I feel like I filled my quota on that one – and without an intimacy coach.”

Next up is Season 2 of How I Met Your Father, and Cattrall describes it as “the greatest gig”.

“I fly in, work for two days, and I’m done. One wardrobe change. I didn’t think about that when I chose it. If this goes for 10 years, I’m in this outfit for 10 years.”

And what’s next for her?

“It’s just in my head … I’m fascinated about what happens to women once they reach the top of their profession.

“You have all this life experience and nobody is listening, and you’ve really got something to say.”

Kim Cattrall Sex And The City Television
Follow Us

Kim Cattrall breaks silence on turning down third Sex in the City movie, honoured for saying ‘no’