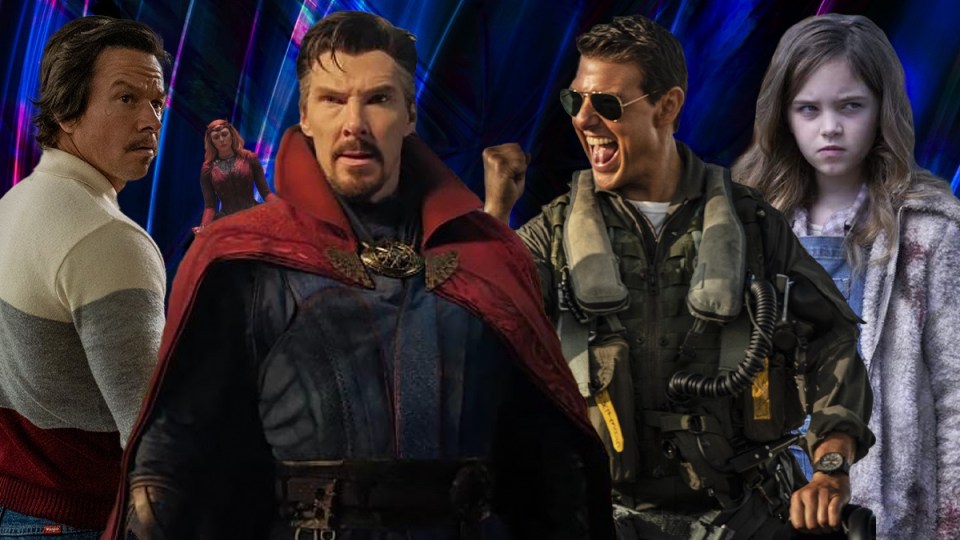 Never a dull moment on the big screen with the return of Top Gun, and some superheroes and superhumans as well! Photo: TND

All great movies come to those who wait.

Of course, a global pandemic has taught us patience – but a staggering three decades and several production delays later for the Top Gun sequel?

“For 34 years you guys have been very patient with me, and I felt it was my responsibility for me to deliver for you,” Tom Cruise told a Comic-Con crowd back in July, 2019, when he made a surprise visit to launch the first trailer.

“Everything you see in this film is very real,” he said, starring once again as naval aviator and test pilot Captain Pete “Maverick” Mitchell.

On May 25, Cruise will finally deliver. Big time.

Fans of fancy flying, beach volleyball, fast motorbikes and some explosive, high-impact action with the Top Gun flight school is on the cards.

There’s a funeral, romance, that Tom Cruise smile, some references to the 1986 original including a haunting piano version of Take My Breath Away … and of course, a decent storyline involving a combat mission with the enemy.

Who could ask for more?

OK, Marvel fans finally get to see Doctor Strange on his own, and much-loved English actor Colin Firth in a WWII spy thriller set amid Hitler’s all-out assault on Sicily in 1943.

And the most uplifting, emotional film for May comes with an Australian contingent.

The Drover’s Wife: The Legend of Molly Johnson: May 5

Leah Purcell previously told The New Daily there’s a little bit of Molly Johnson in all of us, and her reimagining of the original Henry Lawson short story is a remarkable journey.

Purcell, who wrote, directed and stars in this Australian cinematic masterpiece, never set out to address First Nations issues, but does so in her film.

“As a writer I love hanging things on history. These are my family’s stories … Molly Johnson was my mother, my grandmother, me, my aunties.”

“At my film’s core is a mother who will do anything for her children and young boy who will stand by his mother, no matter what.”

Doctor Strange in the Multiverse of Madness: May 5

English actor Benedict Cumberbatch remains loyal to Marvel Studios, returning as the superhero central figure in a plot to unlock the multiverse. We’re promised he’s on a journey “into the unknown”.

All we know is he has to confront a new adversary. Marvel fans will know his enemies include sorcerer Yandroth, the demons Nightmare and Shuma-Gorath, the Earth despot Doctor Doom, Umar the Unrelenting and the sister of Dormammu.

The BBC recently said the Allied forces’ covert operation was an “incredible plot that tricked Hitler … it’s a story so fantastic and macabre that it feels like the product of a writer’s imagination”.

It’s not fiction. And Firth takes the lead on a team to dream up “the most inspired and improbable disinformation strategy of the war”, centred on the most unlikely of secret agents – a dead man.

Father Stu is based on the true story about amateur boxer Stuart Long (Wahlberg) who moves to Los Angeles in search of a career in the movie industry.

While scraping by working in a supermarket deli, he meets Carmen (Teresa Ruiz), a Catholic Sunday school teacher who he is determined to win over … so he gets baptised. Tragedy then strikes after a motorbike accident and he’s left with lifelong injuries.

Enter his estranged parents, played by Gibson and Weaver, who rediscover a bond with their son as he embarks on an incredible career.

Father Bart Tolleson, a priest of the Diocese of Helena where Father Stu worked, and who was his longtime friend, says: “It certainly will take liberties with the story, but it will get interest in his life, and that alone is a good thing. It’s a great story.”

Always got to have a bit of superhuman at the cinema, and this Zac Efron thriller centres on his secret government job, newly acquired psychic powers and producing a daughter … who is a firestarter.

Definitely having a weapon of mass destruction, who is human, is an asset to any country’s line of defence.

This gentle, emotive story is about English writer Roald Dahl’s journey of rediscovering his love of writing children’s books after his daughter Olivia tragically died of measles encephalitis in 1962.

Played by Hugh Bonneville (Downton Abbey), we see his struggle with his wife, the acclaimed actress Patricia Neal, by his side.

The official synopsis reads: “Set between New York, England and Los Angeles,  the film chronicles Dahl’s struggles while writing some of his most famous works and Neal’s return to acting and winning an Oscar.”

Every teenager wanted to be a fighter pilot, inspired by the bravado, the black leather jackets – not to mention aviator sunglasses ase the must-have accessory. And of course, Tom Cruise caught the attention of every movie house.

Now, 36 years later, everyone will watch this film, not only because Cruise is in it, but the stunning visuals of going mach 10, inverted, with your pants on fire will just about do it.