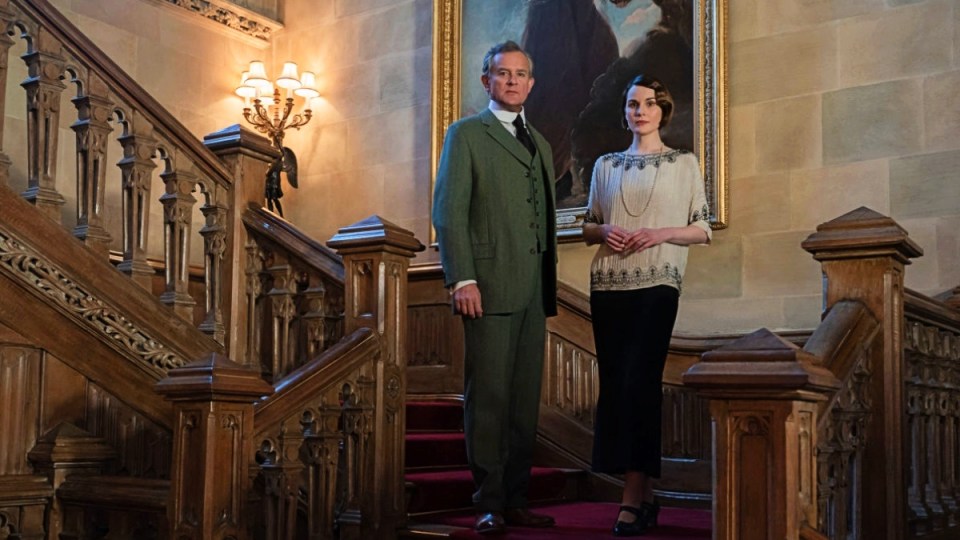 Downton Abbey: A New Era starts with the aftermath of a wedding, of the luckiest chauffeur in Yorkshire, Tom Branson, who lost his first love, Lady Sybil, but found joy again with Lucy Smith (Tuppence Middleton) and is managing the Downton estate.

That is all by the by. There are two storylines, both faintly preposterous, which we don’t so much follow as surrender to.

The most outrageous is the bequeathing of a villa in the south of France to Tom and the late Sybil’s pre-teen daughter Sybbie, by the Dowager Countess of Grantham (Maggie Smith), who thought it was a prank when someone wrote to say she had inherited one.

Now she has one foot in the grave and she is passing the villa on. Visit, anyone?

There is nothing more defiantly British on a trip to France than an English butler, and the custodian of Downton tradition Mr Carson (Jim Carter) comes out of retirement to make sure the Earl of Grantham (an ageless Hugh Bonneville) and Lady Grantham (Elizabeth McGovern) are appropriately cared for in the wilds of the Riviera.

The house is magnificent; less so the woman who thought it would be hers, the widowed Madame de Montmirail (Nathalie Baye).

Back at Downton, a more riotous storyline is under way that involves Hollywood crashing its way in to make a movie in exchange for enough money to buy a new roof.

There is a lot of fun to be had with the divine Myrna Dalgleish (Laura Haddock) as the silent movie siren about to lose her career because she has the voice of a Cockney barrow girl.

Step in the poised and perfectly pitched Lady Mary (Michelle Dockery) – conducting a minor dalliance with the director (Hugh Dancy) while her husband is away – who voices Myrna’s lines.

By the time we work our way through a major lineage scare – not just a bastard but possibly half French! – a health drama and a legal challenge to the villa, we are back in the warm folds of prestige and entitlement created by writer Julian Fellowes, who cut his teeth on aristocratic melodrama more than 20 years ago when he wrote Gosford Park for director Robert Altman.

The film also introduced Maggie Smith to the grande dame role she has perfected over the years with impeccable timing and a sly sense of fun.

By the time it’s over there is no stone at Downton unturned, no bow left untied.

It wasn’t so much a new era as the farewelling of the old one, down to the final scenes of moving pageantry that the British do so well.