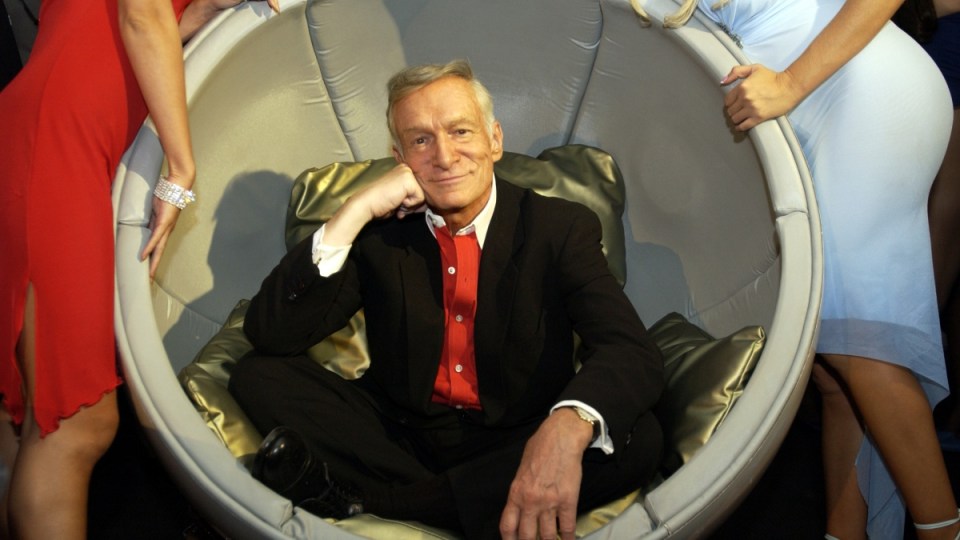 Hugh Hefner died of sepsis after an E.coli infection at the Playboy Mansion in September 2017, at the age of 91. Photo: Getty

Forty-four years ago, Hugh Hefner was at the peak of his game, running the multi-million dollar Playboy empire and having the time of his life.

His personal butler Stefan Tetenbaum was by his side then, and, at the time, decided to write a memoir about working at the Playboy Mansion.

But, he was never able to get it published until now.

“The publishing world could not take a risk with such a giant figure in the media world,” he told Variety in a written statement.

“Hefner had tremendous power to stop anyone looking to tell this story.

“No one could believe these hair-raising stories then, and a certain group of loyalists to Hefner still can’t believe that this world of power and abusive manipulation was true.

“This book is finally able to be believed because almost all the chapters have unfolded during the last few years.”

Tetenbaum says his book, The Dark Secrets of Playboy, is about the “peak years” from 1978 to the early 1980s inside the Mansion, during “an extraordinary period of Playboy Enterprises’ power and fame”.

“Working alongside Hefner gave me incredible insight into the daily life and times of such a complex man and the world he created.

“It was his world – private and hidden,” he wrote.

Tetenbaum’s memoir and personal accounts of the “dark underbelly” he witnessed while working for Hefner became the inspiration for a 10-part docu-series, Secrets of Playboy (Fox Docos, April 24), which examines Hefner’s empire through the lens of the #MeToo era.

In the documentary series, produced by American broadcaster A&E and which premiered in the US earlier this year, Tetenbaum narrates and reveals “at length the hair-raising stories of life at the Mansion and the impact on the generations of women who lived there”.

In the official Foxtel documentary synopsis, Hefner is described as the “adult fantasy maker” who created Playboy magazine in 1957, instantly making himself and his nude models “icons of the sexual revolution” and his Mansion “a mecca for sex and good times”.

Now, getting on for five years after his death at age 91 in 2017, former girlfriends, personal assistants and friends lift the lid on what happened at those infamous non-stop bachelor parties, revealing extensive drug use and the dangers of being a “Bunny”.

In a preview for the series released in December last year, Hefner’s Playmate from 1976 to 1981, Sondra Theodore, said sedative Quaaludes were regularly used.

“Hef pretended that he wasn’t involved in any hard drug use at the Mansion, but that was just a lie … Quaaludes down the line were used for sex,” she says.

“There was such a seduction, and men knew that they could get girls to do just about anything they wanted if they gave them a Quaalude.”

Holly Madison, a former Playboy pinup and ex-girlfriend of Hefner from 2001 to 2008, adds that she felt she was “in the cycle of gross things and I didn’t know what to do”.

“I got to a point where I kind of broke under that pressure and being made to feel like I needed to look exactly like everybody else.”

In the book’s forward, available on Amazon and Kindle, Tetenbaum says the book fills in the fine details “that even a ten-part documentary could not”.

“This is the true story … an insider’s look at the culture and the philosophy of Hugh M. Hefner’s Playboy world”.

“The Playmates, club Bunnies, the girlfriends, the celebrities, the secret life of what really went on there.

“The truth started to come out when Hugh passed in 2017, but the #metoo movement swept the world, and the media spotlight landed on living monsters rather than the deceased, understandably so,” he wrote.

So who else has written a Playboy memoir?

In Madison’s explosive 2015 memoir Down the Rabbit Hole, her role as Hefner’s No.1 girlfriend quickly became a nightmare, she says.

“Everyone thinks that the infamous metal gate was meant to keep people out. But I grew to feel it was meant to lock me in.”

The daughter of Hefner’s doctor, Jennifer Saginor grew up inside the Mansion. In her book, Playground: A Childhood Lost Inside the Playboy Mansion (2006), she reveals that as a 14-year-old she had already “done countless drugs”, had a secret affair with Hefner’s girlfriend and was losing her grip on reality.

Meanwhile, Hefner’s son has labelled the series “salacious” and came to his late father’s defence on social media in January.

Variety reported hundreds of ex-girlfriends, Playmates and employees also came to Hefner’s defence after the docu-series premiered, describing him as a man of “upstanding character” and saying the accusations in the series were “unfounded.”

According to Variety, Tetenbaum’s publisher says that his accounts in the memoir were corroborated by “several people who shared or witnessed the same or similar experiences and eventually participated in the docu-series.”

A spokesperson for Playboy said: “The Hefner family is no longer associated with Playboy, and today’s Playboy is not Hugh Hefner’s Playboy.

“Our organisation is run by a workforce that is more than 80 per cent female and we will continue to confront any parts of our legacy that do not reflect our values today, and to build upon the progress we have made as we evolve as a company so we can drive positive change for our employees and our communities.”