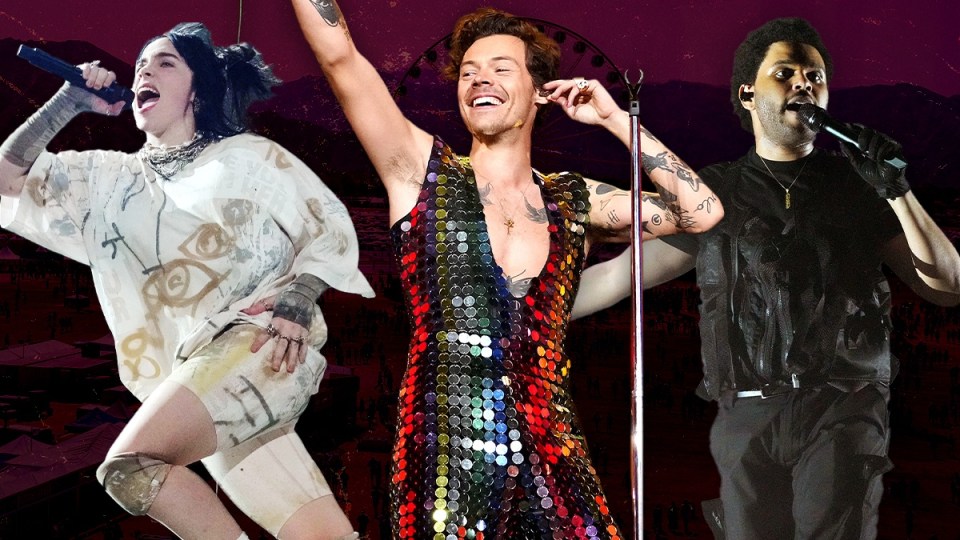 The Coachella Valley Music and Arts Festival made its glorious return over the weekend, a welcome sight for the live music industry and keen festival goers.

Thousands flocked to the California-based event, wearing their most eclectic and eye-catching desert gear.

Coachella may be one of the biggest music events in the world, but it is also a giant fashion runway.

After a two-year absence due to COVID-19, attendees have flooded social media with everything from Coachella glam to iconic sights such as the psychedelic tower Spectra.

The seven-storey structure, designed by show design studio Newsubstance, debuted at Coachella in 2018.

Stars head to the desert

The mega-festival, which takes place over two weekends, kicked off on Friday with more than 150 artists on the line-up.

Styles’ dazzling set featured a slew of hits, plus two new songs from his upcoming album Harry’s House (May 20), and a duet with country pop superstar Shania Twain.

The performers, who dressed in matching outfits, belted out Twain’s 1997 songs Man! I Feel Like a Woman! and You’re Still the One. 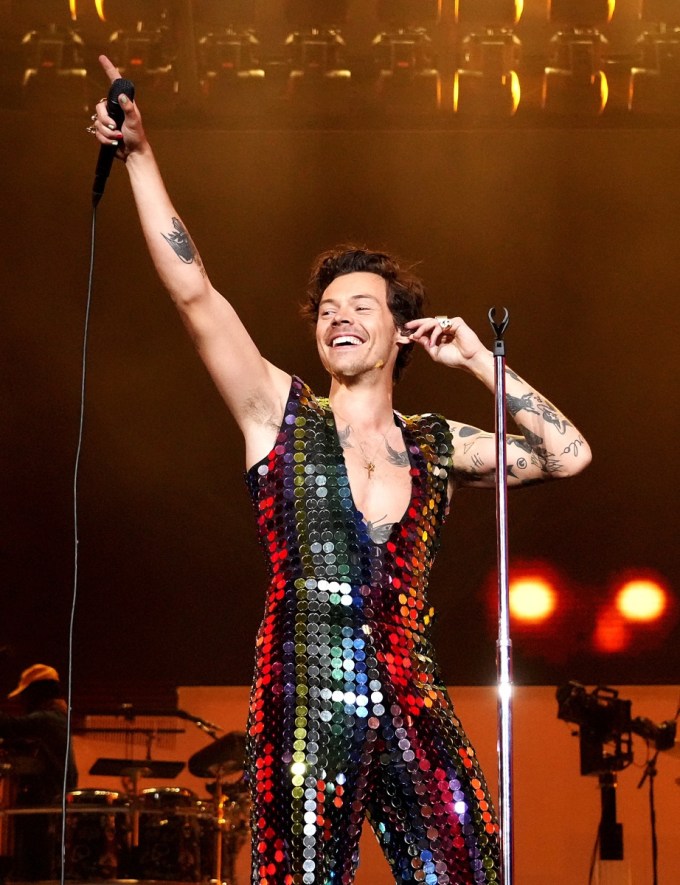 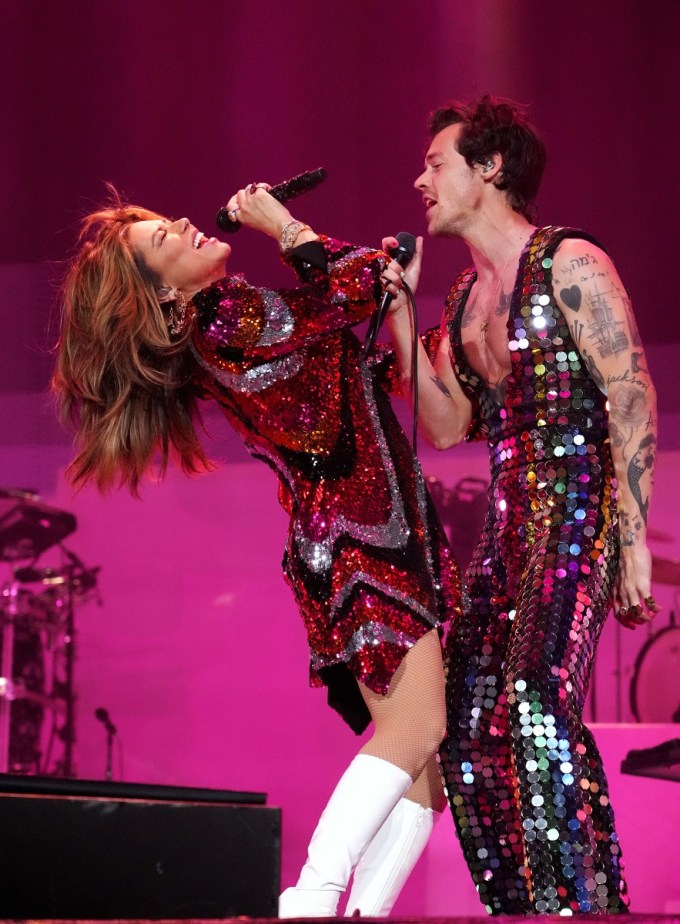 “In my car with my mother as a child, this lady taught me to sing. She also told me that men are trash,” Styles said as he introduced Twain to the Coachella stage. Photo: Getty 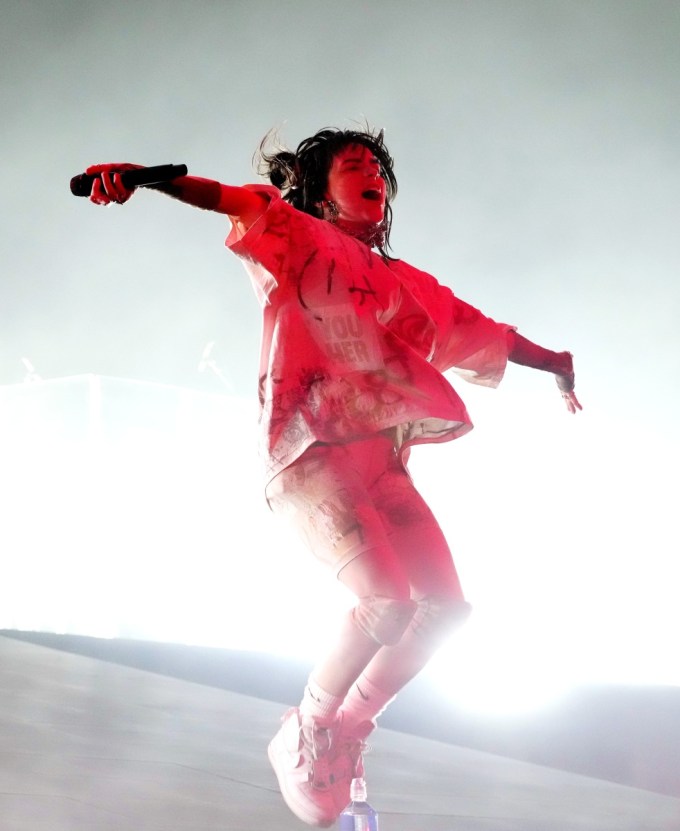 Billie Eilish is fresh off her high after winning an Oscar for her James Bond theme No Time To Die. Photo: Getty 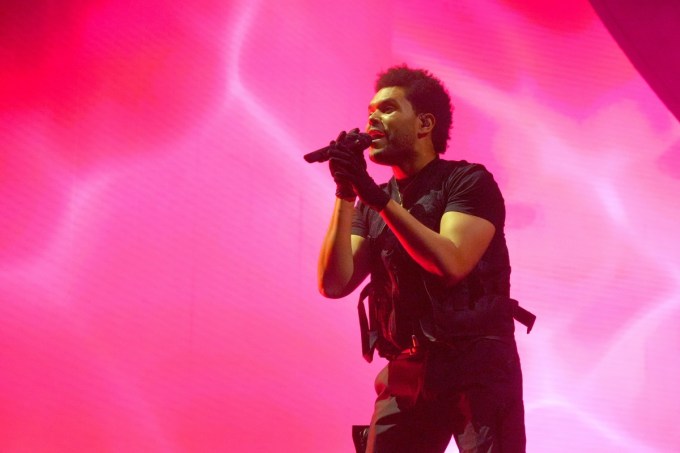 The Weeknd headlined the final night of Coachella’s first weekend with Swedish House Mafia. They replaced Kanye West as headliners after the rapper pulled out for undisclosed reasons. Photo: Getty 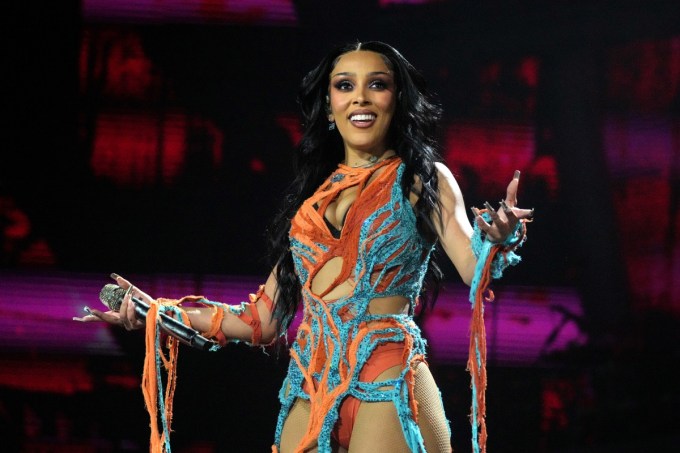 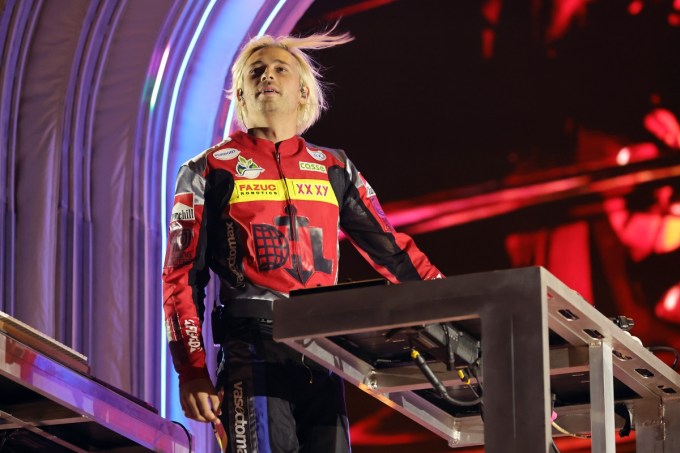 Aussie music staple Flume packed his set full of musical guests, including Vince Staples, for a performance of Smoke & Retribution. Flume is set to release his new album Palaces on May 20. Photo: Getty 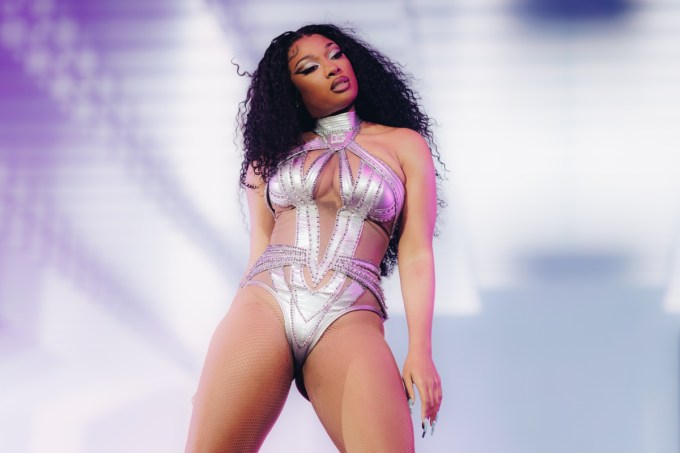 Megan Thee Stallion also made her Coachella debut, performing an unreleased song and live renditions of Body and WAP. The artist featured in a live performance of We Don’t Talk About Bruno with Luis Fonsi, Becky G and the Encanto cast at the 2022 Oscars. Photo: Getty

Headliners often invite special guests to perform with them during their sets.

In 2018, Beyoncé surprised fans with a Destiny’s Child reunion, while Calvin Harris triggered a thunderous roar when he revealed Rihanna as his surprise guest in 2016.

This year, Eilish welcomed four surprise guests during her historic set in which the 20-year-old became the youngest artist to headline Coachella.

Then, Albarn performed Gorillaz’s song Feel Good Inc., and De La Soul’s Pos joined in to deliver his vocals from the original track.

Eilish also welcomed Khalid to the stage to sing their 2018 song Lovely, as well as her brother and collaborator Finneas for an acoustic rendition of I Love You.

For fashion enthusiasts, Coachella is a feast for the eyes.

Sheer, crochet, prints, neon, glitzy tops and platform boots are some of the biggest trends coming out of the desert.

All eyes were on Princess Switch star Vanessa Hudgens, otherwise known as the ‘Coachella Queen’, for her trendsetting festival gear.

“Miss V here, reporting for duty,” Hudgens captioned the first of many Coachella posts on her Instagram account. 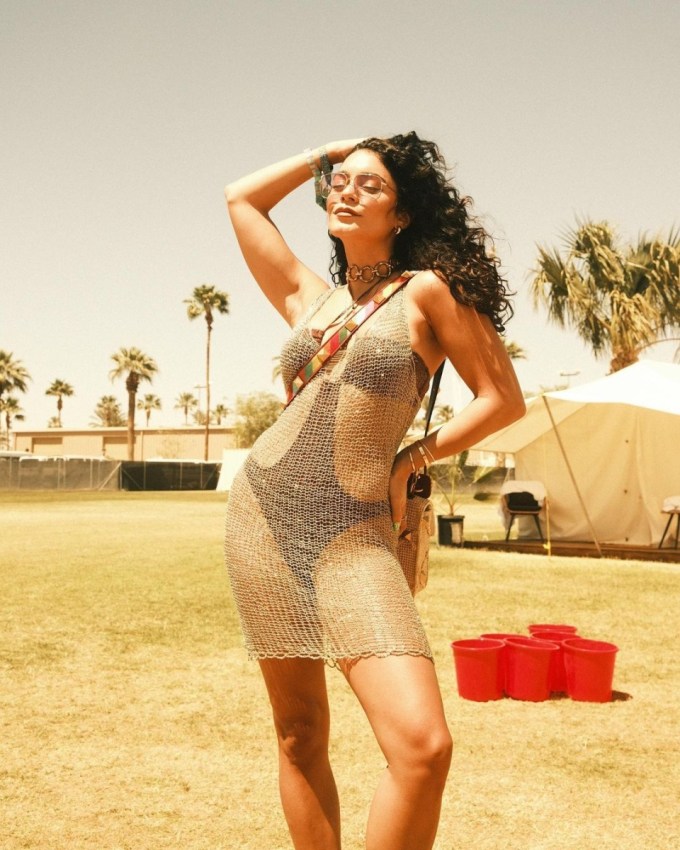 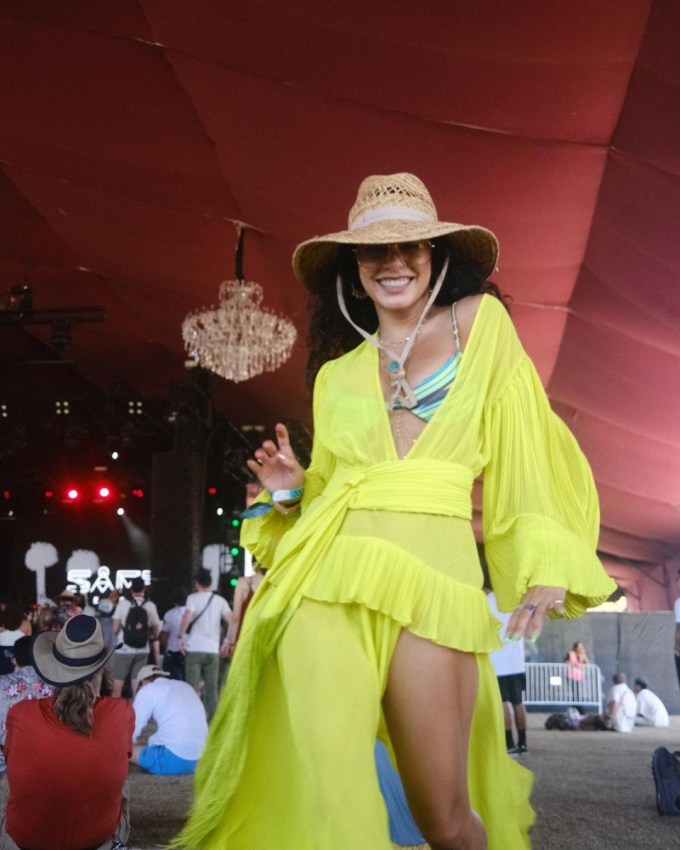 The former Disney star switched things up over the weekend, bringing neon to the desert. Photo: Instagram / @vanessahudgens 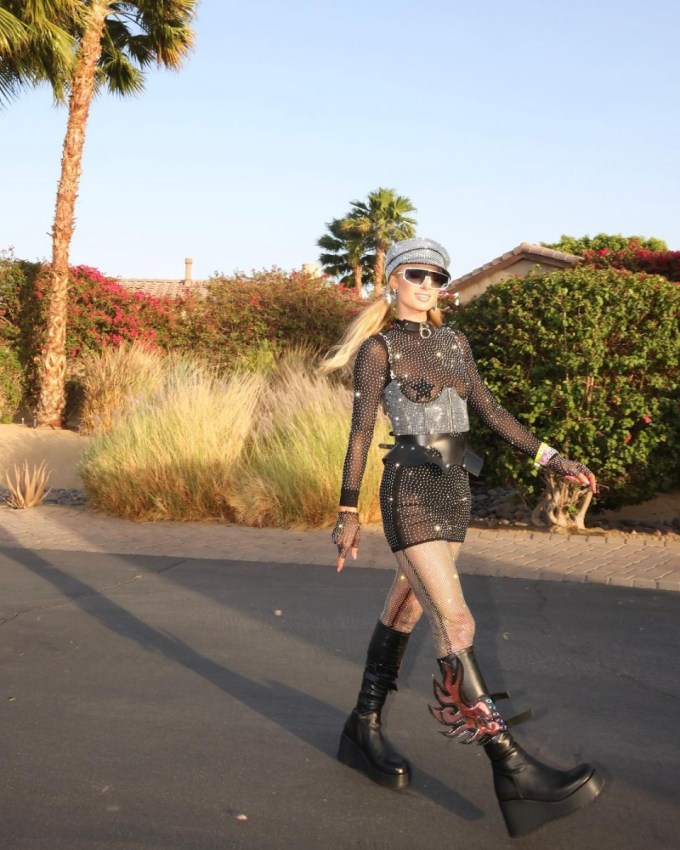 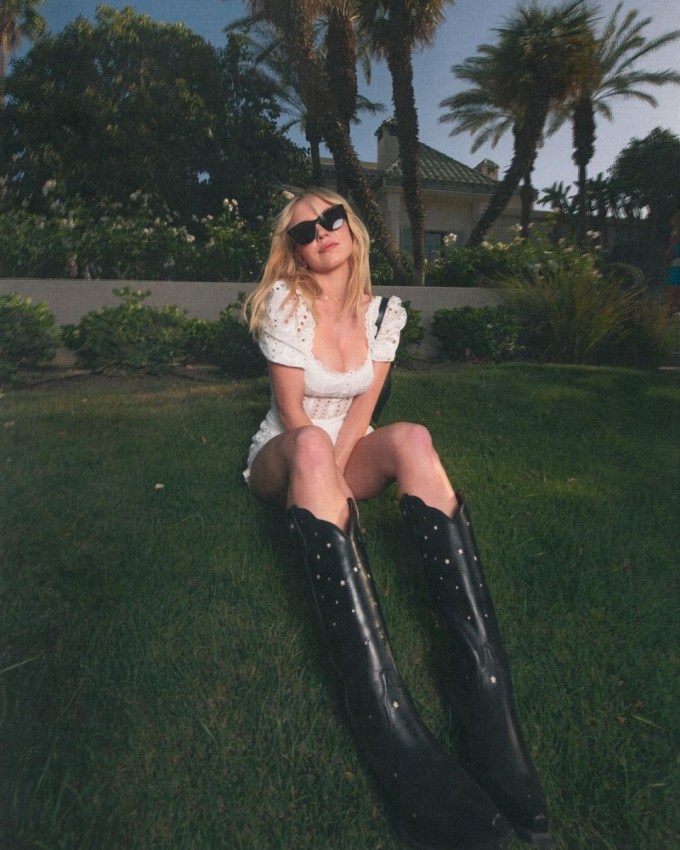 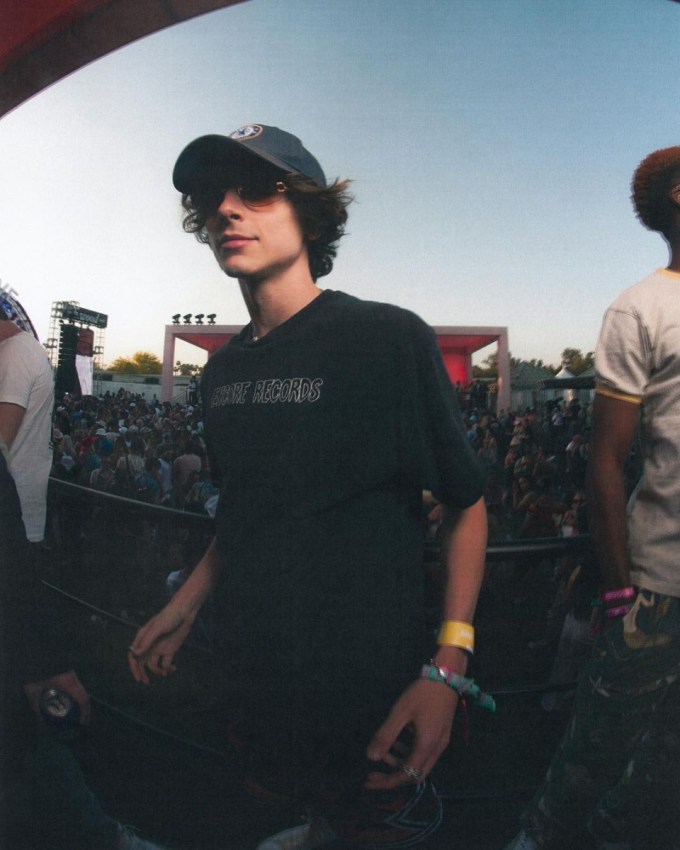 Chalamet attended the event, held by the online shopping retailer Revolve. It was hosted during the first weekend of Coachella. Photo: Instagram / @revolve. 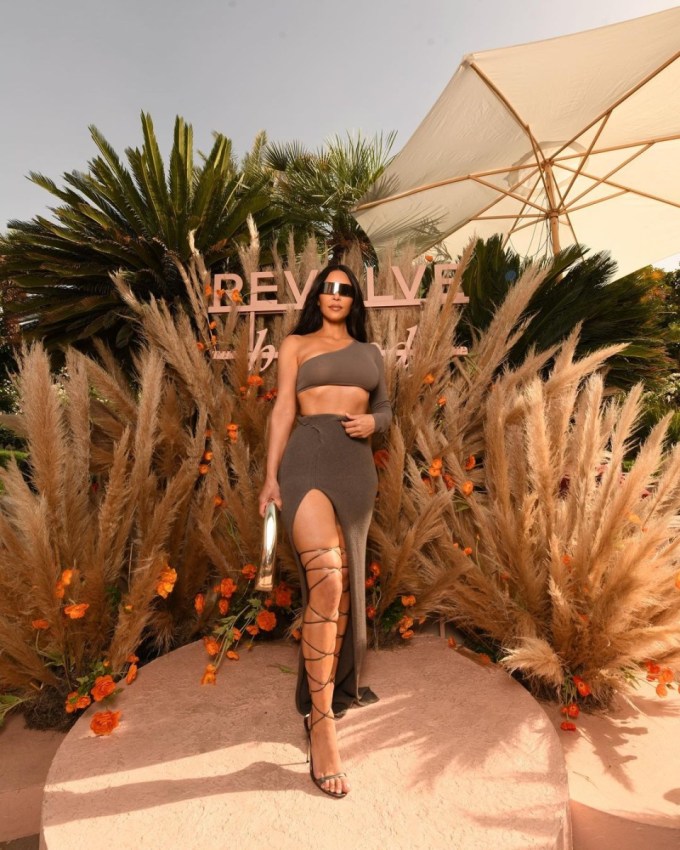 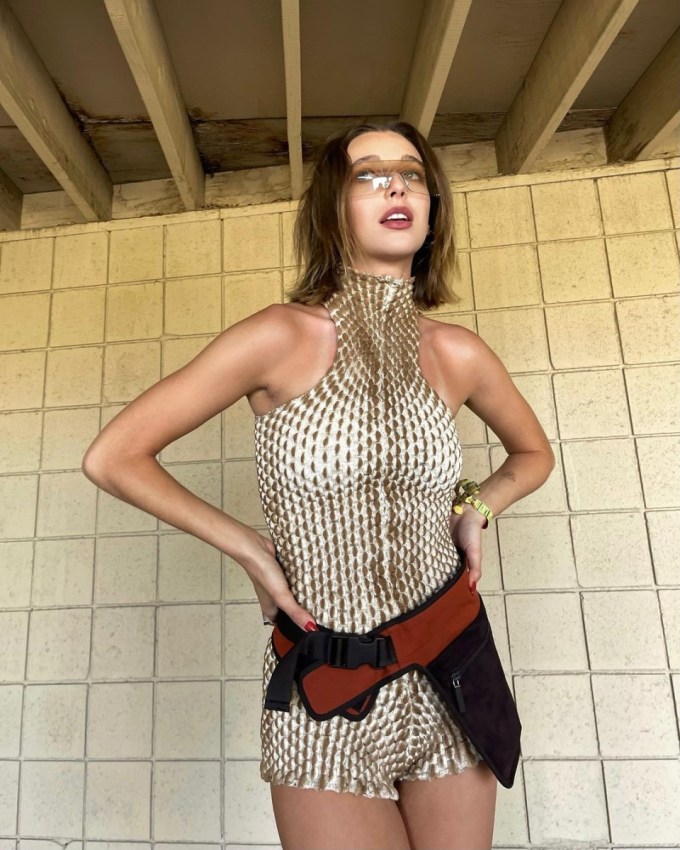 The second weekend of Coachella is slated for April 22, with its headliners taking to the main stage once more.

That means another round of desert fashion and, potentially, more surprise guests.

For those of you eager to tune in from home, you can stream Coachella’s second weekend live on YouTube.