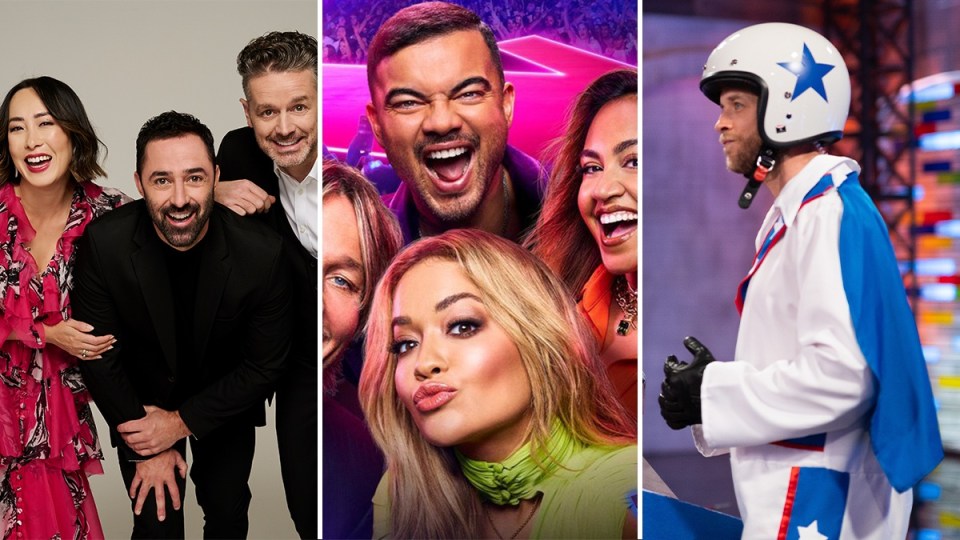 Three of the most entertaining reality TV shows are set to premiere on Easter Monday. But who will win the ratings war? Photo: TND

Reserve your seat on the couch, people.

Easter Monday is here and it’s time to put aside the politics and the federal election and concentrate on reality television, as the three rival commercial free-to-air networks go head to head with their top entertainment shows of the year.

The Ten network is serving up the 14th series of MasterChef Australia: Fans & Favourites, the Nine network has the fourth series of Lego Masters, and Seven has the 11th season of The Voice.

There’s cooking with past contestants and winners on MasterChef, with a bunch of 12 fans who have been recruited into the kitchen, and “spine-tingling performances” from amateur singers for The Voice coaches Keith Urban, Rita Ora, Guy Sebastian and Jessica Mauboy.

Each network has spent big on lead-up campaigns, appealing to their fan bases using dramatic moments cut to music, emotional stories of hardship and desire to win a big prize, and the well-known faces of the judges we’ve come to respect and trust.

Let’s break down how each show will fare in what is now the biggest ratings war of the year.

Ten has the recipe right this year.

They have brought in 12 winners and contestants known as the ‘Favourites’ who all know how to cook, including season one winner Julie Goodwin, Minoli De Silva from season 13 and Alvin Quah from season two.

And then there are the ‘Fans’, who come from non-cooking backgrounds including dentistry, teaching, finance, firefighting and TikTok.

That amounts to a lot of heat in this year’s kitchen, the great equaliser, with a mammoth 24 cooks.

Brisbane TikTok influencer Montana Hughes has eight million views on one TikTok video alone; professional firefighter Daniel Lamble learnt how to cook on YouTube, and barista and coffee roaster Harry Tomlinson credits her creativity in the kitchen to necessity, having had to cook delicious yet affordable meals for her housemates.

When The New Daily recently asked judge Andy Allen whether this year’s concept was a fair fight, he replied: “It took me by absolute surprise. But for me it’s been the best season we’ve ever done because there is this new format we’re doing that works.

“There are times when the faves wipe the floor of the fans, but it doesn’t take too long for things to even up.”

With a big smile and a formidable Malaysian palate, former contestant Alvin Quah is back for this season, and it has been a long time between dishes in the kitchen.

As he pours his sauce over his peeled prawns in a recent promo for the show, the self-described “quirky and amicable” Quah admits he’s a bit confused as MasterChef judges Melissa Leong, Allen and Jock Zonfrillo watch.

Jock asks: “Were you expecting Gary, Matt and George [the three previous long-term judges left in 2019].”

Quah tells TND exclusively he’ll be using lots of chilli, pork and eggplant, take inspiration from his mother and grand-aunts, and think about previous runner-up Poh Ling Yeow for her “energy and passion” in a bid to take home the top prize of $250,000.

The Voice: Monday to Wednesday at 7pm on Seven

Over at rival Seven, the promotional campaign for The Voice tells us we’re going to hear the songs that will “move Australia”.

There are tears, passion, lots of hugging and prayers, and no better way to pack a punch on the first night than with a teenager with an emotional backstory.

Remember the Hiccups Kid Ethan Hall? The 13-year-old boy who hiccuped his way through the Australian national anthem at a baseball game in 2015, and then became a viral sensation?

Urban hugs the young teen and describes his performance as “awesome”, while Mauboy said “you made my day.”

Then there’s the Melbourne teacher Lachie Gill who had to choose between singing and playing AFL: “As soon as I could walk, I had a footy in my hand. I was one step away from my dream of playing footy at the highest level, but music started to take over.”

The eventual winner takes home $100,000 and a recording contract.

Lego Masters: Monday to Wednesday at 7.30pm on Nine and 9Now

Hamish Blake is as passionate as ever about watching 16 of the best Lego builders in the country compete for the title of Lego Master.

Blake rides out on a miniature bike in an Evel Knievel white suit and helmet to kickstart the show’s promo.

We’re then left wondering what will happen next as the group is tasked with building a Lego stuntman and sending it flying through a hoop.

There’s also the brain-busting outdoor challenge called High Wire, where contestants attempt to build and propel a model across a razor-thin high wire stretched six metres above the ground.

And the biggest challenge hit from Season 1, The Bridge, returns with an amazing twist.

So how did these shows rate last year?

With an increase in subscriptions to streaming services and BVOD (broadcast video on demand) in 2021, OzTam ratings showed the MasterChef audiences dropped to a series average of 724,000 across the five mainland cities, down 26 per cent from 2020 figures.

Lego Masters performed well throughout the year, and ranked No.1 with more than one million viewers for its finale in November.

But it wasn’t directly up against a redefined MasterChef or The Voice.

Nine’s head of content Adrian Swift is confident of attracting a big audience this year, especially if Blake is in the mix.

“There are very few people in Australian television who bring an audience with them,” he told TVTonight on April 12.

“Hamish Blake is one of them. Simple as that.”

And The Voice? Rejuvenated after the format was let go by Nine in 2020, it attracted audiences of more than one million for 14 episodes.