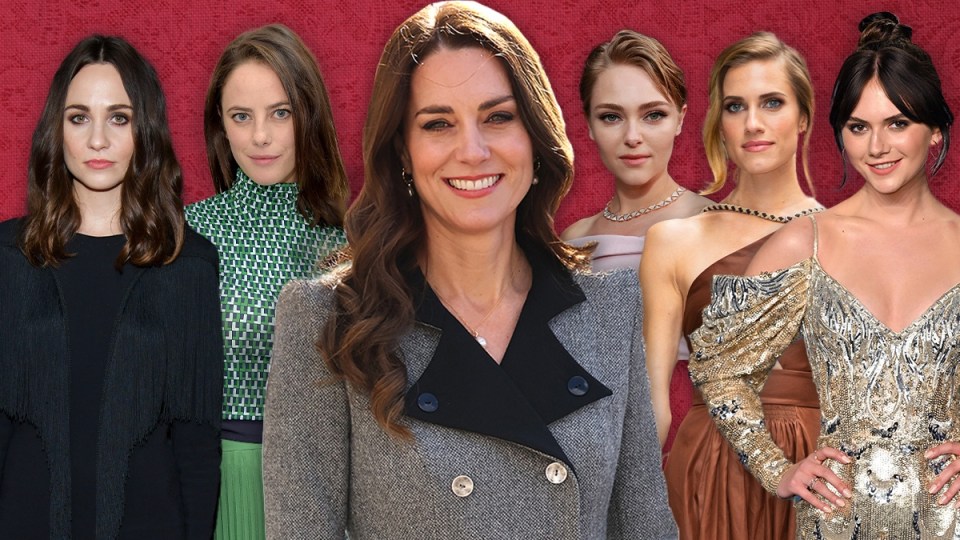 The producers of The Crown are reportedly on the hunt for a Kate Middleton lookalike. Photo: TND

With season five of the popular Netflix royal drama The Crown to premiere later this year, scouts are already looking for an actor to play the Duchess of Cambridge, in the following season.

And there’s every chance her inclusion would boost the viewership figures.

“Having the Duchess of Cambridge is an easy win for The Crown, as it will get more people watching,” a TV insider told the UK’s Sun newspaper.

“Particularly as it will show her relationship with William just as their romance starts to blossom when they were both students.

“But since she’s not necessarily a crucial part of the storyline, Kate’s presence is essentially a bonus. They’ll only cast someone if they can find the right candidate.”

The Sun reports the sixth season will track the couple from when they met at the University of St Andrews in Scotland, where they took the same art history classes in 2001.

They were both 19 years old.

Vogue describes their real-life fairytale, bumping into each other in corridors and eating breakfast together in the same St Salvator’s dining hall.

“During their second semester, however, sparks started to fly. Kate, a shy, girl-next-door type, became the talk of the campus after she strutted down the runway of a charity fashion show in lingerie in 2002.

“In March 2004, paparazzi captured the two skiing together in the Swiss Alps. The Sun blasted the news all over their April 1 front page: “Finally … Wills gets a girl,” read the headline.

“Just like that, Kate Middleton was thrust into the spotlight – and never left it”.

AnnaSophia Robb, 28, was an American child actor who came to prominence after playing the supporting role of Violet Beauregarde in Tim Burton’s Charlie and the Chocolate Factory in 2005.

The awards came soon afterwards, with her performance as Leslie Burke in the 2007 film Bridge to Terabithia landing her two Young Artist Awards.

These days, she’s best known for playing Dallas prosecutor Michelle Shughart in TV miniseries Dr Death, based on the true story of neurosurgeon Dr Christopher Duntsch, who left many victims either disabled or dead after surgeries.

Spencer‘s Kristen Stewart played Diana with a well-practised English accent, so it’s not out of the question for Robb to play the Duchess.

But, as with some of the other contenders, her age might be against her.

Hot off the heels of her standout performance in Oscar Best Picture winner CODA, 20-year-old English actor Emilia Jones is definitely on the radar.

English actor Tuppence Middleton, 35, has had a solid career in film, television and theatre.

She played Miss Havisham in Dickensian from 2015 to 2016, and was most recently cast in ITV 1 real-estate drama Our House based on a best-selling crime novel of the same name.

But perhaps her most relevant performance was playing Lucy Branson in historical drama Downton Abbey: A New Era.

Some say Kaya Scodelario, 30, is the spitting image of the Duchess – and her impressive catalogue of work could attract casting agents.

English actor Daisy Edgar-Jones (Normal People) is just 23, which probably puts her top of the list next to Emilia Jones.

She’s got a bit of an Irish accent thanks to her mum, but she was raised in London, giving her an upper middle-class accent when required.

The Euphoria star – and daughter of Judd Apatow and Leslie Mann – is making a name for herself in Hollywood.

People asks the question: ‘Could she make the leap across the pond and play royalty next?’

Girls star Allison Williams, 34, was part of a hilarious sketch that might just be the audition tape The Crown‘s casting agents are looking for.

Fair warning though: Williams drops the f-word in the sketch and it’s dated 2011.