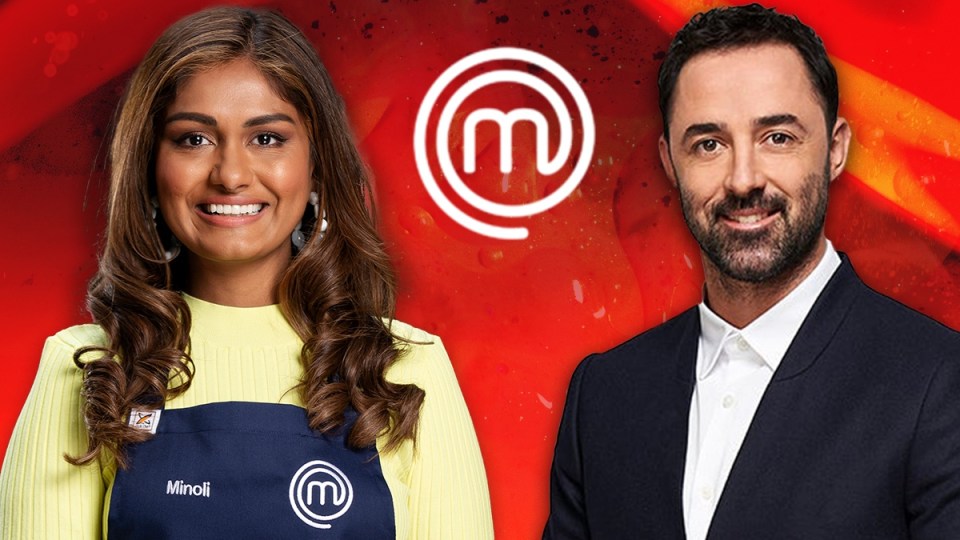 The countdown is on.

With exactly two weeks until Australia’s biggest cooking show returns for a record 14th season, one of the three MasterChef judges Andy Allen has dished out a few mouth-watering teasers to get us in the mood.

In a MasterChef Australia first, it has steered clear of selecting 24 amateur cooks to drive the show.

Instead, it has brought back 12 contestants from previous seasons who know their way around TV pressure and production deadlines – the “favourites” – and 12 home cooks who have never set foot on the hallowed ground that is the MasterChef kitchen – the “fans”.

“It took me by absolute surprise. But for me it’s been the best season we’ve ever done because there is this new format we’re doing that works,” Allen, the former electrician turned Three Blue Ducks restaurateur, told The New Daily.

“There are times when the faves wipe the floor of the fans, but it doesn’t take too long for things to even up.

“The progression of these fans is like nothing I’ve ever seen before. They’re surrounded by greatness and cooking against greatness …
when that is the case you just get better.

“They have more passion and more drive to succeed than ever. It’s made for such an interesting format.

“It is actually amazing TV to watch because it is much more of an even competition than I or anyone else expected it to be.”

Placed 10th in Season 13, Minoli couldn’t believe it when she got the phone call inviting her back as a “fave” alongside other great amateur cooks including first season winner Julie Goodwin in 2009, season seven winner Billie McKay and season 10 winner Sashi Cheliah.

“I was so excited,” Minoli said.

“My mantra for this season, any opportunity I get I have to put my style of cooking on the plate,” Minoli told TND, adding that once the clock starts, she’s not going to be looking across to fans or fellow faves and see what they’re whipping up.

“There are so many good cooks around you, and if you compare, you may lose your authenticity.”

Minoli said she’s going to cook as much of her Sri Lankan cuisine as she can.

And Allen attested to that: “There’s this one challenge where we asked people to cook a 30-minute dish. She cooked a curry. I thought, you’re a mad woman. You can’t cook a curry in the 30 minutes and it be successful. It takes time.

“This 30-minute curry blew our minds. Cooks like that, you go, she’s got something special and the kitchen is better for her being back.

“The fans are better for her being back as well, because they get to stand next to someone who is so good at that, stand next to greatness and see how she does it.”

Lights, camera, a lot of action, and a shock exit

As with all reality TV shows, MasterChef Australia will once again pack a punch in its nightly 90-minute emotional rollercoaster, with Allen admitting Goodwin has “made the competition”.

A much-loved home cook who inspired people everywhere to get in the kitchen, Goodwin spoke about her mental health battle, her admission to hospital and closing her business in an interview with The Project’s Lisa Wilkinson in 2020 after a career on TV, radio and writing cook books.

With the support of a loving husband Mick and sons, “she slowly, incrementally got better … it wasn’t the end of the world … we all need a break sometimes”.

“I have to accept it will always be a work in progress. I am capable of being depressed and anxious and it’s up to me now to keep it at bay,” she said at the time.

Allen gives us a hot tip to watch out for episode four this season.

“She has self doubt. She’s vocal about her ups and downs. She’s been outside the kitchen as well, because it is part of her journey,” he said of Goodwin.

“To hear a woman that has gone through what she has gone through, and feeling what she’s feeling, she’s very open. Episode four, mark it in your calendar. I assume it will be some of the most amazing TV.

“To be in the room when she’s pouring out this emotion, it is touching. And it touched all of us.”

Favourite Minoli is just a fan, and can’t wait to cook with Goodwin in the kitchen.

“When I saw Julie Goodwin was going to be part of this season, like in the ad, I was bricking it. I couldn’t believe I was going to meet her. She’s the MasterChef queen.”

Although Allen won’t give anything away, MasterChef fans can expect a shock exit.

“I can’t say what it is. There is something that happens to one of the contestants that ultimately sends them home. It’s such a blindside.

“But it’s reality. And it’s what sent that person home.”

A fan or fave?

MasterChef Australia: Fans & Favourites premieres on April 18 at 7.30pm on 10 And 10 Play On Demand

MasterChef Australia: What to expect from the 14th season